The Medieval Murderers: The Deadliest Sin

Read a story involving children or a young adult book, or set in the Middle Ages, or a book whose cover is primarily orange (for the Dutch House of Orange) or red (for St. Nick’s robes / cloak), or a book with oranges, tangerines, walnuts, chocolates or cookies on the cover. 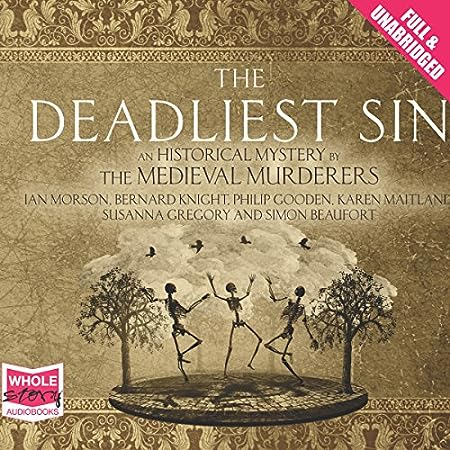 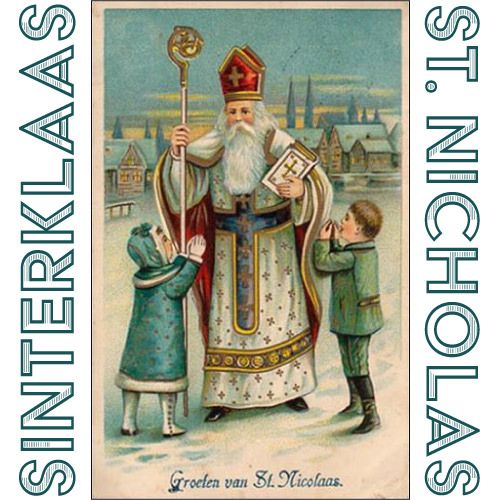 The Deadliest Sin is the tenth and final installment of the Medieval Murderers series of historical mystery round robins.  Unlike in the other books belonging to the series, this time we are not following one particular (allegedly cursed or unlucky) object through the centuries, from the Middle Ages to the present day; but, rather, the book’s format follows that of the Decameron and the Canterbury Tales, focusing on a group of pilgrims who, in the early days of the 1348 plague epidemic stop at an inn on the way to Walsingham Abbey, and decide to pass the time by telling each other tales showcasing the Seven Deadly Sins, with the aim of determining which sin is the worst.

Of all the writers in the Medieval Murderers group, only Ian Morson and Susanna Gregory connect their contributions to their “regular” series, or to characters whom they have used in the MM round robins before: Ian Morson chooses as his chapters’ narrators descendants of his regular series protagonists (Falconer and Zuliani); Gregory sets her story in Carmarthen Castle, with ts (historical) Constable Symon Cole and his wife Gwenllian, who already featured in the MM books King Arthur’s Bones and The First Murder, as the protagonists (the chapter’s narrator is another witness to the events).  Of course, the choice of protagonists in these chapters was a tip-off as to the authors; I initially started out listening to the audiobook without paying attention to the authorship of the individual installments — which interestingly also provided a bit of unintended bias confirmation, in that even without knowing the author, I instantly found that Michael Jecks’s contribution was (once again) the one that impressed me the most.