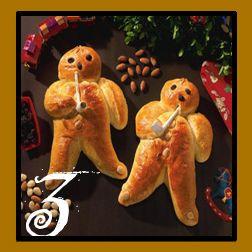 St. Martin’s Day, also known as the Feast of Saint Martin, Martinstag or Martinmas, is the feast day of Saint Martin of Tours (Martin le Miséricordieux, a Roman soldier turned monk after his baptism), and it is celebrated on November 11.  This is the time when autumn wheat seeding was completed, and when historically hiring fairs were held where farm laborers would seek new posts. – The best-known legend associated with his life is that he once cut his cloak in half to share with a beggar during a snowstorm, to save the beggar from dying from the cold.  In a dream, St. Martin saw the beggar revealed as Jesus Christ.

St. Martin’s Day processions – which typically end up with a bonfire – are held in the evening, with participating children carrying colorful lanterns (often homemade).  The goose became a symbol of St. Martin of Tours, because legend has it that when trying to avoid being ordained bishop he hid in a goose pen, but was betrayed by the cackling of the geese.  (St. Martin’s feast day falls in November, when geese are ready for killing.)  He is also credited with helping spread viticulture in the Touraine region.  A pastry associated with St. Martin’s Day in parts of the German-speaking world is the “Weckmann”, a sweet yeast dough figure with raisin eyes clutching a white clay pipe.  (Elsewhere, it’s more commonly eaten on St. Nicholas’ Day.)

Read a book set on a vineyard, or in a rural setting, –OR– a story where the MC searches for/gets a new job. –OR– A book with a lantern on the cover, or books set before the age of electricity. –OR– A story dealing with an act of selfless generosity (like St. Martin sharing his cloak with a beggar).

Other Tasks: Write a Mother Goose-style rhyme or a limerick; the funnier the better. –OR– Take a picture of the book you’re currently reading, next to a glass of wine, or the drink of your choice, with or without a fire in the background. –OR– Bake a Weckmann; if you’re not a dab hand with yeast baking, make a batch of gingerbread men, or something else that’s typical of this time of the year where you live. Post pics of the results and the recipe if you’d like to share it. 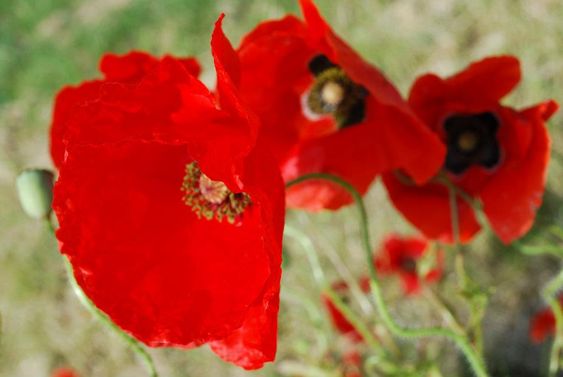 Read a book involving veterans of any war, books about WWI or WWII (fiction or non-fiction). –OR– Read a book with poppies on the cover.

Make, or draw a red poppy and show us a pic of your red poppy or other symbol of remembrance –OR– post a quote or a piece of poetry about the ravages of war.