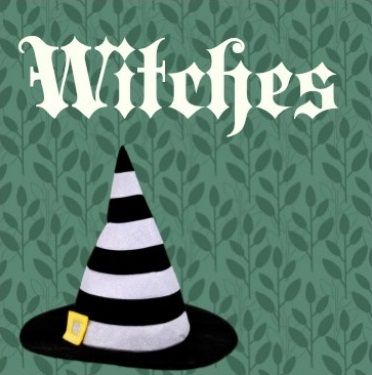 The first book of the Witches subseries and one of the earliest Discworld novels overall (it’s book #3 of the series): by Pratchett’s standards a slight book, which I knew going in, but since I’d started to read the Witches books subseries, I ought to go back and catch up with the beginning at some point before proceeding to far.

Still, it’s an enjoyable enough ride; Granny Weatherwax is there (Nanny Ogg and Greebo aren’t, though); and we do end up at the Unseen University, where Granny engages in a battle of magic with then-Archchancellor Cutangle, which ends up having some odd foreshadowings of Granny and Ridcully.  Ankh Morpork — and indeed, even the market town closest to her Ramtops village — is more “forn parts” to Granny than it will be ever after, which of course, however, doesn’t stop her in the least from shepherding a youthful female wizard (yes, not a witch) all the way there once she has reconciled herself to the unheard-of notion that women of the magic persuasion can in fact be anything other than witches, even if they only got there accidentally, because a dying wizard didn’t pay attention and conveyed his staff to an infant girl instead of the eighth son of an eighth son.  (In case you’re wondering about the difference between wizardry and witchcraft, it’s to do with whether you use the forces of air or earth, and how you treat your fellow furred and feathered creatures.)  Along the way, we get lots of opinionating — Terry Pratchett’s, the witches’ and various wizards’ — about whether there is such a thing as “a woman’s (witch’s) proper job” as opposed to “a man’s (wizard’s) proper job”, and if so, what exactly either of these might consist of, and whether or not women (witches) should be allowed to succeed in storming the battlements of a place of higher education.

I began reading this on August 30, when Moonlight Reader opened up the “Halloween Bingo Pre-Season” and I could easily have finished it the next day; I had to stop myself on the edge of the book’s climax so as to make it count towards the bingo. — It’s been fun to go back to the roots and visit the place from where Pratchett’s amazing talent began to evolve, and by many another author’s standards I’d have probably rated this even higher than I did.  Still, it has made me appreciate the later entries in the Discworld canon even more — and I’m now looking forward even more to returning to Discworld at its best!

Addendum: This book grew on my somewhat more upon rereading — my current rating is 4 stars.  Granny just rules.