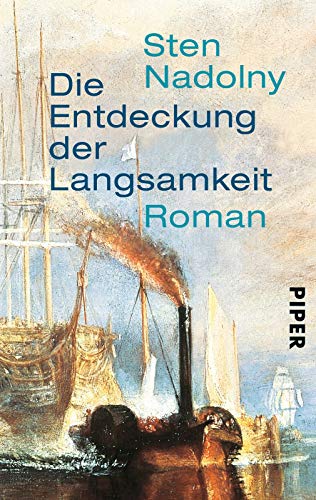 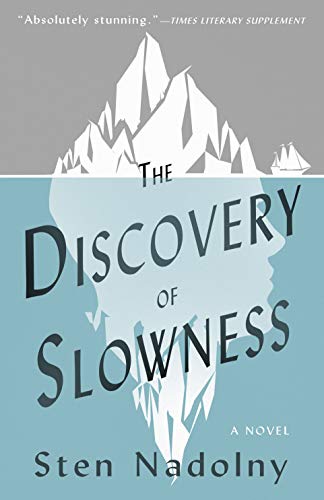 The North West Passage, and to each his own time.

In recent years, polar exploration has regained much attention; particularly so the voyages of Antarctic explorer Ernest Shackleton. Relatively little, in comparison, is known about Sir John Franklin, who after several expeditions to the Polar Sea lost his life shortly after having discovered the North West Passage in 1847.

Working from Franklin’s own accounts, other historic sources and several scholarly treatises, German author Sten Nadolny in 1983 published an award-winning and (at least in Germany) highly successful novelized biography of Franklin. But The Discovery of Slowness (German title: Die Entdeckung der Langsamkeit) is no mere rendition of the facts of Franklin’s life, fascinating though they may be. Nadolny sees Franklin as a proponent of the idea of giving to all persons and things their own time; of not being unduly rushed, nor influenced by outside factors over which one has little (if any) control: then and now, an unusual concept in a world growing faster by the day.

Growing up in Spilsby, Lincolnshire, Nadolny’s Franklin is a perpetual outsider, seemingly handicapped by his slowness, which renders him defenseless against spiteful attacks and unable to follow anything occurring at an even moderately fast pace, including speech. Early on, John thus turns his desires to the sea, which he perceives as a dark and boundless ally. He tries to run away to a nearby port, but is recaptured and sent to boarding school. There, an enlightened teacher eventually shows interest in him after having discovered that “the student F.” (as he entitles a treatise based on his observations) is not simply slow but rather, takes particular care in observing things, and anything once lodged in his brain will be lodged there forever.

To deal with the difference between his own pace and that of the world around him, Franklin adopts a number of varying techniques: A stare enabling him to bypass quick action, memorized phrases to cover the breaks he needs in longer sentences, and a mental sorting system to distinguish issues in need of immediate address from those requiring long-term care. And as he grows older, his behavioral patterns progressively shape his outlook on the world and personal philosophy.

On his teacher’s recommendation, Franklin is allowed to board his first ship at age fourteen. A few years later, he joins the Royal Navy and, rising through the ranks, witnesses the 1801 Battle of Copenhagen, the Battle of Trafalgar, and a campaign against American forces before New Orleans, during which he is wounded. Having already participated in the 1801-03 expedition to Australia led by his uncle, renowned navigator Matthew Flinders, Franklin receives his first commission for a voyage to the North as the commander of one of two ships sent to explore the Polar Sea north of Spitzbergen in 1818. However, both ships are damaged by the drifting floes of a large ice field and forced to return home.

Unsatisfied, Franklin requests – and eventually receives – a commission for a second voyage, this time a land expedition; his first attempt to discover the North West Passage. For its sheer gripping storytelling, this 1819-22 trip is one of the highlights of Nadolny’s book; particularly the return journey, which confronts Franklin’s crew with sorrow, hunger and death, from both starvation and murder. (No recommended bed time reading if you value a good night’s rest.) Yet, having first suffered humiliation due to what the Admiralty considers a “failed” trip, Franklin’s no-frills account of the expedition garners him unexpected fame and fortune; and eventually a commission for a further journey to the North, which due to its thoughtful preparation and the extensive cartographic material and observations it yields is considered a success, although it, again, does not result in the discovery of the North West Passage. Franklin is knighted, his fame and fortune grows – but for the moment, no further voyage to the Polar Sea is in sight.

Somewhat reluctantly, he thus accepts the appointment as governor of Van Diemen’s Land (which he will rename Tasmania, for its discoverer Abel Tasman); telling himself that a governorship – even of a penal colony – is not substantially different from commanding a ship. Like at sea, Franklin attempts to divide responsibility between himself and his “second(s) in command,” taking personal charge of all matters requiring long-term care and leaving the issues requiring fast, immediate attention to his chief subordinates. Here, however, he is not dealing with loyal men who understand his philosophy: His personal secretary Maconochie is a pseudo-reformist radical; colonial secretary Montagu a crony of the local elite without any sympathy for Franklin’s reformatory measures, whereas Franklin’s efforts to better the fate of the convicts and aborigines reflect the humanistic qualities of a man whose empathy for all human beings and keen interest in science has developed over a lifetime spent in the company of sailors, explorers, American Indians and Inuit, through war and peace, hunger and satisfaction.

Facing opposition from the local ruling class and the politics of royal secretary Lord Stanley, Franklin is finally recalled in 1843. Upon his friends’ intervention, he is granted an audience with prime minister Sir Robert Peel, who offers him the newly-created position as royal supervisor of educational affairs; but realizing that Peel merely wants to capitalize on his apparent reluctance to take action, not implement any true reforms, Franklin declines. At last, he is granted another commission for a voyage to discover the North West Passage: his last journey, during which he (and his crew) have to realize that there is one who is more patient than even the most patient of humans – death.

“Thou … art passing on thine happier voyage now towards no earthly pole,” reads part of a poem by Franklin’s cousin Tennyson, engraved on his Westminster Abbey memorial. Franklin was certainly not the only polar explorer to whom these words could be applied. As Sten Nadolny’s book shows, he is as deserving of renewed attention as are his brethren in spirit; and not only because much yet remains unclear about the exact fate of his last expedition.

“Recognizing isn’t at all like seeing; the two often don’t even agree.” 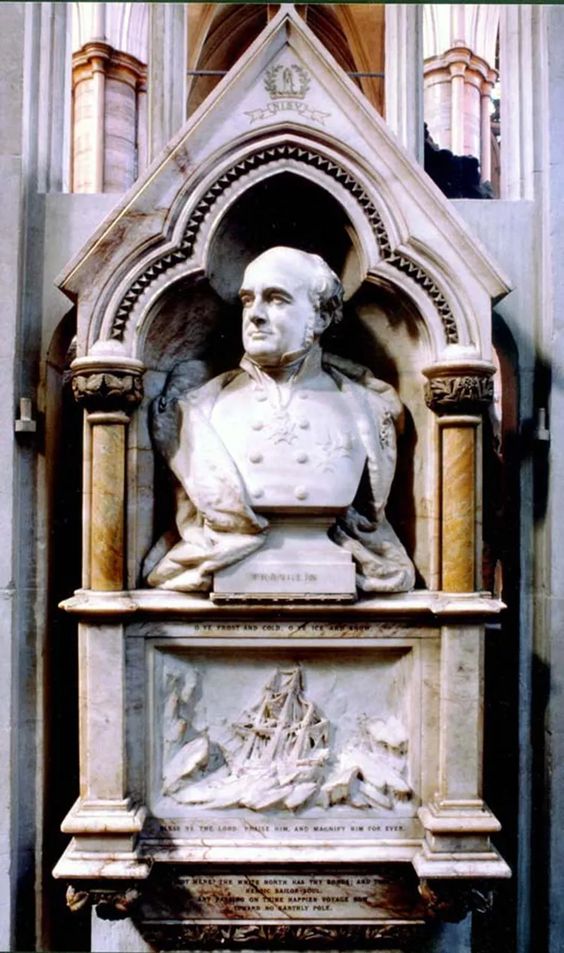