I was working late last night and Charlie decided to join me.  After having dithered a while where to take up temporary residence, he picked … a box, of course; one of the few that have, by sheer dint of emergency storage, so far survived the Big Decluttering Project.  Given that both the box itself and the topmost layer of its contents are also black and white (like him), the effect was rather cute, particularly as bit by bit, he vanished deeper and deeper into the box: 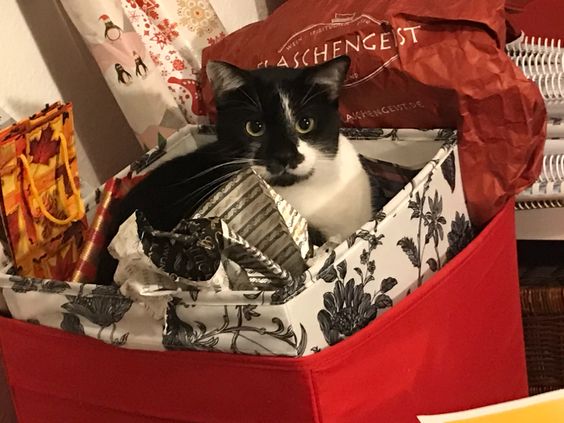 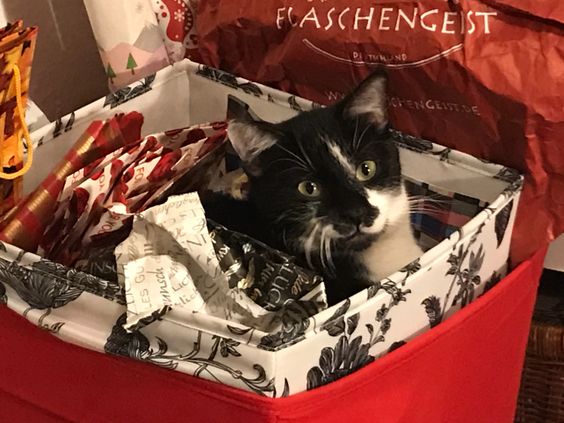 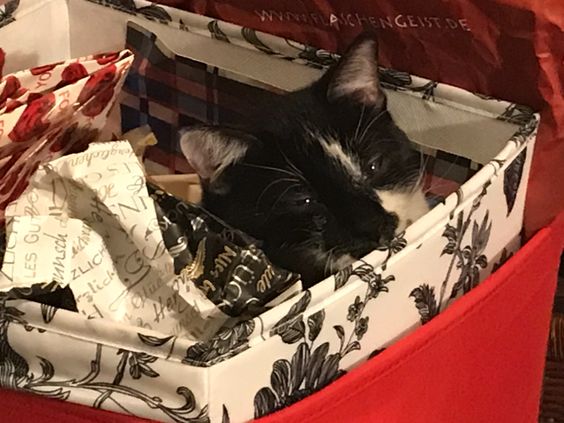 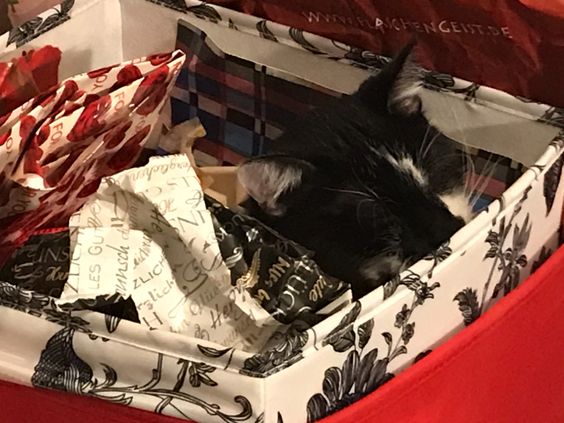 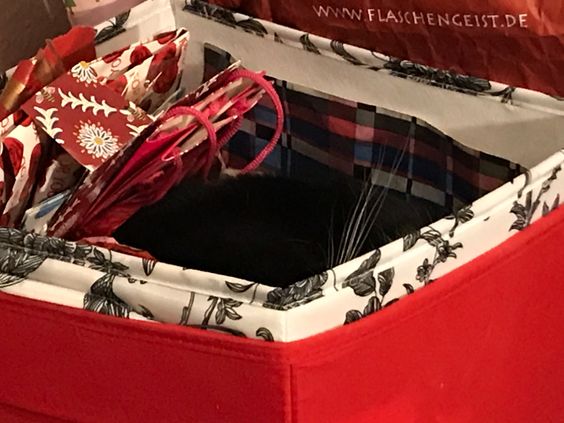 One thought on “#Stayathome Pets: Charlie, the Camouflage Cat”