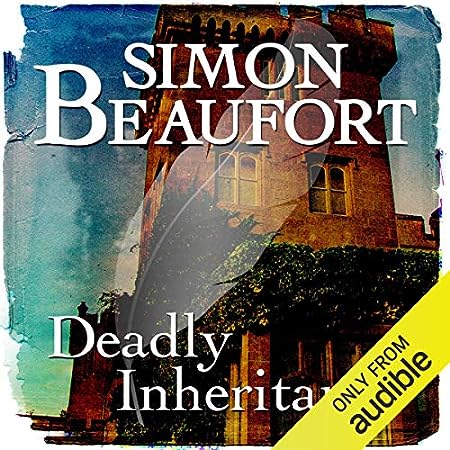 Having once had recourse to a book by a writer from the Medieval Murderers group in April, I figured I might as well go on and finally give a try to the Geoffrey Mappestone series that Cambridge academic Elizabeth Cruwys (aka Susanna Gregory) writes, together with her husband, under the pen name Simon Beaufort.  I first met Sir Geoffrey at the beginning of the very first Medieval Murderers mystery, The Tainted Relic; it is he (at the time, a crusader who has participated in the just-concluded 1099 Siege of Jerusalem) who actually discovers the eponymous relic.  I liked that opening sequence, as well as the author’s Matthew Bartholomew and Thomas Chaloner mysteries (both published as by Susanna Gregory) enough to instantly acquire the first full Mappestone book (Murder in the Holy City), too, but as is so often the case, other books intervened, and I have yet to read it.

Deadly Inheritance seemed like almost as good a choice to finally start the series, however, as it is here that we meet Sir Geoffrey ready to make a new start as it were; recently returned from the Crusades and back in his home castle in the Welsh Marches, where everybody but him seems to take it for granted that he “must” now settle down, marry and produce an heir.  His choice of marriageable females isn’t overly enticing, however — leaving aside that he himself doesn’t feel the compulsion to wed and bed anyway –, so he thinks his time is much more wisely spent in investigating the murder of his brother Henry, which had occurred shortly before his own return home.  There are some merrily sinister goings-on elsewhere in the vicinity; in fact, everything from varying hostilities and political alliances with a nearby Welsh tribe (the daughter of whose chief has embarked on a collective vendetta against all Mappestones, but primarily Geoffrey as the new head of the family, for a wrong possibly committed by one of them, namely, by the murdered Henry), to a fire at a nearby castle, witchcraft, mysterious documents, several more murders, and ultimately, an all-out attack by a joint army of Welshmen and soldiers commanded by a Norman nobleman who has forged an alliance with them in a failed attempt to further peace in the area: All of this has a bit of an “everything but the kitchen sink” feel and I occasionally wondered whether on balance less wouldn’t have been more (fewer events, that is, and a more in-depth exploration of the remaining ones, and of the characters involved in those).  Also, I am not one of the people who read historical novels because they revel in the tactical details of warfare, regardless whether fictional or historical fact: I was very glad that the Siege of Jerusalem was over (and I was spared details of the subsequent massacre) in the opening chapter of The Tainted Relic, and I could easily have done without the involved details of the final armed skirmishes between Sir Geoffrey’s party and that of his Welsh and Norman opponents in Deadly Inheritance.  But taken all in all, this was an enjoyable read, and I’m definitely looking forward to reading further books from this series, now that I’ve finally started it (even if a few books in).  I may at some point even find my way back to the very first one, which as its title indicates is, like the opening chapter of The Tainted Relic, set in Jerusalem (hopefully also after both the siege and the massacre are already over: the front cover flap of my edition, at least, promises that to be the case). 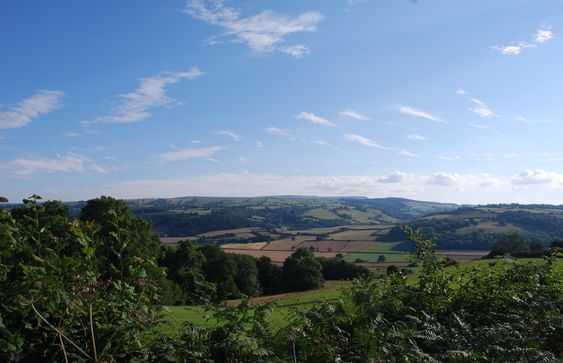 In the Welsh Marches
(photo mine)