Sharon Maas: The Speech of Angels 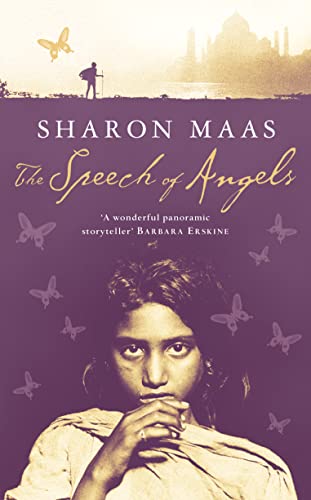 On music, life, and the healing of torn souls.

“Zwei Seelen, ach, in meiner Brust” – “Two souls, alas, are housed within my breast,” sighs Johann Wolfgang von Goethe’s Faust in one of the tragedy’s most famous scenes, torn between love and destiny, between free will and divine providence. And two souls also are tearing apart the young heroine of this enchanting novel, Sharon Maas’s third after the equally compelling “Of Marriageable Age” and “Peacocks Dancing.” For the young woman must make up her mind and find out who she truly is: Jyothi, who was swept off the streets of Bombay by a well-meaning Western couple but, foreign-looking and (on top of that) dyslexic, i.e. in the general view “handicapped,” always remained an outsider in her adoptive parents’ small-town, middle class world; or Jade, child prodigy violinist and international superstar, who overcame poverty and dyslexia to rise to fame, fortune and, it is generally assumed, happiness and bliss.

First told from a neutral perspective, the account shifts gradually to a first person narrative as Jyothi grows older, and as her outlook on music and on life in general changes. And it is music, first and foremost, which guides our heroine’s life; not just because her adoptive mother Monika – brought up with the German middle class’s view that music is a part of the Western cultural heritage and a worthwhile pursuit for that reason alone – has made her practice her violin with as much discipline as ambition once Jyothi’s talent has become apparent. No: Music is one of Jyothi’s earliest conscious impressions; the realization, come to her as she was listening to a boy practicing his sitar in the village where she lived before her family went to Bombay in search of work, that there just might be something other to life than work, marriage and child-rearing. Music also was what first brought her to the attention of Jack, her soon-to-be adoptive father, amid the dirt of a street outside the fancy Bombay hotel where he was staying with his wife: Himself a gifted musician and much more of an artist than his reserved, middle-class wife, he had started to play his guitar for her one day, and had found her singing along in perfect pitch to a song she certainly had never heard before. Thus, without the need for words, a bond had formed between Jack and Jyothi, by virtue of music alone. And so it is only natural that Jyothi soon turns to music as her preferred means of expression; relieved, by her gift to play from memory and intuition, of the necessity to decipher little black squiggles on paper (the letters, numbers and sheet music she is unable to read or write), she can say with music what she cannot express otherwise.

Yet, she always plays for others: for Monika, who first taught her discipline; then for her fans and admirers, then for the man she loves. And then, finally facing the inevitability of having to find out, once and for all, who she really is and what music means to her, she breaks down – in front of her audience, no less. So she goes back to the place where she has first experienced music as a language transgressing physical and mental boundaries a few years earlier; not as the dazzling Western art she herself had been practicing up to then but played by a simple Indian sitar teacher, and becoming synonymous with life itself. And reduced to the shreds of her former self (or selves) by a last fight of the two identities within her soul, she is able to make a new beginning, to rediscover music in a completely new light and to finally become whole.

“The Speech of Angels” – named for a quote from Thomas Carlyle’s essay “The Opera” – is an intensely personal journey, but also a celebration of music, that universally understood language of the praise of creation and divinity; described with an artist’s intuition in a way that almost makes the sound of Jyothi/Jade’s violin, in harmony with that of the Indian sitar, glide from the pages right into the reader’s ears and mind; enclosing him (or her) in sound and emotions, and in all the things which, in the words of Victor Hugo, “cannot be put into words and which cannot remain silent.”

“Sleeping hearts waken – dead souls are resurrected – music brings new life,” reads a short poem by contemporary American lyricist Marty Hansen-Roscoe, quoted at the beginning of “Speech of Angels;” and nothing could better sum up the contents of this book, and the impression that it leaves with its readers. This is one of the great literary finds of the year 2003; and it offers a wealth of beauty and sensual experience to anybody willing to undertake its journey.

3 thoughts on “Sharon Maas: The Speech of Angels”