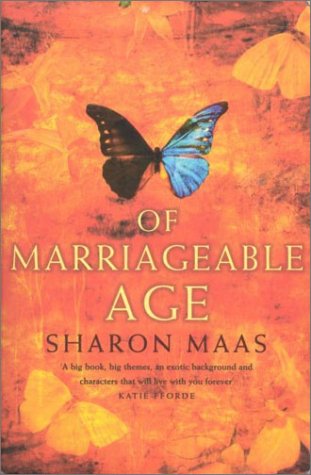 Love and cultural heritage, and perfumes from India.

An orphan boy adopted by an English doctor, living near Madras, in the Southern Indian state of Tamil Nadu: Nataraj.

A headstrong teenager, daughter of an Indian lawyer in Georgetown, British Guiana: Sarojini.

Back in Madras, earlier, a cook’s daughter, of Brahmin descent but a servant girl in an affluent English family: Savitri.

And a cast of colorful supporting characters: a strong-minded but utterly fallible and therefore most “human” father; several brothers, one mean-spirited, one good-natured but weak, and another one, in another family, loving and mischievous; a willful girlfriend with a penchant for the arts; a mother at times more feminist politician than mom; a busybody mother with a constant need to organize, control and meddle; and last but not least, a wise and patient teacher.

Sprinkle this mixture generously with compassion, humor, love in all its incarnations and that profound understanding of the Indian society which only comes from personal experience; then add the author’s personal secret touch.

These are the ingredients of the literary feast offered to the reader in Sharon Maas’s debut novel “Of Marriageable Age,” bringing together the imaginative powers of a born storyteller with a lifetime’s worth of personal experience. And like an Indian meal, her novel is rich in flavors, slowly and skillfully blending a myriad of exquisite parts into a perfectly tempered composition, leaving enough room for each ingredient to develop its full perfume while at the same time creating a new, perfectly composed œuvre of its own.

We first meet each of the three protagonists when they are children: Nat(araj), whom the nuns running his orphanage have baptized Paul in order to give him a “proper” Christian name; Saroj(ini), on the brink of her teenage years, dreading the day that her parents will find a “suitable” husband for her; and Savitri, who talks to animals, has inherited a secret gift of healing never to be used for personal gain or it will be lost forever, and lives “from the inside out,” as opposed to most other people whose “thought-bodies” make them live “from the outside in.”

Over the course of several decades, we follow Savitri, Nat and Saroj as they make their way into adulthood and as each of them faces their own personal demons. Nat, modestly brought up by his adoptive father in a small Indian village in the hope that he, too, will become a doctor and dedicate his life to helping the local rural population, must learn to overcome the temptations of city life when he is sent to London to study medicine. Independent and willful Saroj fights her traditionalist father for the right to have an education and a profession and grapples with the issue of marriage – arranged and otherwise – supported, it seems to her, only by her African high school friend Trixie and by Trixie’s feminist/politician mother. And Savitri must pay a bitter price for her forbidden love of David, the son of her parents’ British employers, when from a childhood of ease and happiness she is propelled into an adulthood laden with more than her share of hardships. As the novel progresses, slowly the three storylines come together and we learn how the fates of its protagonists are interrelated.

While “Of Marriageable Age,” as the title indicates, deals extensively with love and the concept of marriage, examining it from both the Western and the Indian point of view, it is by no means limited to these issues. Indian society and family life as a whole are under Sharon Maas’s looking glass – families and society on the Indian subcontinent (particularly its southern part), but also in British Guiana and in London. And so are the meaning of cultural heritage and its preservation, nationality, prejudice and racism; British condescension towards Indians, and the contempt of Hindu Brahmins for the caste-less British and Africans. Sarojini especially, feeling after her arrival in England that there is no nationality she can truly identify with and fearing that she will always be an outsider, discovers that it is much more important for her to simply be able to say “I am,” without having to add anything else; to assert herself in her own right, quasi as a nation of her own.

Much of the novel is set against the background of the lush tropical gardens and elegant mansions of Georgetown, British Guiana, and colonial Madras. Undoubtedly its German title, “Der Zaubergarten,” was inspired by this setting (literally, that title translates as either “The Enchanted Garden” or “The Enchanting Garden” – both versions work). Yet, there is also the indescribable poverty of India’s countryside, where one prolonged and severe rainy season is enough to wipe out entire villages, kill their old, their sick and their children, and destroy their houses, fields and livelihood. And there is the chaos, noise and dirt of India’s cities, particularly Madras – a major turnoff for many a visitor from the West and even something that Sarojini has to get used to when she first visits India, searching for her roots and her place in life. Sharon Maas makes us understand that all of these things are parts of India, as germane to the subcontinent as its immensely rich historical, cultural and social heritage; and in the process, she truly does create both an enchanted and an enchanting garden, populated by complex people, beautiful inside and out – a sparkling kaleidoscope of colors, images, sounds and scents. It is a mystery to me why this novel, which has been translated into several languages and stormed French bestseller lists under the title “Noces Indiennes,” has not yet found an American publisher, which would make it more widely available to audiences in the U.S. But I hope that this omission will only be of a temporary nature. Like the best of Indian cuisine, reading this novel is an exhilarating experience, leaving the reader completely satisfied and at the same time longing for more, and regretting that it eventually has to come to an end.

One thought on “Sharon Maas: Of Marriageable Age”