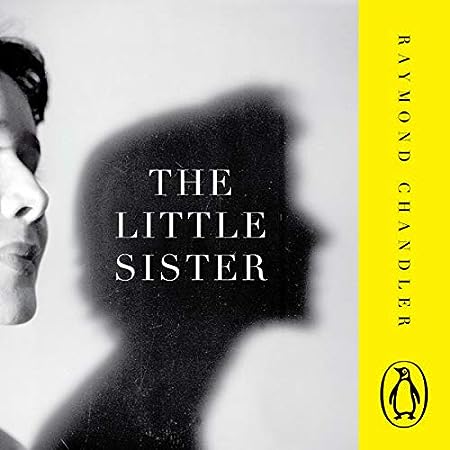 “So you need help. What’s your name and trouble?”

Private investigator Philip Marlowe’s latest client is Orfamay Quest. She’s come all the way from Manhattan, Kansas, to find her missing brother Orrin.  Or at least that’s what she tells Marlowe, offering him just 20 dollars for his trouble. Feeling charitable, Marlowe accepts — though it’s not long before he wishes he hadn’t. Soon the trail leads to a succession of Hollywood starlets, uppity gangsters, suspicious cops and corpses with ice picks jammed into their necks …

Chandler was probably a giant a$$hole in real life, and you don’t read his novels for their feminist or even just gender-neutral contents. But he nailed Los Angeles in a way that still makes the outlines of “his” city recognizable under the gloss and glamor of today’s metropolis (and in a city that considers anything older than 10 years practically ancient history, that is quite an achievement), his way with words is absolutely unequalled, his impact on the noir subgenre can still be felt decades after his death … and c’me on, Marlowe is Bogart (or vice versa). — This is an angrier book than some of the earlier Marlowe novels, which very much put me off initially, but I have to hand it to Chandler for openly addressing police brutality in the book’s final part, and unlike 99% of noir fiction, for doing so in a manner that doesn’t play it down or makes it sound perfectly natural and acceptable, but in a way that highlights that even the cops themselves know a line has been crossed (or, well, at least some of them know).