The Timeline of Arda and Middle-earth

While there is no substantial difficulty in fixing the time periods known as the Second, Third, and (beginnings of the) Fourth Age of Arda and Middle-earth, it is somewhat trickier to determine what exactly was “the First Age”, how long it lasted and which events it comprised.  For a discussion of the whys and wherefores see The Encyclopedia of Arda: The First Age (https://www.glyphweb.com/arda/f/firstage.html); for present purposes, I’ll just note the essentials: 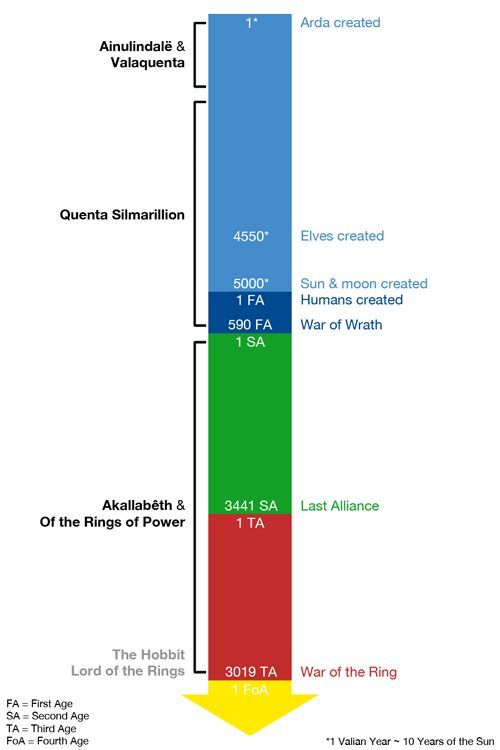 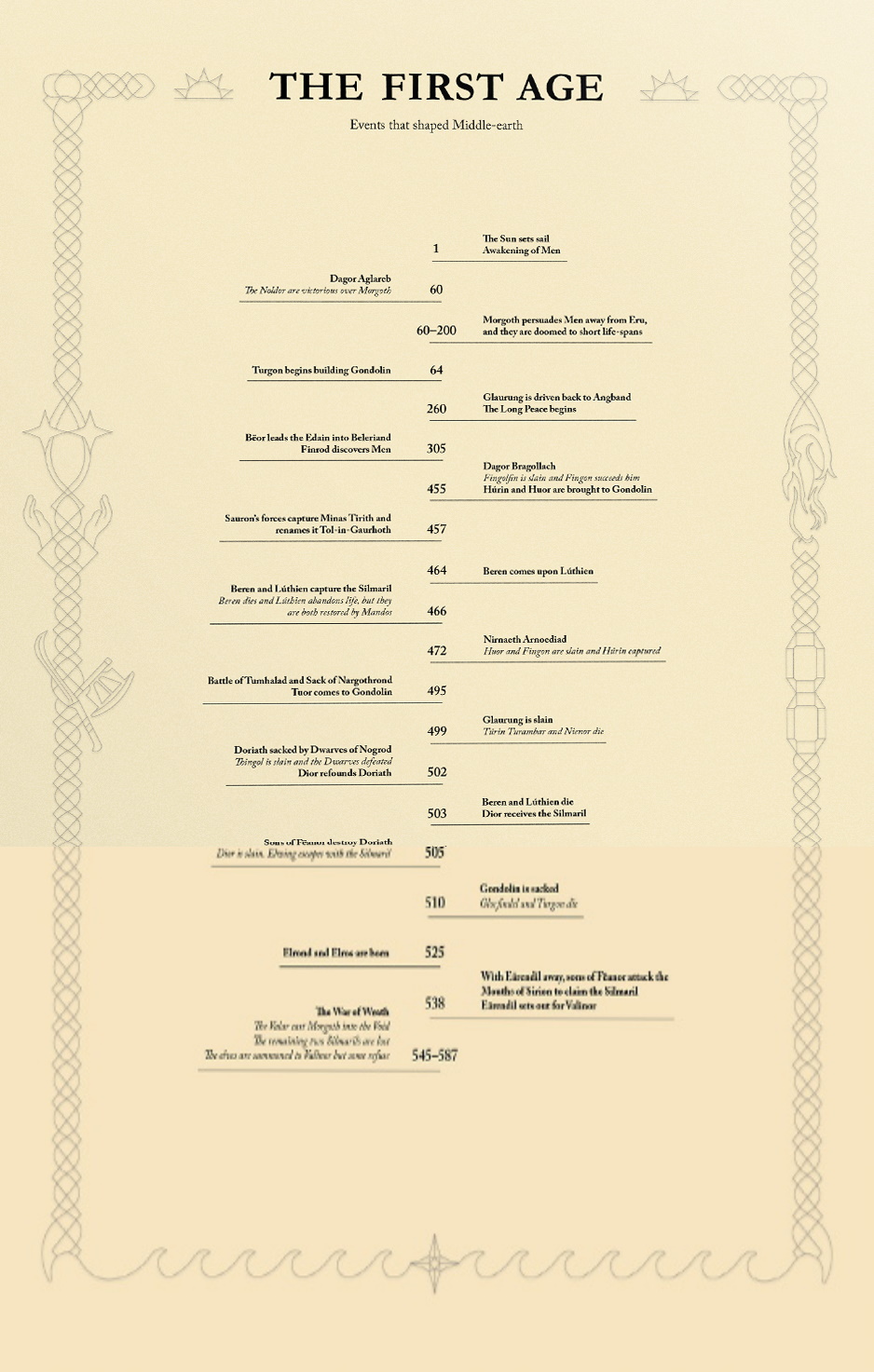 (Source)
For a more elaborate timeline of the Second Age see HERE.

The Third Age, up to the events in The Hobbit: 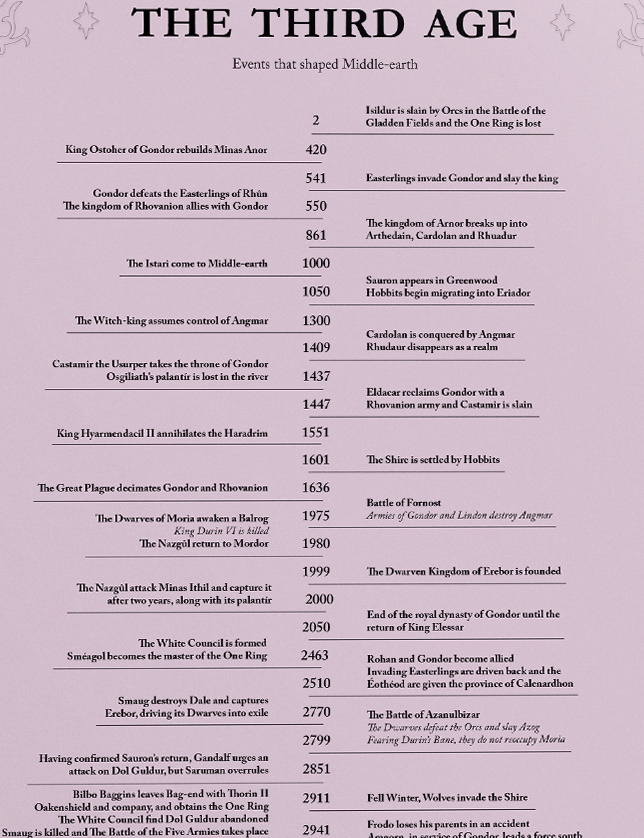 Timelines of The One Ring & The Lord of the Rings 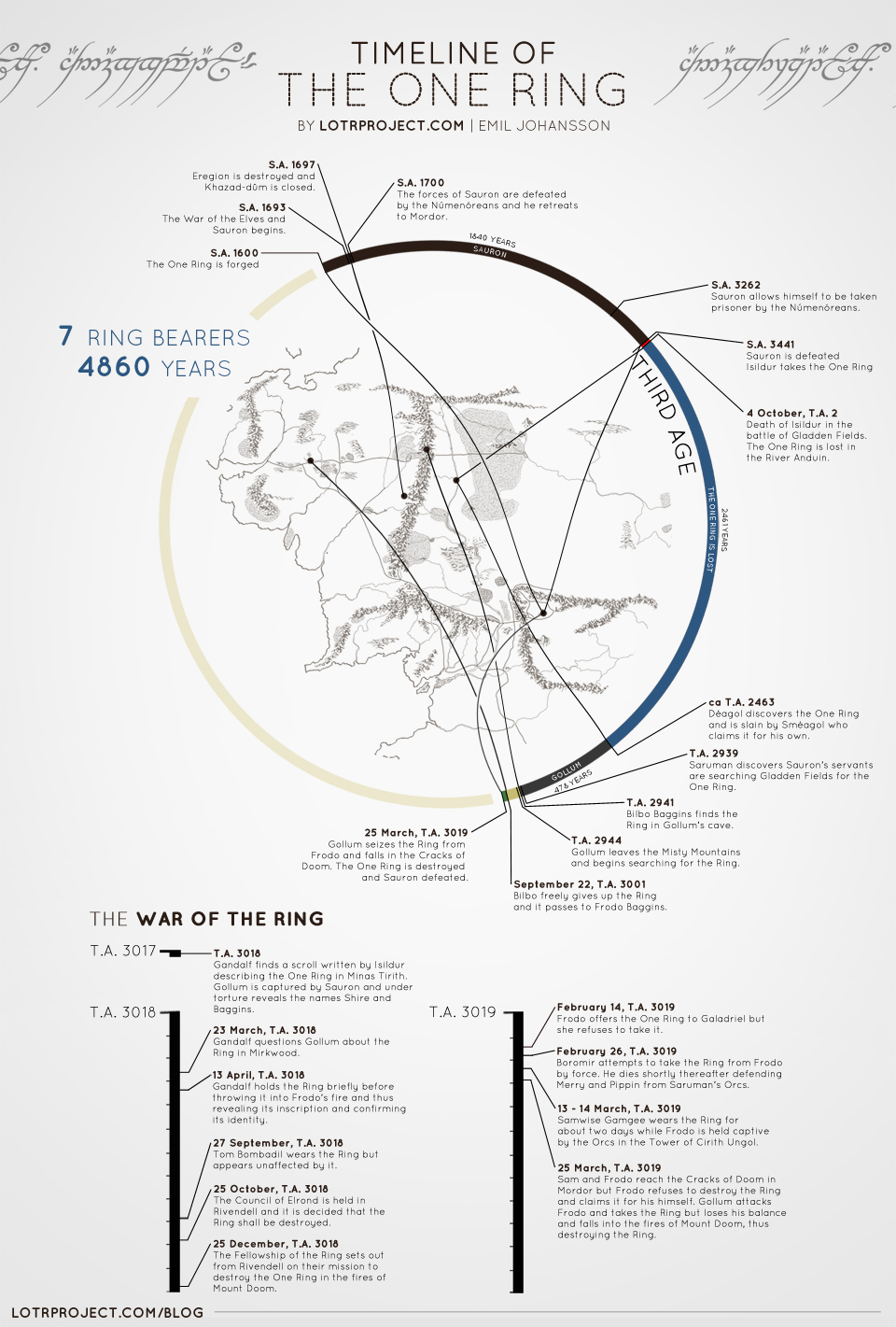 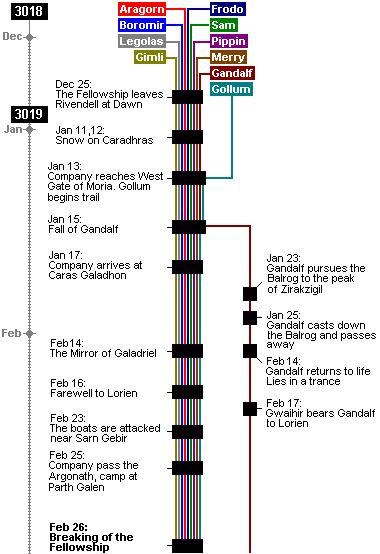 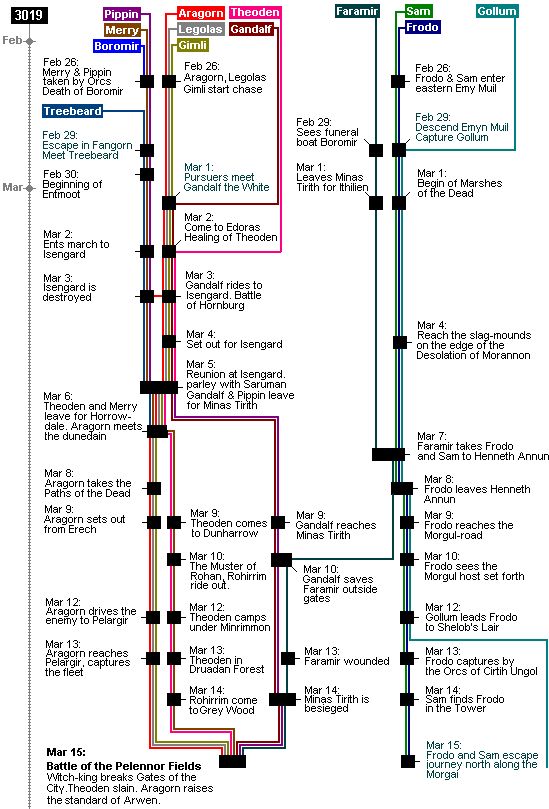 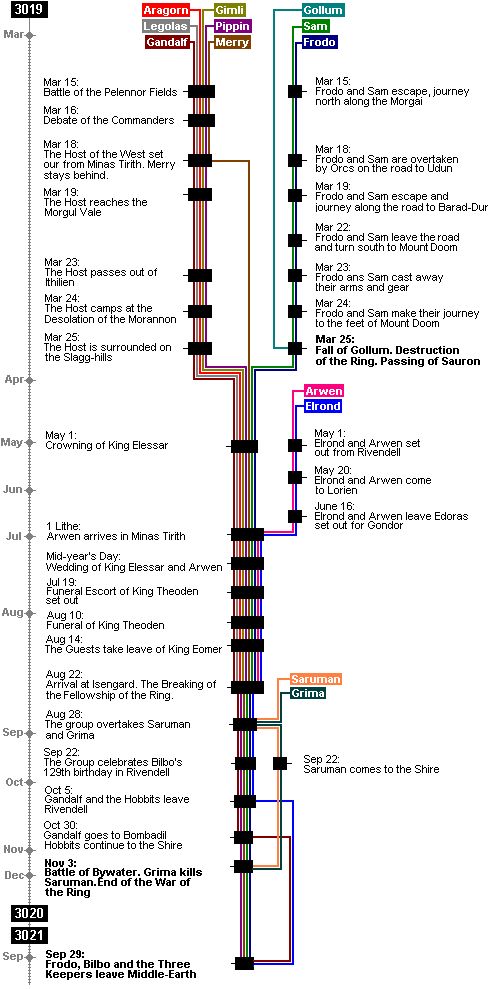 The Calendars of Middle-earth 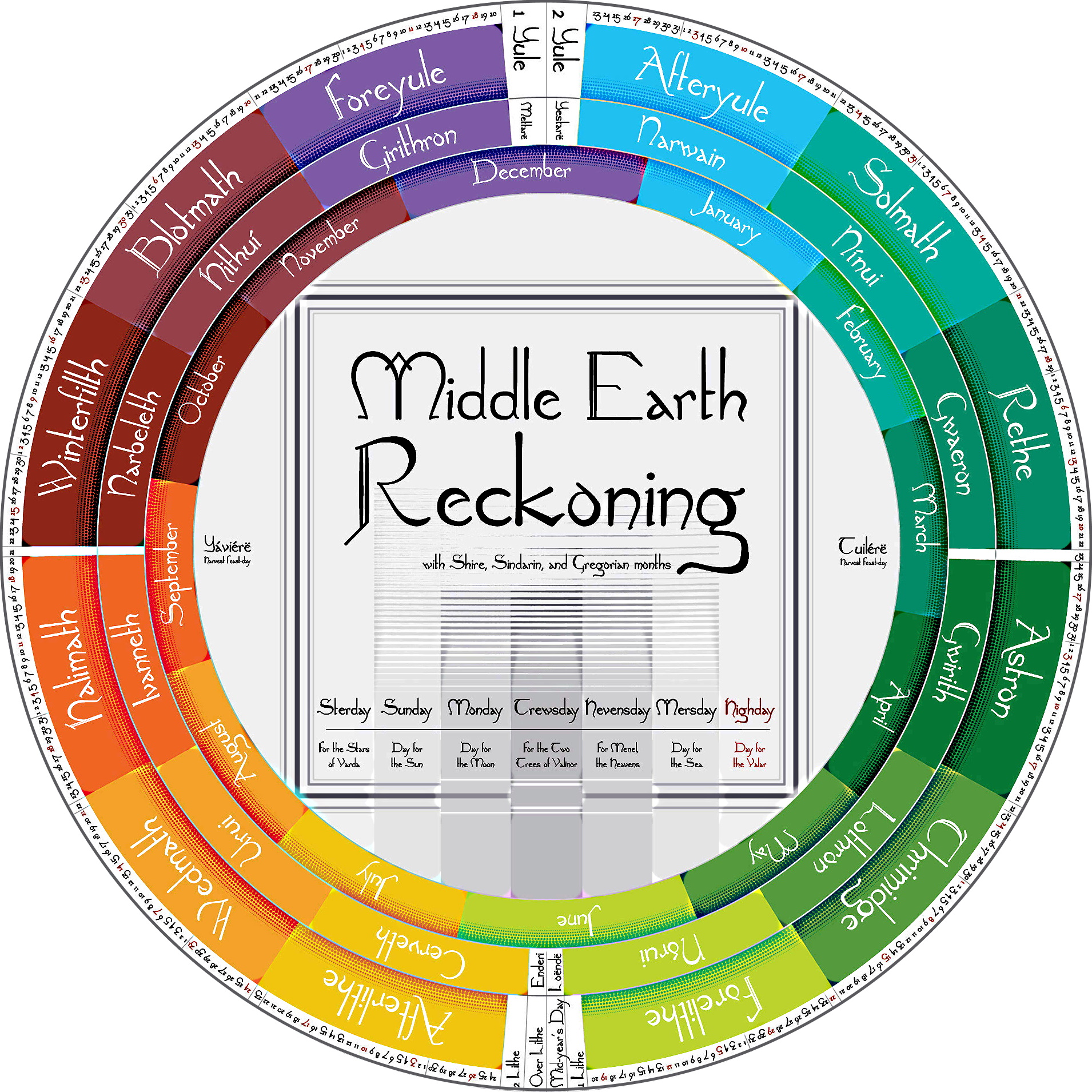 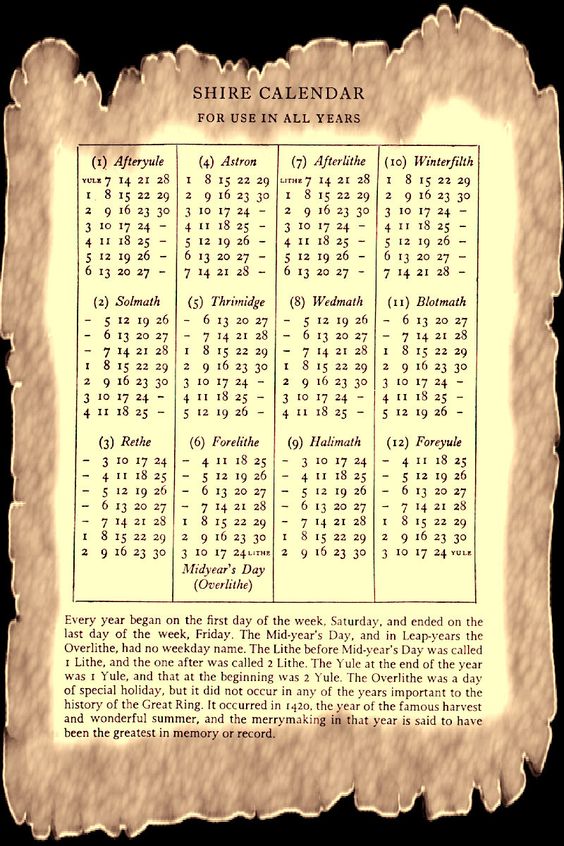 Images not specifically attributed or sourced otherwise on this and the associated sub-pages of this blog’s Middle-earth Project originate from the three-part movie adaptation of The Lord of the Rings (The Fellowship of the Ring, The Two Towers, and The Return of the King; Peter Jackson / New Line Cinema, 2001-2003) and the three-part adaptation of The Hobbit (An Unexpected Journey, The Desolation of Smaug, and The Battle of the Five Armies; Peter Jackson / New Line Cinema / Warner Bros. Pictures / MGM, 2012-2014).  Please see the blog’s Copyright and Privacy Policy page for reference to the use of third-party images under the doctrines of fair use and fair dealing.