Patrick Leigh Fermor: The Broken Road: From the Iron Gates to Mount Athos 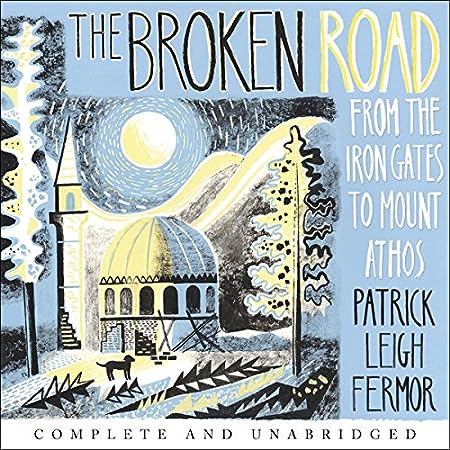 The third and final part of Patrick Leigh Fermor’s narrative of his three-year trek on foot, begun more or less spontaneously at the tender age of eighteen, from the Hoek of Holland to Constantinople.  Unlike the first two parts (A Time of Gifts and Between the Woods and the Water), which cover his wanderings in Holland, Germany, Austria, and Czechoslovakia (A Time of Gifts), as well as Hungary and Western Romania / Transylvania (Between the Woods and the Water), this third part was not completed and published during Leigh Fermor’s lifetime: for a variety of reasons he struggled with the completion of this last part of the narrative, which was left unfinished at his death and was ultimately brought to completion by his biographer, Artemis Cooper, and fellow travel writer Colin Thubron, who — with great skill, restraint, and respect for what they knew or discerned as the author’s intent — forged together a cohesive whole from the various fragments, drafts, and bits of surviving diary that he had left behind.

As such, this is in part a somewhat “rawer” narrative than the first two books, allowing the reader, on occasion, closer glimpses into Leigh Fermor’s soul (for the first time, we learn about occasional bouts of homesickness and melancholia); also, while we do actually reach Constantinople (Istanbul) at last, the city itself hardly impinges on the book’s contents, which instead ends with an extended account of Leigh Fermor’s visit of the Mount Athos monasteries.  However, Patrick Leigh Fermor’s narrative voice comes through as glorious as ever; like in the first two books, he takes us swirling and gliding on a current of exquisitely rendered observations, historical and social commentary, imagery, linguistic asides, and encounters with this polyglott author’s vast collection of friends, acquaintances, and casual encounters from all origins and walks of life, down from the Iron Gates along the Danube, across the mountains, plains, multicultural cities, and Orthodox monasteries of Bulgaria, to Bucharest and Eastern Romania, and finally into Macedonia and the mysteries of Mount Athos — never mind being severely hobbled by a nail that had buried itself in his foot somewhere in the wilds of Bulgaria and other disasters, such as almost drowning on the Macedonian coast — and crossing, along the way, cultural and linguistic boundaries that in the multifaceted hodge-podge and serpentine highways and byways of the history of the Eastern Balkans never quite seem to have aligned with national borders and identities (and they still don’t).

I was sorry to reach the end of the journey when I had finished the book — it did, however, provide for an unexpected “buddy read” experience with my mom, which proved a delight not merely for its own sake but also because only a few months ago, I’d have declared anybody predicting this sort of thing flat out insane: My mom has increasingly been struggling with her eyesight in recent years, and essentially abandoned any and every book she started on the grounds that it made her eyes ache too much to enjoy the reading experience.  So, when last summer, after having read Between the Woods and the Water, I gave her a photocopied excerpt dealing with the German-speaking part of Transylvania (the childhood home of an acquaintance of ours), all I had been expecting was a brief enjoyment and a comment such as “very interesting, thank you for sharing this.”  Instead, she began to barrage me with questions about the author and his journey, so I ended up giving her A Time of Gifts … and in (for her) short order, some two months later, had to follow up with the urgently-requested full version of the journey’s second part (Between the Woods and the Water) and, ultimately, with this final part, which at the time I had yet to read myself, too, and which thus brought about the aforementioned buddy read experience.  But not only that: in the interim, my mom has also gobbled up W. Stanley Moss’s account of his and PLF’s WWII “Kreipe abduction” mission on Crete (Ill Met by Moonlight), Artemis Cooper’s biography of Patrick Leigh Fermor, and this past weekend she embarked on his correspondence with Deborah (Mitford) Devonshire (In Tearing Haste).  In other words, my mom (born a few years after PLF finally reached Constantinople) is downright fangirling over the man … and it completely cracks me up; in all the best ways, of course. 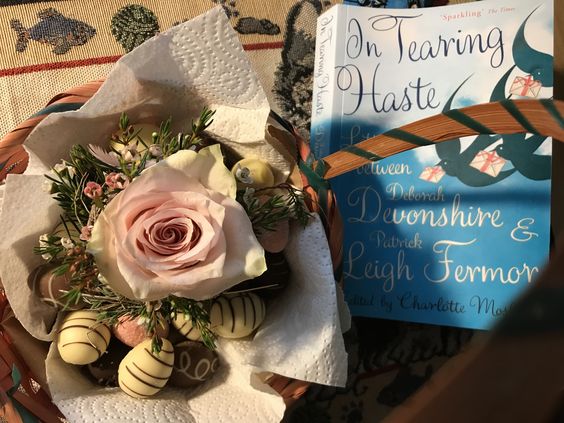 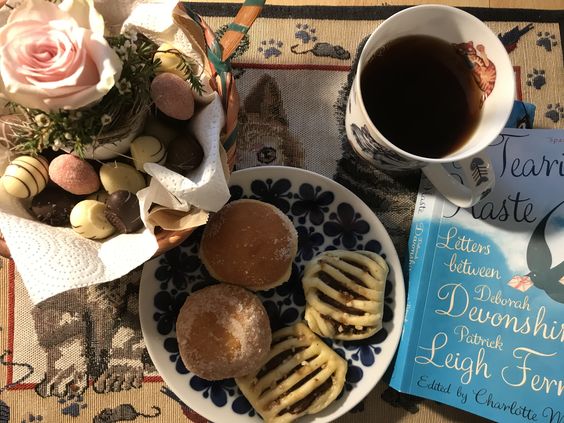 2 thoughts on “Patrick Leigh Fermor: The Broken Road: From the Iron Gates to Mount Athos”