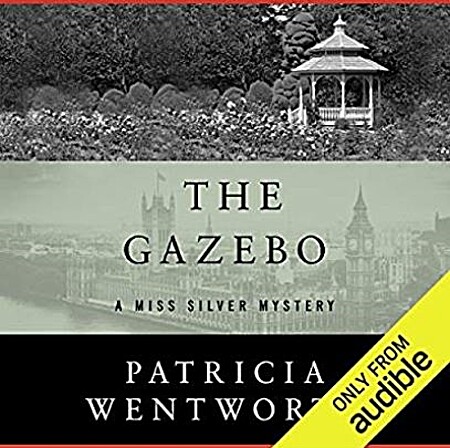 (More than The Alington Inheritance, that is.) — Still a bit too much of a whiny heroine, but at least we’re firmly back in true and trusted Maudie territory.  And it has to be said, while the victim is no Mrs. Boynton (cf. Agatha Christie, Appointment With Death), by the time she finally meets her end few would argue that the world is not a better place without her in it.

There are some shades of Grey Mask here (broken off engagement sends the hero to “forn parts”, where he roams the wilderness for a few years until he starts missing the old country and returns, only to be plunged straight into his former / still beloved’s latest messy circumstances: if there’s one trope Wentworth can be said to be overusing, it’s probably this one; e.g., it’s also the premise of Miss Silver Comes to Stay, and with a twist, of The Traveller Returns / aka She Came Back, and a key character’s surprise return also features importantly in The Watersplash, albeit minus broken off engagement) — and although this is emphatically not an inverted mystery, both the whodunnit and the core “why” is pretty obvious from the get-go.  (Or I’ve just read too many stories of that type.  But Wentworth really isn’t exactly subtle about this particular bit.)  Despite a valiant attempt on Wentworth’s part to create a plausible back story for the “who” and “why”, the motive still feels a bit contrived … or let’s say, it’s the kind of thing that pretty much only Arthur Conan Doyle could get away with (or the creators of mysteries for young readers, where it’s a particular favorite).  But at least Wentworth’s attempt here is not any worse than those of other authors using this particular trope.

Most of all, though, Wentworth’s fine eye for character(s) and human interactions shines once again — in the portrayal of abusive relationships (there are several here) as well as the creation of the comic relief, in this instance, three gossiping old-maidish sisters — who in another book might easily have had a different role (and indeed the local gossip is portrayed extremely negatively in The Alington Inheritance) but here it’s clear that they are essentially harmless and, indeed, ultimately even helpful to the investigation.  And of course, watching Maudie and her most devoted fan (Frank Abbott) is always a joy.