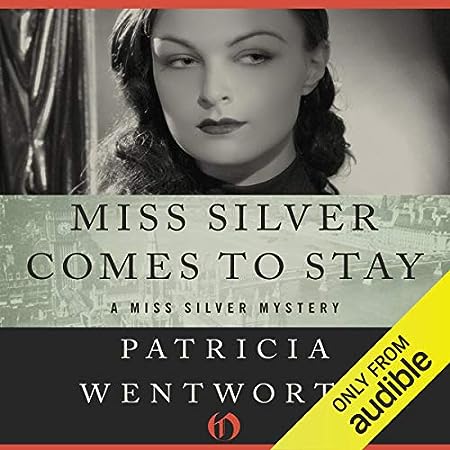 I’m getting to the point where I’m beginning to revisit “Miss Silver” books because I’ve read almost all the books in the series at least once.  (There are only some five or so books left that I’ve yet to read for the first time.)  So I figured, I might just as well start my rereads with the very first “Miss Silver” book I ever read, even before Tigus got us all hooked on the entire series, to see how my first impressions hold up now that I’ve encountered Maudie a good many times.  And I’m happy to say that yes, this is definitely still a favorite installment.

* Miss Silver should have brought cough drops on her visit to her friend.  I mean, we all know those little meaningful coughs are an indelible part of her character, but jeez, she really can’t open her mouth without beginning virtually every statement with one of them here.

* There are no less than two professionals who should have recused themselves from having anything to do with the matter (one of them on multiple grounds, at least one of which they’re openly discussing, albeit not under the headline of a conflict of interests).  The story wouldn’t be what it is without them (and their conflict), so obviously recusal can’t enter into things from a writerly point of view, but I’d still at least have liked to at least see it addressed for what it is — especially in light of the very active part that one of these persons takes in the action, which would be uncalled-for even under normal circumstances and is plainly inexcusable from a professional perspective here.  For however much I otherwise like the book, this is one of the reasons I’m withholding a higher rating.

* I love the fact that this book, for once, doesn’t focus on Wentworth’s panoply of young protagonists (strong and independent, TSTL, or otherwise), but rather, on middle-aged people.  There are a few twenty-somethings as well, but they are decidedly less interesting (and with one exception, also less important) than the real MCs, who are all in their 40s or above.  I wish Wentworth had focused on that age group in a few more of her books; she did it really well.  (I love the way how she creates characters anyway, but this book contains some of her strongest yet.)

* The plotting is rather well done here, too; similar to the way in which Agatha Christie might have done it, in fact. (And to those who would accuse Wentworth of dropping the solution deus-ex-machina-style, having revisited the book I’ll respond that there actually are enough clues spread throughout the book to allow you to at the very least form a suspicion as to the “who”, “why”, and “how”, if not actually solve the case, applying the same sort of logic that Miss Silver does.  This is all the more true as, even though Wentworth applies a technique similar to Christie’s, she does so somewhat less dexterously than Christie, so while it’s very obvious which conflicts she is interested in and why she presents the story the way she does, not every reader will necessarily be taken in entirely.)

* Frank Abbott still remains my favorite policeman in the series.  Randal March is nice enough, but no dice compared to Frank — whom even the profoundest respect for Miss Silver won’t stop from making fun of her every so often.