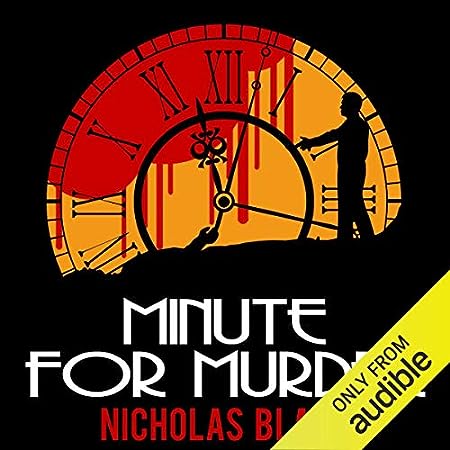 If I’ve counted correctly, this is the fifth Nigel Strangeways mystery that I’ve read, and — like the sheer inexplicable segue from the stellar Murder of Roger Ackroyd to the beyond-lamentable Big Four at a similar point in the trajectory of Agatha Christie’s career — it is proof positive that there is no such thing as a steady, gradual upwards progression to the quality of a given writer’s work, commensurate with their growing acquisition of writerly skill.

As a mystery, probably only the very first Strangeways novel, A Question of Proof, is weaker than this one, though I liked that first book well enough on grounds of setting, atmosphere and language alone.  In their turn, both the Christmas mysteries from the series that I’ve read so far (books 2 and 7, Thou Shell of Death and The Case of the Abominable Snowman) are better than A Question of Proof — and the pinnacle, so far, at least for me, was installment no. 4, The Beast Must Die.  Well, you’d think that with seven series installments under his belt (Minute for Murder is Strangeways book no. 8), and when writing about a (ministerial) workplace setting with which he was intimately familiar from daily personal experience, you should at least not be thrown all the way back to comparisons with Blake’s debut as a mystery writer; but alas, that’s just where we are.  As far as the technical aspects go (plot construction etc.) as well as in terms of setting and language, this is decidedly up to Blake’s by then established standard, but good grief, the characters’ personal relationships — and this is a book about little else but personal relationships — could have used some serious overhaul.  And compared to acknowledged masterpieces of a writer’s getting even with their former work environment, such as Dorothy L. Sayers’s Murder Must Advertise, Blake’s book positively pales, never mind that he can easily hold a candle to Sayers as a master craftsman in the use of the English language.