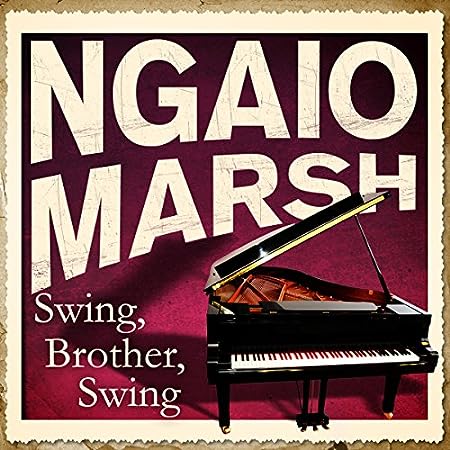 Lord Pastern and Baggot is a classic English eccentric, given to passionate, peculiar enthusiasms. His latest: drumming in a jazz band. His wife is not amused, and even less so when her daughter falls hard for Carlos Rivera, the band’s sleazy accordion player. Aside from the young woman, nobody likes Rivera very much, so there’s a wealth of suspects when he is shot in during a performance. Happily, Inspector Alleyn is in the audience.

OK, OK — final Ngaio Marsh book in this binge (at last). And this one definitely did the trick of weaning me off; it’s never been a particular favorite, and that definitely hasn’t changed this time around. (Which was, in part, why I picked it.) For one thing, it very much feels like written by rote; almost all of these characters (with only a few new or extra twirls to them) either had already appeared or would appear later, in a less two-dimensional fashion, in other books of hers. More importantly, though, here one of Marsh’s “pianos” — namely, the drug trade — is front and center. I’ll have to grant her that for once, she is describing the distribution system as such (and the way people are first introduced to heroin and cocaine) in a way that makes it sound like she had actually researched the matter. And, yes, she does show a certain amount of pity for the one character who is quickly revealed as an addict. That still doesn’t stop her from still painting that particular character as a miserable little worm, however — one of several thoroughly unlikeable characters in this book.

This mystery (like Death at the Bar) features an example of the “did he or didn’t he” type of murder scenario, combining a weapon used to apparently unforeseen lethal effect in front of an audience (as part of a bit of gangster melodrama staged to liven up a jazz band’s performance) with an exercise of blame-shifting, while the object of the blame-shifting (an aristocrat considered by most of his family to be fairly far off his rocker) seems to be intent on playing some sort of lone hand, much to the exasperation of his nearest and dearest and the investigating officers alike. The book’s saving grace are two of the younger members of the old lord’s family, who seem to be just about the only sane persons in the whole scenario, as well as — strange to say — the murder method, which is definitely among the cleverer things that Marsh has come up with along these lines; it’s intricate enough to have been invented by John Dickson Carr (though I trust it wasn’t really).

Side note. While I really like the design of the Hachette audiobook editions of the Alleyn mysteries read (in turns) by James Saxon, Ric Jerrom, and Philip Franks (and they’re usually right on the money topically, too), I suspect Ngaio Marsh would have had a few choice words to say about the cover image of this particular book: She hated cover designs revealing that the artist had not bothered to find out whether the object, people or scenes (s)he had chosen to depict actually featured in the novel at all … and I’m pretty sure she’d have wanted to take this audio edition’s cover designer to task for confusing a piano accordion with a grand piano. Not the same instrument at all! 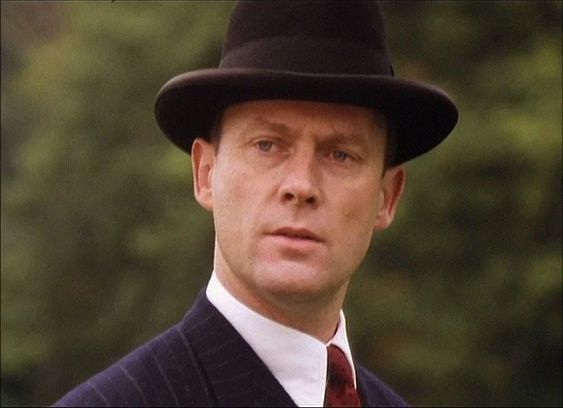