A five-volume foray into Ngaio Marsh’s Roderick Alleyn series: next to Agatha Christie’s, Dorothy Sayers’s, Margery Allingham’s and Patricia Wentworth’s one of the major Great Detective series of the Golden Age; taken together, these five writers are unquestionably the era’s “Queens of Crime.”  (I own print versions of all of Marsh’s novels, too, and pulled those in addition to the audio recordings.) 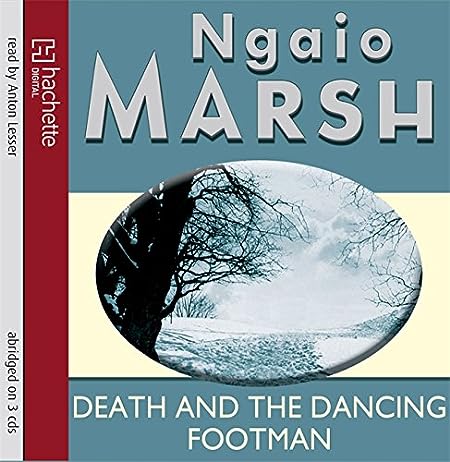 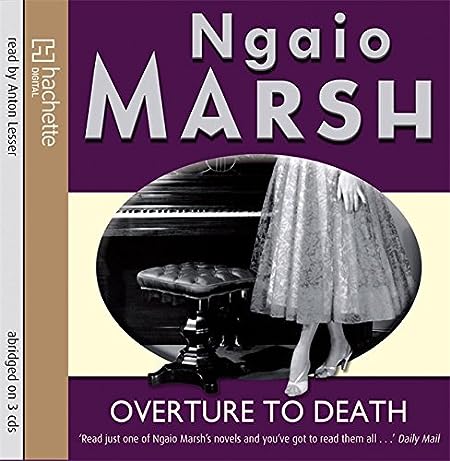 Of the five novels revisited, Death and the Dancing Footman had previously been my favorite novel and it continues to be so; it’s a slightly wacky country house locked-room mystery, where a group of guests with previously-existing antagonisms are invited to a house party … with predictable effects; and it certainly doesn’t help that the house is snowed in and thus locked off from its surroundings.

Marsh’s writing particularly shines where it focuses on characterization, and there are two settings — in addition to country house mysteries — ideally suited for this: village settings and the theatre. Overture to Death is a nice example of the former, Opening Night (published as Night at the Vulcan in the U.S.) of the latter. In Overture to Death, village jealousies and intrigues culminate in a rather cleverly-constructed “murder by piano” (with a built-in service revolver) on the day of the opening of the local amateur theatricals’ latest production. 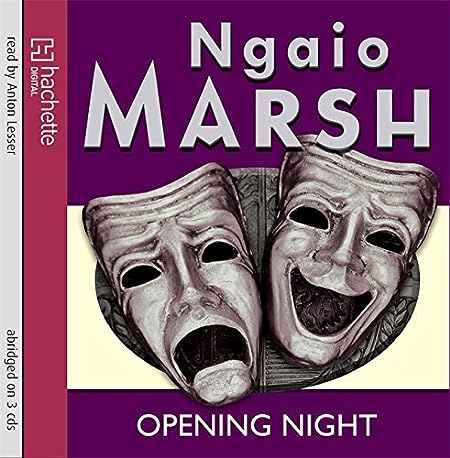 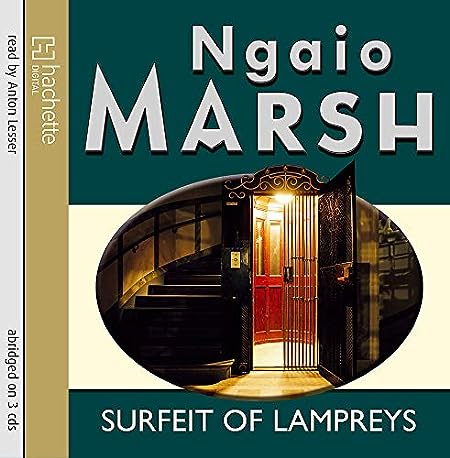 Opening Night is set in London’s West End, at the (fictitious) Vulcan Theatre, which had already been the setting for Marsh’s second Alleyn novel, Enter a Murderer; and it concerns the “death by greasepaint” of an actor who has made one enemy to many in a cast of bickering performers; plus an idiosyncratic and irrascible playwright.  (The actor manager of the Vulcan is rather obviously modeled on Laurence Olivier — and he is not the only leading actor appearing in Marsh’s novels with whom that is the case.)  As Marsh herself was, first and foremost, a highly-reputed theatrical director who had built an especially solid reputation for her productions of the plays of William Shakespeare, this particular milieu was second nature to her, and consequently her portrayals of actors and the world of the theatre are a special delight to read — and a character’s aptitude at quoting Shakespeare is a near-infallible indication that he is likely one of the “good guys.”  (Obviously, Alleyn himself speaks Shakespeare fluently.)

Opening Night is, again (and very losely speaking), an intra-series sequel of sorts to Surfeit of Lampreys (in the U.S., published as Death of a Peer), where the death of the wealthy Lamprey family patriarch brings Alleyn into an investigative encounter with the dead peer’s quirky, chronically impoverished family — one of whose sons, as a result of the encounter, eventually seeks employment with the Metropolitan Police and returns as P.C. Lamprey in the later novel. 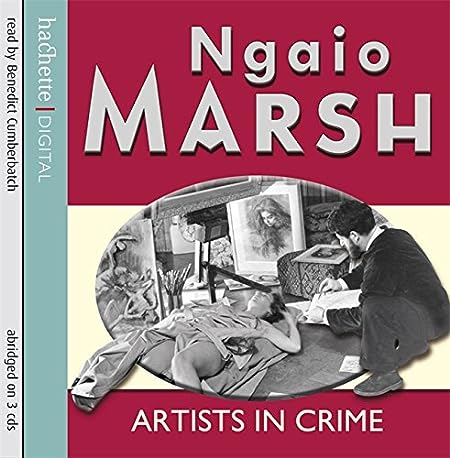 Artists in Crime, finally, is the novel where Alleyn meets his wife-to-be, the feisty, self-assured painter Agatha Troy.  Again, as Marsh (in addition to being a director and writer) was also a trained painter she could speak from experience when writing about Troy, who would become one of the series’s greatest assets and a great complement to “the nice detective” Roderick Alleyn.

Of the audio versions I listened to, I preferred the four read by Anton Lesser to the one by Benedict Cumberbatch (Artists in Crime): While Lesser clearly knew and appreciated the material, Cumberbatch did bring his considerable talent to bear, but it was rather obviously “just a job” to him and he knew nothing about the series.  This showed most obviously in his pronunciation of Alleyn’s name: Marsh had named her inspector for Elizabethan actor Edward “Ned” Alleyn, the star of the Lord Admiral’s Men (the chief competitors of William Shakespeare’s King’s Men), whose name was pronounced ALLen — and Marsh was adamant that this was how her inspector’s name was to be pronounced as well.  Anton Lesser knew and respected that — Cumberbatch didn’t, and to a fan of the series, it was seriously jarring to hear him saying All-EYN over and over again, particularly given the frequency with which the name appears.