Ngaio Marsh: Death at the Bar 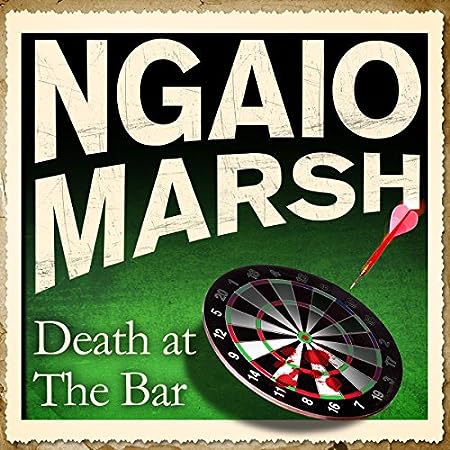 Well, as it turns out, I can’t leave well alone with just two books by Ngaio Marsh in a row, so here we go … As I revisited Overture to Death — the book immediately following Artists in Crime and Death in a White Tie — last year as part of the Appointment with Agatha Ngaio Marsh side read bonanza, I decided to just move on to the next book after that, which took me to Death at the Bar; curiously, one of several books already that I’ve read this year alone set in Devon. Having successfully united Alleyn and Troy at the end of Death in a White Tie (though unlike in the case of Dorothy L. Sayers’s Lord Peter Wimsey and Harriet Vane, we’re never treated to a report of their wedding), Marsh turned her attention away from Alleyn’s love life and back to his day job in the next several books, so we’re back to a front-and-center role of the partnership of Alleyn and Inspector “Br’er” Fox here, with (alas) not a whiff of Troy in sight.

One scenario that Marsh revisits in different guises several times over the course of the Alleyn series is “did he, or didn’t he?”; i.e., the question whether the person who “technically” brought about the victim’s death also intended this precise result — whether that person is, in other words, the murderer or merely the murderer’s unwitting instrument. This is the underlying question of the first murder in Artists in Crime, in several of her theatre mysteries (where a weapon that’s meant to be a dummy turns out to be the real thing, and an actor is killed on stage, right in front of a packed audience), and also in a number of books where the murderer makes use of an inherently perilous situation and Alleyn has to determine whether an element of “blame shifting” is at play, i.e., whether the person and instrument looking like the murderer and the murder weapon really are what they seem to be, or whether somebody else has exploited the situation and is now hiding behind the likely-looking apparent culprit. Like The Nursing Home Murder (Alleyn mystery no. 3), Death at the Bar is an example of this latter type of mystery.

Here, the obvious culprit in the murder of a successful barrister vacationing in the small seaside resort where the story is set is a shifty, suspiciously-behaving gentleman who is a relative newcomer to the community, whose only friends are his associates from the local leftist movement, and about whose background little to nothing seems to be known. After the two men have had an almost-run-in with their cars on the day of the barrister’s arrival, the lawyer keeps goading his opponent until the latter, who prides himself on his ability at darts, challenges him into a bet involving his signature trick of “lining” another person’s hand with darts without hitting a single one of their fingers. The trick, however, turns out one trick too many; and Alleyn, eventually called upon to investigate, must find out whether the victim really was killed with a poisoned dart, or whether in the turmoil following the apparently accidental injury to the victim’s finger something else was used to administer the poison that killed him (and if so, by whom). In the course of his investigation, Alleyn finds out that this hadn’t been the victim’s first visit to the village and that he hadn’t necessarily made friends only during his previous stay. The victim’s two travel companions — his cousin, a well-known actor and their joint friend, a painter (so Marsh did keep to her muttons after all) — both are set to benefit from the victim’s will and are equally obvious suspects; and further tangled relationships with yet other visitors to the village emerge over the course of the investigation. But the key suspect remains the thrower of the apparently fatal dart … so did he, or didn’t he? Things hit close to home for Alleyn and, especially, “Br’er” Fox, before the culprit is arrested at last.

The novel’s screen adaptation in the series starring Patrick Malahide as Alleyn changes the chief suspect’s political affiliations (ex-Nazi masquerading as socialist instead of genuine socialist), and it also changes the personal dynamics between several of the characters in a way I don’t much care for (inter alia, it reintroduces one of the elements that Marsh herself, blessedly, had kept out of the story, much to the story’s advantage), but otherwise it’s essentially faithful and well worth watching. 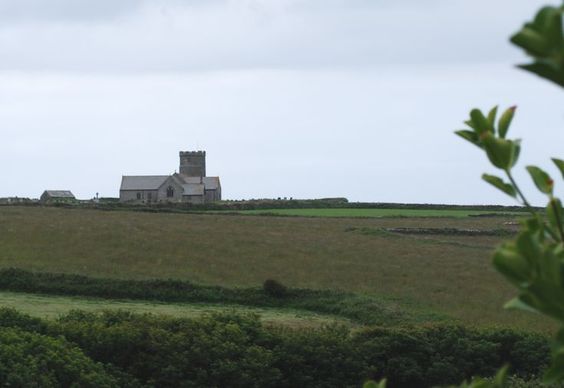 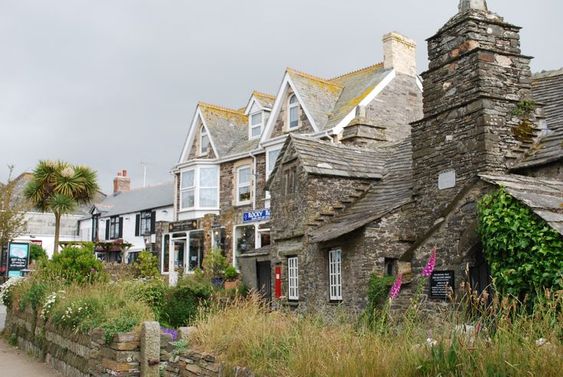 Port Isaac and Tintagel (both Cornwall), two of the filming locations of the TV adaptation of Death at the Bar (first two photos from Wikipedia; other photos mine)