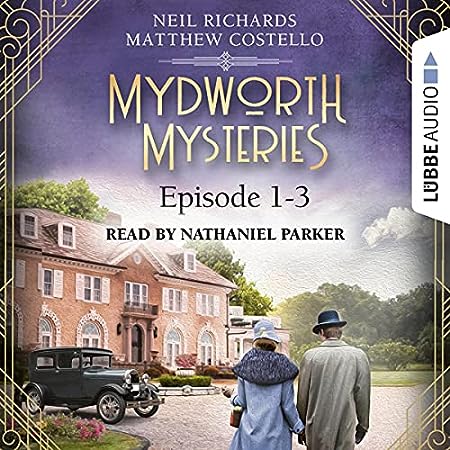 A Shot in the Dark

Sussex, England, 1929. Mydworth is a sleepy English market town just 50 miles from London. But things are about to liven up there considerably, when young Sir Harry Mortimer returns home from his government posting in Cairo, with his unconventional American wife — Kat Reilly.

A young poacher is found shot dead in the woods of a grand estate near Mydworth. A sad accident it would seem. But the boy’s mother is convinced it is murder and when Harry and Kat investigate, they find the poacher’s life was not as innocent as he made out …

When a prominent family’s daughter flees sleepy Sussex to seek a career on the stages of a glittering West End, Harry and Kat are asked to check in on the young woman. But the two of them soon discover that there is a much bigger danger to the woman and her family than mere acting dreams being crushed …

On the basis of book 1 (A Shot in the Dark), which I read late last year, I was prepared to like this series even better than Bunburry and Cherringham. However, Costello and Richards almost lost me completely in Mydworth book 2 (A Little Night Murder) and had some uphill struggle to regain my interest in book 3 (London Calling!) (they succeeded, but only just and not entirely). What despite some overly cutesy bits looked like a largely successful transposition of the Cherringham concept to the Interwar / Golden Age period of 100 years ago in book 1 came across as devoid of any understanding and sense of the period in book 2, and still with more than a little to be desired along those same lines in book 3. I’m going to need some convincing to continue this particular series; it’s decidedly third fiddle to both Bunburry and Cherringham at this point and may end up nothing more than “filler” for the dire moments when I’ve run out of fresh installments from the other two series.