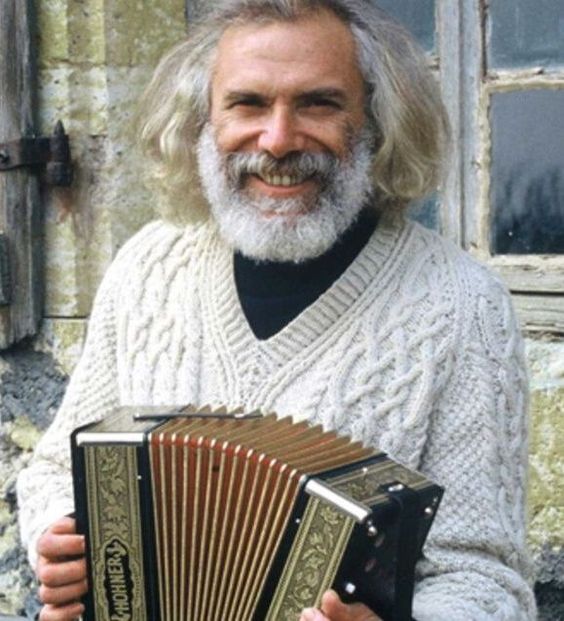 Georges Moustaki (Alexandria, Egypt, May 3, 1934 – Nice, France, May 23, 2013), was a French singer-songwriter of Italo-Greek origin, best known for the poetic rhythm and simplicity of the romantic songs he composed and often sang. Moustaki wrote songs for Édith Piaf (such as Milord), Dalida, Françoise Hardy, Barbara, Brigitte Fontaine, Herbert Pagani, France Gall, and Cindy Daniel, as well as for himself.

Georges Moustaki was born Giuseppe Mustacchi in Alexandria, Egypt on May 3, 1934. His parents, Sarah and Nessim Mustacchi, were Italo-Greek Sephardic Jews from the island of Corfu, Greece. They moved to Egypt and owned and operated a bookshop in the cosmopolitan city of Alexandria where many ethnic communities lived together. At home, everyone spoke Italian, while in the street the children spoke Arabic. The parents placed Georges and his sisters in a French school where they learned to speak French.

In 1951, at the age of 17, after a summer holiday in Paris, Moustaki obtained his father’s permission to move there as an aspiring artist, working as a door-to-door salesman of poetry books, as a journalist, and as a bartender in a piano bar. He began playing the piano and singing in nightclubs, where he met some of the era’s best-known performers. Moustaki said that his taste for music came from hearing various French singers – Édith Piaf, Charles Trenet, Henri Salvador, Georges Ulmer, Yves Montand, Georges Guétary and Luis Mariano. His career took off after the young singer-songwriter Georges Brassens took him under his wing. Brassens introduced him to artists and intellectuals who spent much of their time around Saint-Germain-des-Prés. Out of gratitude, Moustaki adopted the first name of the only musician he called “master”.

Moustaki was introduced to Édith Piaf in 1958 by a friend, guitarist Henri Crolla, whose praise of the young songwriter was so flattering that Piaf, then at the peak of her fame, requested somewhat sarcastically to hear him sing his best works. “I picked up a guitar and I was lamentable. But something must have touched her. She asked me to go and see her perform that same evening at the Olympia music hall and to show her later the songs I had just massacred,” he later recalled. He soon began writing songs for Piaf, the most famous of which, Milord, about a lower-class girl who falls in love with an upper-class British traveller, reached number one in Germany in 1960 and number 24 in the British charts the same year. It has since been performed by numerous artists, including Bobby Darin and Cher. Piaf was captivated by Moustaki’s music, as well as his great charm. Piaf liked how his musical compositions were flavored with jazz and styles that went beyond France’s borders. Moustaki and Piaf became lovers and embarked on what the newspaper Libération described as a year of “devastating, mad love”, with the newspapers following “the ‘scandal’ of the ‘gigolo’ and his lady day after day”.

In the 1960s and 1970s, Moustaki went on to build a reputation as a composer and lyricist for the biggest names in the French music industry, including Yves Montand, Barbara (Monique Serf) and Serge Reggiani, whom he also befriended and for whom he wrote more songs than anyone else. It was during this time, at the peak of his career, that Moustaki wrote some of the songs that would come to remain among his greatest hits, including Ma Solitude, Joseph and Ma Liberté, or similarly La Longue Dame brune, a duet with Barbara. His motto, taken from Antoine Blondin and Tirso de Molina, was “Man is descended from dream” (“l’homme descend du songe”).

Moustaki was an active participant of the events of May 1968. It was during this time, too, that he wrote and first performed Le Métèque, a ballad in which he described himself as a “wandering Jew” and a “Greek shepherd,” romanticizing the man of mixed origin as an eternal foreigner, ethereal dreamer, forever unattached and free; thus turning the tables on the common understanding of the word métèque’ as a pejorative term for a shifty-looking immigrant of Mediterranean origin. Serge Reggiani rejected the song and the record companies refused to produce it. Moustaki then sang it himself, on a 45rpm disc, and it became a hit. “A small, subliminal settling of scores became the hymn of anti-racism and the right to be different, the cry of revolt of all minorities,” Moustaki said of the first song not only written but also performed by Moustaki alone, which was a great international success and marked a new beginning for his artistic career. In January 1970 he had his first big concert appearance at the famed Montparnasse music hall theatre Bobino, where most of the biggest names of 20th century French music had (and have since) performed. On that occasion and thereafter, Moustaki revealed himself as an artist seeking a warm, close relationship with his audience. The title song of his 1973 album Déclaration reflected his core philosophy: “I declare a permanent state of happiness and the right of everyone to every privilege. I say that suffering is a sacrilege when there are roses and white bread for everyone.” The album was rooted in Brazilian popular music, including, inter alia, the song Les eaux de Mars, a translation of Aguas de março (lyrics by Vinicius de Moraes; music by Antonio Carlos Jobim). It also embraced certain Trotskyist notions, such as in the “permanent revolution” (one of the mainstays of Trotsky’s revolutionary theories) in the chanson Sans la nommer (“Without Naming Her”).

Moustaki became a French citizen in 1985. He continued traveling the world showcasing his music, seeking and finding new inspiration, and singing songs in French, Italian, Greek, Portuguese, Spanish, English and Arabic. In 2008, after a 50-year career during which he performed on every continent, Moustaki recorded his last album. On January 8, 2009, in a packed concert hall in Barcelona, he told the stunned audience that he was giving his last public performance as he would no longer be capable of singing because of an irreversible bronchial illness. In a press statement of October 14, 2011, he permanently retired from the stage. In his last interview given to the Nice-Matin newspaper in February 2013, Moustaki said, “I regret not being able to sing in my bathroom. But singing in public, no. I’ve done it all … I’ve witnessed magical moments.” Moustaki died on May 23, 2013 in Nice, after a long battle with pulmonary emphesema. His funeral was held on May 27, 2013. It was attended by the French Culture Minister Aurélie Filippetti and numerous personalities from the entertainment world. Moustaki was buried according to Jewish rites in a family vault at the Père Lachaise Cemetery in Paris a few meters from the grave of his former amour Édith Piaf.

The French president, François Hollande, called Moustaki a “hugely talented artist whose popular and committed songs have marked generations of French people.” French Culture Minister Aurélie Filippetti hailed Moustaki as an “artist with convictions who conveyed humanist values … and a great poet”. Paris Mayor Bertrand Delanoë remembered him as “a citizen of the world who was in love with liberty, a true rebel until his last days,” who had given France “unforgettable compositions and lyrics.” Juliette Gréco, one of France’s biggest singers in the 1960s, grieved the loss of a “poet” and “unique person”. “He was a fine, elegant man who was infinitely kind and talented,” she told RTL radio.