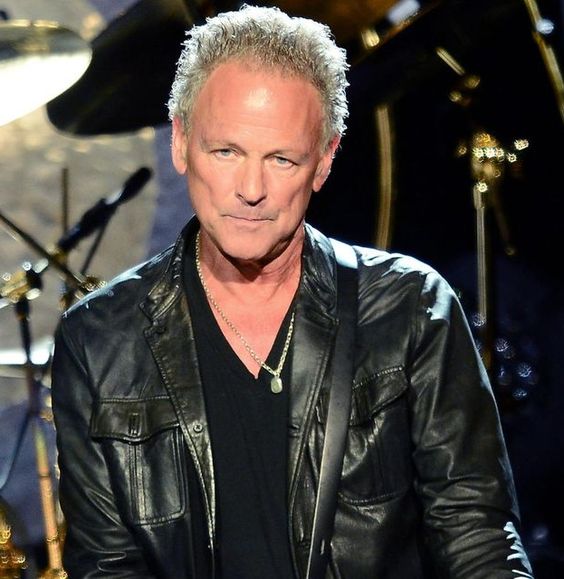 Lindsey Adams Buckingham (born Palo Alto, CA, October 3, 1949) is an American guitarist, singer, composer and producer, most notable for being the guitarist and male lead singer of the musical group Fleetwood Mac from 1975 to 1987, and 1997 to present day.

Buckingham and his then-girlfriend Stevie Nicks recorded seven demos in 1972 on an analog 4-track machine, and drove to Los Angeles to pursue a record deal. In 1973, Polydor Records signed the pair. Their album, Buckingham Nicks, was released in September 1973; soon after its release, however, Polydor dropped the duo because of poor sales. Despite Polydor’s measure, though, Buckingham Nicks has been championed by rock critics since its release. It features fine two-part harmonies backed by notable L.A. session musicians, including superstar drummer Jim Keltner. While investigating Sound City recording studio in California, Mick Fleetwood heard the song Frozen Love from the Buckingham Nicks album. Impressed, he asked who the guitarist was. By chance, Buckingham and Nicks were also in Sound City recording demos, and Buckingham and Fleetwood were introduced. When Bob Welch left Fleetwood Mac in December 1974, Fleetwood immediately contacted Buckingham and offered him the vacant guitar slot in his band. Buckingham told Fleetwood that he and Nicks were a team and that he didn’t want to work without her. Fleetwood agreed to hire both of them, without an audition.

Fleetwood Mac released their eponymously titled album in 1975, which reached number one in the American charts. However it was the second album of this new line-up, Rumours, that propelled the band to superstar status, when it became one of the best-selling albums of all time. Buckingham’s Go Your Own Way was the lead-off single, soaring into the US Top Ten.

In the late 1970s, during the time he worked on his third Fleetwood Mac album, which would become 1979’s Tusk, Buckingham also produced albums for Walter Egan and John Stewart, as well as beginning work on his own first solo album. In total, to date he has released six solo albums and three live albums, as well as appearing on several movie soundtracks. Frequently on his own recordings he plays multiple instruments (in several instances, all instruments except drums).

By the time Fleetwood Mac‘s Tango in the Night was released in 1987, Buckingham had already released two solo albums and had given up much of the material for what would have been his third solo album for the project, including Big Love, Tango in the Night, Family Man, You and I and Caroline. On several of these tracks, Buckingham likewise played every instrument. Propelled by a string of hit singles, Tango in the Night became the band’s biggest album since Rumours a decade earlier. However, following its release, Buckingham left Fleetwood Mac, largely because of his desire not to tour and the strain he was feeling within the band. Fleetwood Mac continued without him, and Buckingham was replaced by guitarists Rick Vito and Billy Burnette.

In 1992, newly-elected president Bill Clinton asked Fleetwood Mac to come together to perform the song he had chosen for his campaign, Don’t Stop, at his inaugural ceremony. Buckingham agreed to be part of the performance, but the experience was something of a one-off for the band, who were still very much at odds with one another and had no plans to reunite officially.

While assembling material for a planned fourth solo album in the mid-1990s, Buckingham contacted Mick Fleetwood for assistance on a song. Their collaboration lasted much longer than anticipated, and the two eventually decided to call upon Stevie Nicks, John and Christine McVie. The band’s old chemistry was clearly still there, and plans for a reunion tour were soon in the works. In 1997, Buckingham and all four of his bandmates from the Rumours-era line-up of Fleetwood Mac went on the road for the first time together since 1982 in a reunion tour titled The Dance. The tour was hugely successful and did much to heal the damage that had been done between Buckingham and his bandmates. However, Christine McVie left the band in 1998, now making the band a foursome. In 2003, the reformed band released the first studio album involving Buckingham and Nicks in 15 years, Say You Will. Buckingham’s song Peacekeeper was the first single from the album, and the band went on a world concert tour that would last almost a year and a half. On April 9, 2018, Buckingham was fired from Fleetwood Mac and replaced by Mike Campbell and Neil Finn.

Unlike most rock guitarists, Buckingham does not play with a pick; instead, he picks the strings with his fingers and fingernails. Initially after joining Fleetwood Mac, Buckingham used a Gibson Les Paul. Before the band, a Fender Stratocaster was his main guitar, and was used on his first Fleetwood Mac album. In 1979, he worked with Rick Turner, owner of Renaissance Guitars to create the Model One. He has used it extensively since, both with Fleetwood Mac and for his solo efforts. He uses a Taylor Guitar 814ce for most of his acoustic performances and has also used an Ovation Celebrity in the past. His influences include The Beach Boys and The Kingston Trio.

As a member of Fleetwood Mac, he was inducted into the Rock and Roll Hall of Fame in 1998. In 2011, Buckingham was ranked 100th in Rolling Stone magazine’s 2011 list of “The 100 Greatest Guitarists of All Time”. In Fleetwood Mac‘s heyday, Buckingham was known for his fingerpicking guitar style and wide vocal range as well as the famous (sometimes tense) chemistry between himself and former girlfriend and bandmate Stevie Nicks.

Out of the Cradle