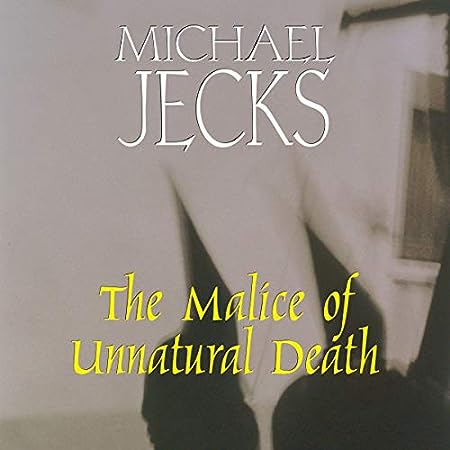 I’ve been a fan of Michael Jecks’s Knights Templar series for a number of years now, and although he pretty much grabbed me with the opening scene of that series’s very first book (and never mind that that particular book did come across as more of a typical “early” book later on), I keep enjoying how much better the series gets the further it progresses.  I am not reading it in order (though I’ve read enough books at this point to have a fairly solid grasp of the two main characters’ overall story arch) — so far this hasn’t greatly bothered me, but I may find it more difficult to go back to some of the earlier books after having read this particular installment, which, never mind its occasionally gut-wrenching scenes, is a veritable page-turner and darned near perfectly crafted in virtually every respect.  It’s also the perfect Halloween (bingo) read, in that it combines a (medieval) mystery — set in Exeter and the main characters’ nearby Dartmoor home — with apparent elements of the supernatural; concerning, as it does, the activities of a necromancer — an assassin claiming to be in league with the devil and using powers bestowed on him by the devil in order to carry out his murders (in the dead of winter, at that).  All told, this was definitely one of the highlights of my bingo reads this year.

2 thoughts on “Michael Jecks: The Malice of Unnatural Death”