Festive Tasks, Door 3 — Light(s): Read a book with the sun, or festive lights on the cover, or a book that’s set somewhere sunny. 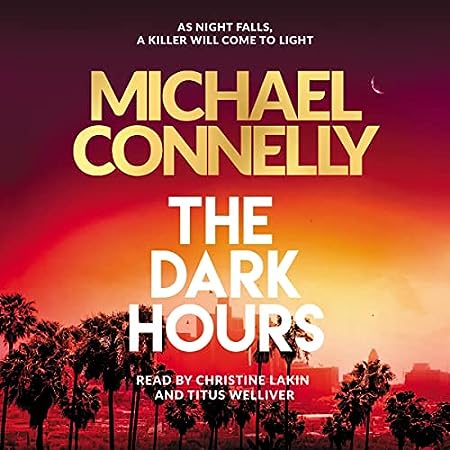 Connelly’s (to date) most recent book of the Harry Bosch universe takes us back almost exactly a year, to NYE and early January 2021 — to the final days of the Trump presidency, before the availability of COVID vaccines, and into a deeply divided society, ending with the January 6 insurrection in Washington, D.C. and its aftermath all over the country. And of course we’re still in L.A., which has always been a divided city: ethnically, in terms of income, lifestyle and opinion, and increasingly also in terms of gender.

Bosch and Ballard are in the midst of it all; or rather, chiefly Ballard is: the novel is told mostly from her POV, with Bosch markedly taking a back seat, and I suspect Connelly may be preparing us for her (and possibly Maddie) to take over for him entirely at some point. Which is fine with me; Harry has had a great run, and Renee Ballard is a great character in her own right whom I’m happily going to join if and when Harry’s moment to step off the stage comes eventually. I just hope Ballard is going to make the right decision between this and the next book; I hate the kind of de-facto cliffhanger on which this book ends, and it lost almost the full star in my rating on account of its final 50 or so pages alone (even though I can totally see how Ballard would end up with the underlying conflict and her particular solution to it).

Connelly’s writing has always been among its best when he writes about L.A.’s racial divide, and I would have wished he’d taken the opportunity of setting one of the murders under investigation in gang territory to explore the particular angle involved here in greater detail. In the other case (which involves a series of rapes), partly because it’s not such a long time since I read Fair Warning, by the time I got to the end of the book I couldn’t help thinking “what — again??” (The context in which the recurring feature shows here up is different, and conceivably even more heinous, but the feature used is the same, and it’s been a long time since Connelly has brought up essentially the same controlling topic in two books as close together as these — not since The Concrete Blonde and The Last Coyote, IIRC.)

This is still a great book, though, and Connelly is to be praised in particular for (again) managing to make his readers think about the social and politcal aspects underlying its plot without preaching. And I’m glad that for the next five minutes or so I’m actually caught up on Connelly’s writing again for a change …

This is my final book for Festive Tasks; as its cover features the glow of the (setting) sun and Southern California, even in January, is still an almost indecently sunny place, I’m using it for Festive Tasks, Door 3.