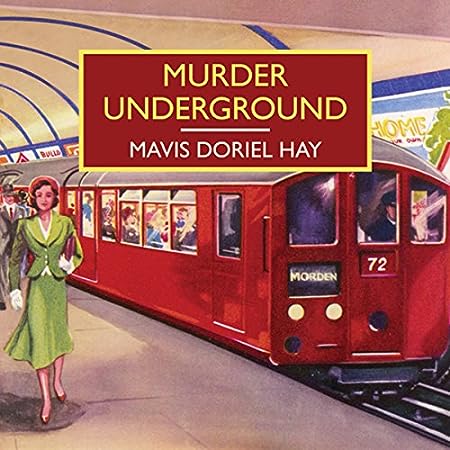 Hay’s first of the only three mysteries she ever wrote, but the last one I read.  Of the three, I’d rate it the middle entry — it’s not anywhere near as enjoyable as The Santa Klaus Murder (Hay’s final book and one of the highlights of my 2017 Christmas reads), but I liked it quite a bit better than Death on the Cherwell.  Oddly, the titular murder is completely taken as a fait accompli here: we’re not even in on the discovery of the body, never mind meeting the victim-to-be in the flesh and seeing her interact with the suspects-to-be (all of them, residents of the same North London longterm-accommodation hotel as herself; two, in addition, young relatives of hers and her presumptive heirs).

As a result, I needed quite a bit of time to find my way into the story and connect with the characters, only few of whom I ultimately ended up liking (though I will say it was refreshing to see a male TSTL character for a change).  Still, even though I had a suspicion as to the murderer early on, which turned out to be correct, it was a fun, light, if somewhat chatty read.  Hay could write, and she’d definitely found her stride by the time she got to The Santa Klaus Murder — it’s a shame she stopped just when she’d gotten going for good.