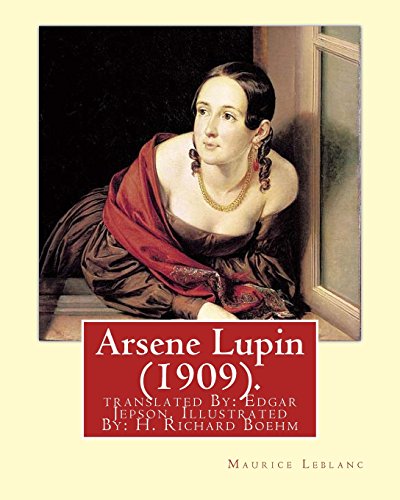 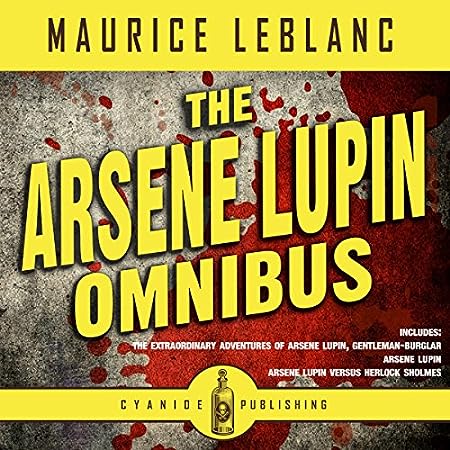 The suave adventures of a gentleman rogue—a French Thomas Crown created by Maurice Leblanc during the early twentieth century, Arsène Lupin is a witty confidence man and burglar, the Sherlock Holmes of crime. The poor and innocent have nothing to fear from him; often they profit from his spontaneous generosity. The rich and powerful, and the detective who tries to spoil his fun, however, must beware. They are the target of Arsène’s mischief and tomfoolery. A masterful thief, his plans frequently evolve into elaborate capers, a precursor to such cinematic creations as Ocean’s Eleven and The Sting. Sparkling with amusing banter, these stories—the best of the Lupin series—are outrageous, melodramatic, and literate.

13 stories:
The Arrest of Arsène Lupin
Arsène Lupin in Prison
The Escape of Arsène Lupin
The Mysterious Railway Passenger
The Queen’s Necklace
Sherlock Holmes Arrives too Late
Flashes of Sunlight
The Wedding-ring
The Red Silk Scarf
Edith Swan-neck
On the Top of the Tower
Thérèse and Germaine
At the Sign of Mercury

Enjoyable — and Leblanc should have stuck to his original concept, as laid down here.

Leblanc’s creation, gentleman thief Arsène Lupin, is everything you would expect from a French aristocrat — witty, charming, brilliant, sly . . . and possibly the greatest thief in the world. In this classic tale, Lupin comes up against the only man who may be able to stop him . . . no less than the great British gentleman-detective Herlock Sholmes! Who will emerge triumphant?

It’s easy to see why Arthur Conan Doyle was not amused.

The first entry in Maurice Leblance’s long-running series about France’s hero-thief, Arsène Lupin was originally a four-part play by French authors Maurice Leblanc and Francis de Croisset, performed in 1908. This text is a 1909 novelization by Edgar Jepson based on the play. Chronologically, it comes between The Hollow Needle and 813 (Arsène Lupin books 3 and 4).

By and large I think this would work better in its original form as a play — and only as long as you don’t know the central conceit of the Arsène Lupin stories.

Follow the exploits of Arsene Lupin, the greatest of all white-glove thieves and the original gentleman burglar.

Mystery and tension build, but humor prevails throughout as Monsieur Lupin and Chief Inspector Guerchard try mightily to outwit each other. Slapstick humor, witty asides, and some unexpected twists.

Arsene Lupin comes up against a worthy adversary – the British detective Herlock Sholmes.

Note to the narrator: The protagonist’s name isn’t pronounced like the flower (“loopin”) but — of course! — à la française and so as to rhyme with Dupin …