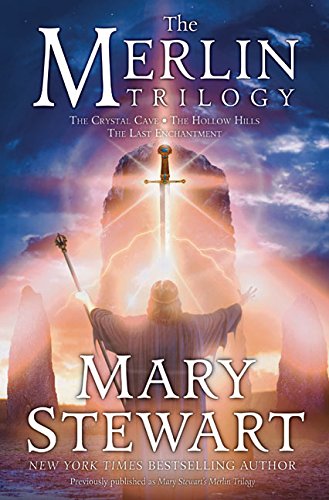 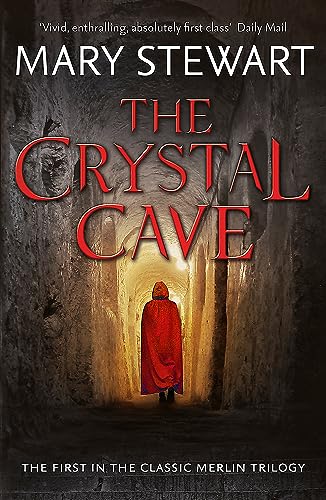 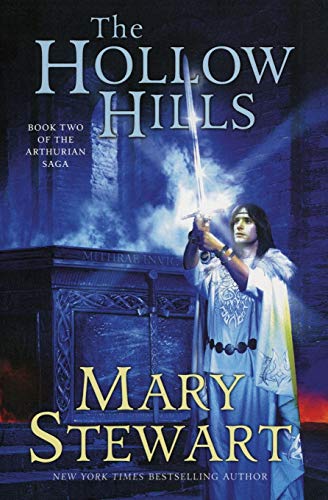 (Page numbers are for the omnibus edition.)

Well, I finished The Crystal Cave (a while ago in fact) and have now moved on to The Hollow Hills, which picks up right where the first book of the trilogy ends.  Merlin is still rather unlike the wise old wizard as whom I’d so far seen him and is becoming ever closer to what I’d so far imagined young Arthur to have been … but I’m still enjoying the read as such.

For those who care, I thought I’d share a couple of photos from the location of the final chapters of The Crystal Cave and the first chapters of The Hollow Hills, Tintagel, where legend has it that King Arthur was conceived … or, well, photos of what’s left of the Tintagel castle ruins (which incidentally date from the 12th, not from the 6th century), as well as the paths that Merlin and Uther would have had to climb, first down to the beach and then back up along the face of the cliff, to get to the castle high up on the promontory: 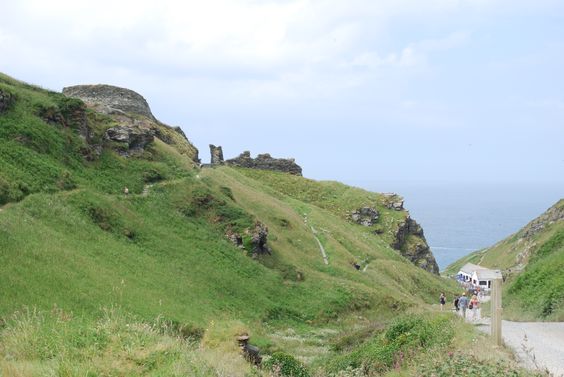 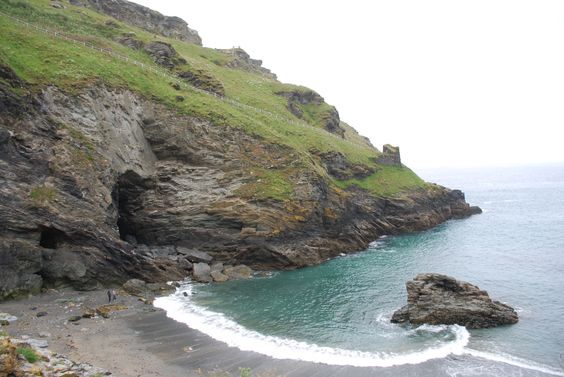 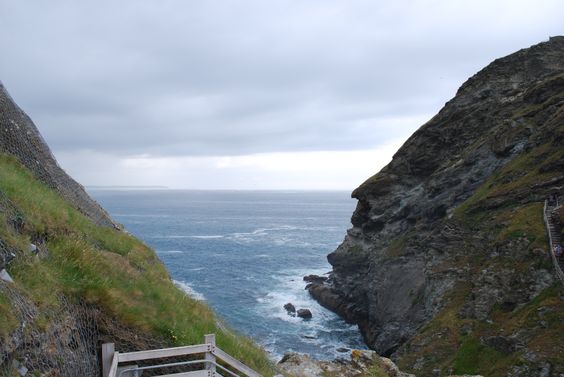 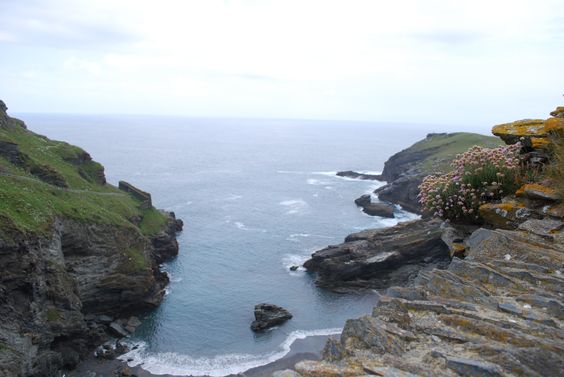 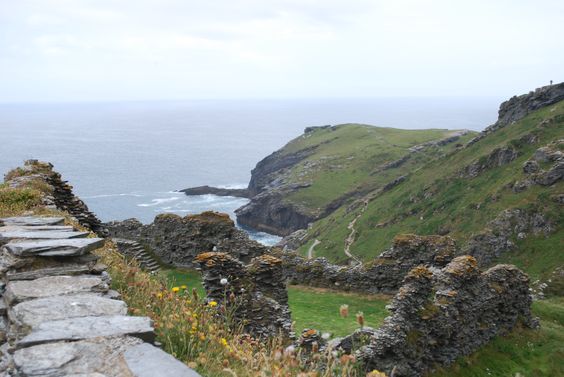 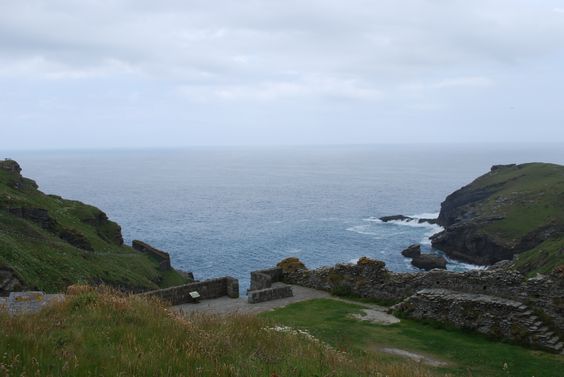 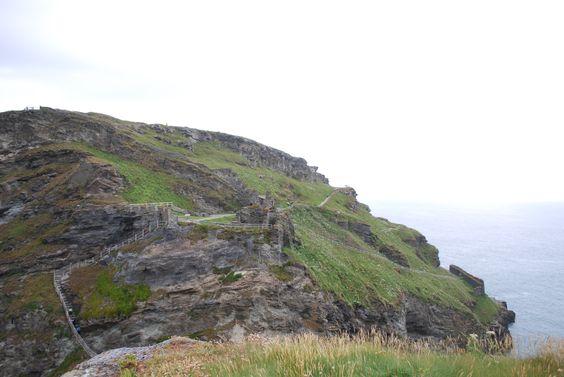 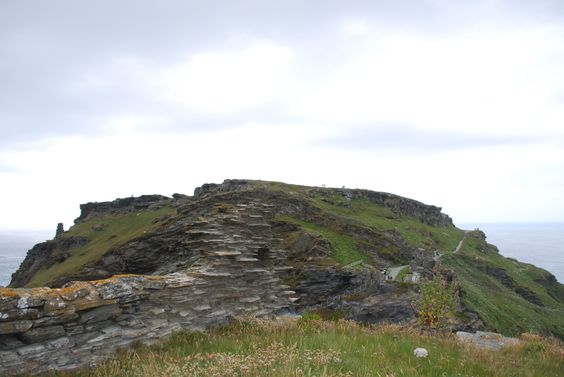