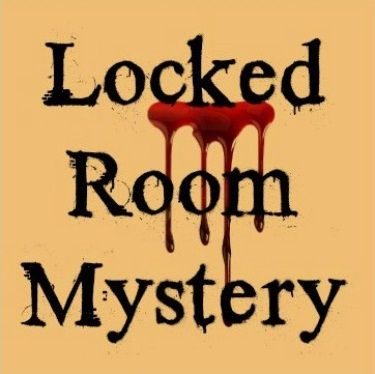 This is one of several Golden Age mystery short story anthologies recently published by the British Library and Martin Edwards. I had initially contemplated only reading some of the stories for this square, but once I’d started I was hooked pretty much instantaneously and soon there was no question whatsoever that I would read the whole thing.

Martin Edwards concurrently serves as the chair of the Crime Writers’ Association and the Detection Club, and there is very little (if anything) that he does not know about mysteries and the history of mystery writing: his introductions to the individual stories — and to this anthology itself — alone are worth the price of admission.  The stories he selected cover the length and breadth of locked room scenarios, writing styles, and Golden Age writers, from those whom we still know today to some who undeservedly fell under the wheels of time and finally others … who probably didn’t.

Even for the well-known representatives of the genre, Edwards managed to unearth less familiar stories, including a non-Holmes mystery by Arthur Conan Doyle from the time period after Holmes had supposedly drowned in the Reichenbach Falls, entitled The Lost Special and dealing with the mysterious disappearance of an entire train — though true to the author’s style, this, like many of Holmes’s adventures, is a story that is (supposedly) first published only years after the actual events occurred (albeit unlike Holmes’s adventures, not “because the world is not yet ready for it”, but simply because it has taken this long for the case to be solved); thus fortuituously allowing, however, for the inclusion of a letter to the editor of a major newspaper reporting on the case when it first happened, written by “an amateur reasoner of some celebrity at that date [who] attempted to deal with the matter in a critical and semi-scientific manner,” and whose letter begins with the words: “It is one of the elementary principles of practical reasoning that when the impossible has been eliminated the residuum, however improbable, must contain the truth.”  (Would that he had actually been put on the case; one cannot feel but that it wouldn’t have taken all of eight years to solve the mystery then.)

Of all of the stories contained in the anthology, I only knew Dorothy L. Sayers’s The Haunted Policeman (one of her final three Wimsey stories), which is certainly one of the strongest in the lot — though only Wimsey would welcome his firstborn son to the world wondering aloud whether the “collaborative effort” (with his wife) was “up to standard,” noting that “I never knew so convincing a body of evidence produce such an inadequate result” (of his own efforts, one is given to assume) … and after being thereupon thrown out of his wife’s bedroom, proceeding to spend the rest of the night by killing two bottles of vintage champagne with the local bobby, listening to the police constable’s woes about mysterious goings-on in a nearby house that can’t possibly exist in the first place and a murder he’s made to believe didn’t happen, either, even though he has seen the corpse with his very own, then-sober eyes.

Like Sayers’s story, several other entries in the anthology would cover not only “locked room” but also other bingo squares; in addition to “murder most foul”, several have a supernatural touch, two of these with an added “ghost” element, whereas Sayers’s is a tongue-in-cheek take on a “haunted house” story; and finally, this being the Golden Age of mysteries, several stories would also qualify as “country house murders”. — The entries that, in addition to Sayers’s, I liked best overall were Sapper’s The Music Room (even though its solution is of the “locked room” variety that I like the least), Christopher St. John Sprigg’s Death at 8.30 (again, despite its — in this case, rather sensational — solution), and E. Charles Vivian’s Locked In, which, of all the stories in the collection, is probably the neatest-written example of a classic locked-room mystery.