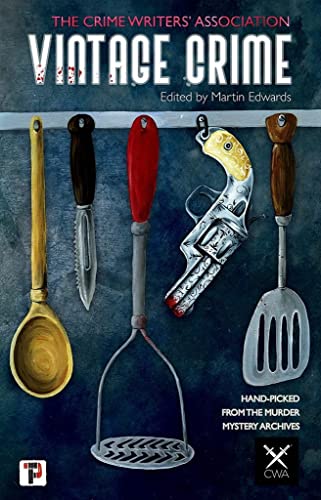 Given this book’s title, I’d originally been considering it for my Detection Club (= Golden Age mysteries) reading project, but as it turns out, the number of Silver Age and, even more so, contemporary entries is somewhat too high to justify that.  However, this survey of short stories by members of the Crime Writers’ Association — edited by the CWA’s former chairman, current president of the Detection Club, and British Library Crime Classics series advisor, Martin Edwards — easily delivers on its stated goal of providing an overview of British crime fiction since the CWA’s 1953 foundation.  From the myriad of stories published since that time, Edwards has picked a varied and above-average strong crop. 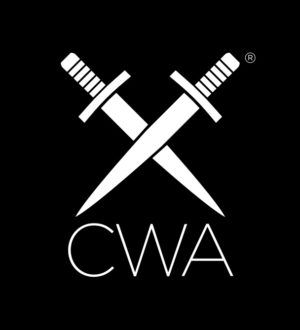 The 22 stories in this volume range from John Dickson Carr’s 1940 woman-in-peril-meets-impossible-crime tale Footprints in the Sky (included here apparently because it had also been included in a 1969 anthology named John Creasey’s Mystery Bedtime Book — Creasy was the founder of the CWA), and Michael Gilbert’s 1956 Henry Bohun offering Money Is Honey, to Edwards’s own 2003 contribution Melusine, Kate Ellis’s 2005 Short Story Dagger candidate Top Deck, Robert Barnard’s 2006 Short Story Dagger winner Sins of Scarlet, and Mick Herron’s sordid 2008 tale All She Wrote.  Some of the stories, I was already familiar with (e.g. John Dickson Carr’s Footprints in the Sky), but most of them were new to me, and I am glad to have discovered them.

In some cases the stories feature the respective authors’ series detectives (e.g., Michael Gilbert and H.R.F. Keating — Henry Bohun and Inspector Ghote, respectively); John Dickson Carr’s posthumous contribution is one involving his Colonel March of the Department of Queer Complaints, who featured in a 1950s TV series, but is probably less remembered today than Dr. Gideon Fell, Henri Bencolin and Henry Merrivale.  However, most of the stories included in the anthology are stand-alones.

The murder methods featured here are mostly on the traditional side — people are done to death by being shot, poisoned, strangled, bludgeoned / beaten, stabbed, drowned, or hit by cars (special props for inventiveness to Susan Moody’s Moving On, however); stylistically and topically, on the other hand, the entries include everything from inverted crime tales (Simon Brett: The Nuggy Bar; Andrew Taylor: The Woman Who Loved Elizabeth David), epistolary accounts (Liza Cody: In Those Days; Mick Herron: All She Wrote), tales told almost exclusively in interior monologue (Celia Fremlin: The Woman Who Had Everything) and others told essentially in dialogue (Paula Gosling: The Perfect Alibi) to woman-in-peril narratives (John Dickson Carr: Footprints in the Sky; Bill Knox: The Service Flat), traditional country house mysteries (Michael Gilbert: Money Is Honey), and tales of the mean streets (Liza Cody: In Those Days; Michael Z. Lewin: The Hand That Feeds Me).

Not all of the protagonists and other major characters are human (cf. Michael Z. Lewin: The Hand That Feeds Me); those who are range from the high and mighty (Julian Symons: Strolling in the Square One Day; Robert Barnard: Sins of Scarlet) and those who very much would like to be (Simon Brett: The Nuggy Bar; Frances Fyfield: Cold and Deep) to housewives (Celia Fremlin: The Woman Who Had Everything; Anthea Fraser: Turning Point; Andrew Taylor: The Woman Who Loved Elizabeth David), lawyers (Michael Gilbert: Money is Honey), writers (H.R.F. Keating: Inspector Ghote and the Noted British Author; Susan Moody: Moving On), agricultural workers (Lesley Grant-Adamson: Cuckoo in the Wood; Martin Edwards: Melusine), iconoclastic misfits (Mat Coward: Nowhere to be Found), and everybody in between; as well as, of course, several policemen, private investigators, and even a number of secret service operatives.

Most of the stories are set in the same time period as when they were written, but there are also historical mysteries (Robert Barnard: Sins of Scarlet) and narratives that link past events to a — for the time of the writing — contemporary framework setting (Paula Gosling: The Perfect Alibi; Lesley Grant-Adamson: Cuckoo in the Wood; Susan Moody: Moving On; Peter Lovesey: Interior, with Corpse; Marjorie Eccles: The Egyptian Garden; and Kate Ellis: Top Deck).

In terms of locations and settings, finally, Great Britain predominates, but some of the entries takes us elsewhere; to India (H.R.F. Keating: Inspector Ghote and the Noted British Author), the U.S. (Paula Gosling: The Perfect Alibi; Michael Z. Lewin: The Hand That Feeds Me), Egypt (Marjorie Eccles: The Egyptian Garden), Italy (Robert Barnard: Sins of Scarlet), and an unnamed Caribbean / Central American country (Mick Herron: All She Wrote).

The stories that will probably stay with me the longest are (in the order in which they’re contained in the anthology):

Anthea Fraser: Turning Point — A married woman runs into an old flame during a spontaneous short-time trip to a seaside resort; when he doesn’t show up for a date she is at first disappointed but then shocked to read in the local newspaper, the following day, that a man has been found dead.

Michael Z. Lewin: The Hand That Feeds Me — A street dog sets out in pursuit of a group of hooligans who have killed a homeless old man who had, shortly before, shared his garbage bin dinner with the dog.

Frances Fyfield: Cold and Deep — An upwardly-mobile perfect fiancée and granddaughter-in-law-to-be (or is she?) gets her unexpected comeuppance.  (Sensitivity warning: Dead puppies.)

Susan Moody: Moving On — You didn’t really believe writers were above milking personal experience for fictional purposes … or did you?

Marjorie Eccles: The Egyptian Garden — An English tour group pays a visit to an Egyptian museum, with which an elderly member of the group is particular familiar.

Martin Edwards: Melusine — Stronger on setting than on plot, but Edwards has a visceral way with words, and any story that begins with the statement “On the hillside, bodies were burning”, references “the plague” in its very first paragraph, and extensively features a foot and mouth disease outbreak must make for (unintendedly) uncomfortable reading in these days of the Corona virus.

Mick Herron: All She Wrote — At least implicitly an hommage to Ernest Hemingway and (even more so) Graham Greene, and the one story with far and away the most vicious twist at the end.  Think this is predictable and you’ve got it all figured out?  Think again. 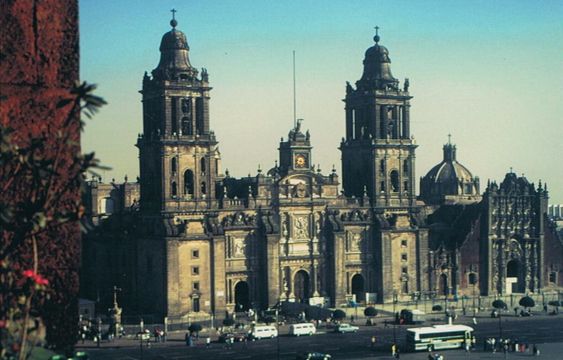