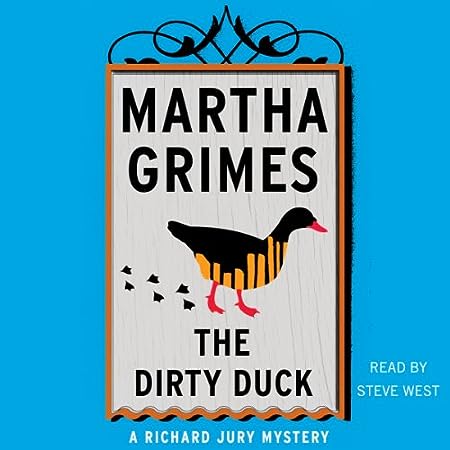 Festive Tasks, Door 5 – Animals, Book: Read a book that has an animal on the cover, or involves someone who works in conservation.

I reread the first two books from Martha Grimes’s Richard Jury series — The Man With a Load of Mischief and The Old Fox Deceiv’d — earlier this year, instantly fell in love with them all over again, and decided to include more of her early books in my reading in the final months of the year … you know, that time when you’re starting to seriously crave settings like Stratford-upon-Avon, the English country side or London; combined with a wacky sense of humor, the odd aristocrat (with or without a title to their name), in short the whole paraphernalia of vintage British mysteries (in this instance, brought to modern times) … and the odd pub, for which in this series each individual installment is named.  Many of the series’s titles are inspired by pubs that really exist (or did at the time of the writing), including this book’s: the Dirty Duck used here is the actual Stratford-upon-Avon location. 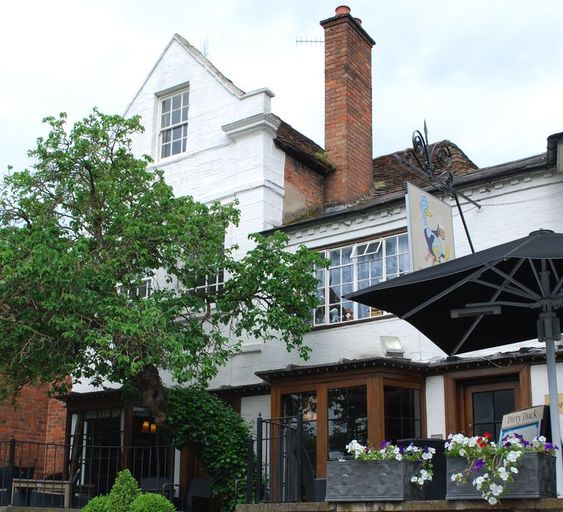 While my rereads of the first two books of the series principally confirmed all the reasons why I first gobbled the first 10 or so Richard Jury books down in short order close to their orignal publication, I liked The Dirty Duck (and incidentally also book no. 3, The Anodyne Necklace) quite a bit better upon rereading it than I had initially.  I think this is chiefly due to the fact that in rereading I’m less focused on the obvious eye-catchers and recurring features, such as the murders and whodunnit, Melrose Plant’s Aunt Agatha — for whom Steve West nails the most perfect, hilariously on-point voice imaginable in the audio version –, the de-facto-orphaned, wise-beyond-his/her/their-age kid(s) and his/her/their furry friend(s) (in this instance, a cat), Chief Superintendent Racer and his own, eternally losing battle against the cat that has taken residence in his office, apparently with the sole aim of tormenting him, etc.  Rather, I’m beginning to appreciate the way in which Grimes is subtly and gradually establishing a genuine friendship and mutual respect between Jury and Melrose Plant: while they join forces from the first book on — as a matter of chance there, but much more purposefully already in books no. 2 and 3 — this fourth installment seems to be the place where they’re really becoming a team in more ways than merely in their outward cooperation.

Grimes doesn’t eschew the odd cliché; with regard to the world of cozy-mystery Britain in which her books are set (even if the murders themselves are anything but cozy) as little as with regard to her fellow Americans, and that is a factor that’s present here perhaps even more than in the earlier three books: I remember it was the single biggest reason why I rated The Dirty Duck significantly less highly than the series’s first two books initially; although even then I had to grant her that to any European who only knows Americans in their incarnation as tour groups being shepherded from one highlight to the next (“What’s today — Monday?  Then this must be Paris …”), her portrayal might come across as an only marginally exaggerated but essentially realistic caricature.  Next to everything else I discovered in the book during this reread, though, even this barely impinged anymore.  I’m still not willing to go quite as high as my rating of the first two books, but heck — I just can no longer make it any less than a full four stars, either.