Festive Tasks, Door 13 — Holiday Shopping: Read a book about someone who works retail, or that has a retail establishment on the cover (shop, café etc). 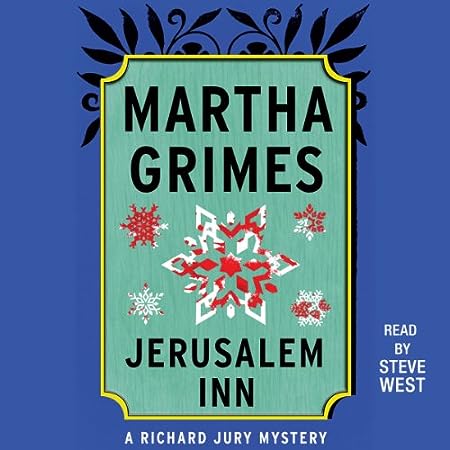 Of all the early Richard Jury books by Martha Grimes, this is probably my favorite — not only because it’s got, if anything, an even stronger sense of place than my other big favorite among the series’s early books, The Old Fox Deceiv’d (again, we’re in Northern England in winter; in this case in the general area of Northumbria, with a bit of Tyne and Wear thrown in for good measure), but also because this is the first book where we’re really beginning to get more than the occasional a glimpse into Jury’s soul, and learn why he is able to form such an instinctive bond with the orphans (or de-facto orphans) who populate his investigations to such an unusual extent. I’m also vastly more touched by the fact that his budding friendship (and possibly more) with this book’s first victim is thwarted by her being murdered than I am by his stunted infatuation with the two ladies he has met in earlier books, Viviian Rivington and Jenny Kennington (which is one of the series’s running background themes) — because it is clear that here he has met a true soulmate, whose loss before they’ve really started to get to know each other is occasion to mourn aplenty. 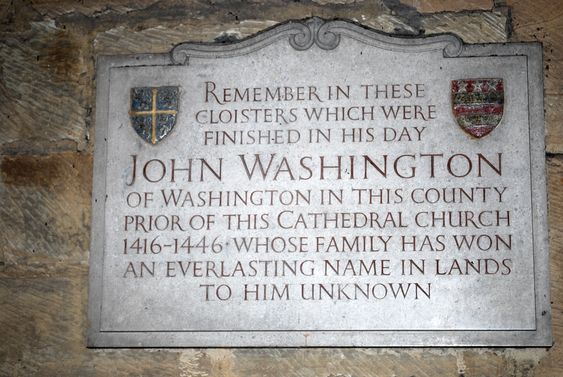 Memorial plate in the cloisters of Durham Cathedral
(photo mine)

The book begins, atmospherically enough, in the snow-covered graveyard of Washington Village near Durham — named for the same Washington family as D.C. — though for the better part of the subsequent events we’re in a quintessential English country house some miles away (courtesy of Melrose Plant, one of the guests invited to spend Christmas there), as well as the nearby village and its pub, the eponymous Jerusalem Inn. And yet another reason why I particularly like this book is that here Grimes truly begins to explore the themes she had been hinting at in the series’s previous installments — not surprisingly given the accumulation of orphans (real or de facto), the way in which society at large and families individually treat their children — and here she blessedly still does it without the preaching tone that increasingly invades her books in the later part of the series.

I actually revisited the book chiefly via Steve West’s wonderful narration this time around, but the cover of the paperback copy I own (and which I did pull out for reference, too) shows the titular Jerusalem Inn: you unfortunately can’t read the name in the small image included above, but it’s a custom-created cover showing the pub exactly as it’s described in the book, and the sign on its front façade very clearly says “Jerusalem Inn” in the original. So I feel fully justified in using this as my book for Festive Tasks, Door 13.