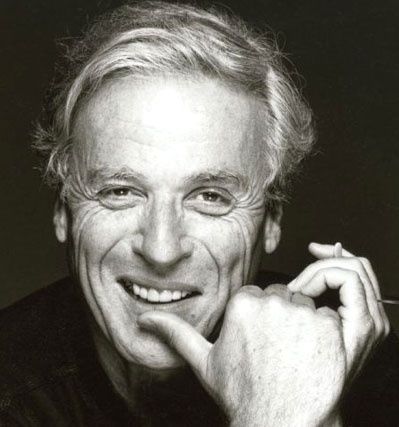 William Goldman (Chicago, IL, USA, August 12, 1931 – New York, NY, USA, November 16, 2018) was an American novelist, playwright, and screenwriter, and the younger brother of the equally prolific and successful screenwriter and playwright James Goldman (1927 – 1998). He first came to prominence in the 1950s as a novelist before turning to screenwriting.  In the latter capacity, he won Academy Awards for his screenplays Butch Cassidy and the Sundance Kid (1969) and All the President’s Men (1976). His other known works include his thriller novel Marathon Man and his cult classic comedy / fantasy novel The Princess Bride, both of which he also adapted for the screen.

Despite his prolific output and great critical and popular acclaim, Goldman is quoted in his 2014 biography by Sean Egan, William Goldman: The Reluctant Storyteller, as saying that he himself didn’t much like most of his work, and that The Princess Bride (the book) and the movie Butch Cassidy and the Sundance Kid were the only things he’d ever written that he could look at “without humiliation”.

Memoirs, Articles, Essays, and Other Nonfiction

Adventures in the Screen Trade

“Writing is finally about one thing: going into a room alone and doing it. Putting words on paper that have never been there in quite that way before. And although you are physically by yourself, the haunting Demon never leaves you, that Demon being the knowledge of your own terrible limitations, your hopeless inadequacy, the impossibility of ever getting it right. No matter how diamond-bright your ideas are dancing in your brain, on paper they are earthbound.”

“Life is pain, highness. Anyone who says differently is selling something.”

“When I was your age, television was called books.”

“‘Inconceivable!’
‘You keep using that word. I do not think it means what you think it does.'”

“My name is Inigo Montoya. You killed my father. Prepare to die.”

“‘We’ll never survive!’
‘Nonsense. You’re only saying that because no one ever has.'”

“I’ve been saying it so long to you, you just wouldn’t listen. Every time you said ‘Farm Boy do this’ you thought I was answering ‘As you wish’ but that’s only because you were hearing wrong. ‘I love you’ was what it was, but you never heard.”

“‘Now what happens?’ asked the man in black.
‘We face each other as God intended,’ Fezzik said. ‘No tricks, no weapons, skill against skill alone.’
‘You mean you’ll put down your rock and I’ll put down my sword and we’ll try to kill each other like civilized people, is that it?'”

“‘Why do you wear a mask and hood?’
I think everybody will in the near future,’ was the man in black’s reply. ‘They’re terribly comfortable.'”

“‘You think this is a trap then?’ the Count asked.
‘I always think everything is a trap until proven otherwise,’ the Prince answered. ‘Which is why I’m still alive.'”

“‘I must be overtired’, Buttercup managed. ‘The excitement and all.’
‘Rest then’, her mother cautioned. ‘Terrible things can happen when you’re overtired. I was overtired the night your father proposed.'”

“The Prince found Buttercup waiting unhappily outside his chamber doors.
‘It’s my letter,’ she began. ‘I cannot make it right.’
‘Come in, come in,’ the Prince said gently. ‘Maybe we can help you.’ She sat down in the same chair as before. ‘All right, I’ll close my eyes and listen; read to me.’
Westley, my passion, my sweet, my only my own. Come back, come back. I shall kill myself otherwise. Yours in torment, Buttercup.’ She looked at Humperdinck. ‘Well? Do you think I’m throwing myself at him?”

“Existence was really very simple when you did what you were told.”

“‘Enough about my beauty,’ Buttercup said. ‘Everybody always talks about how beautiful I am. I’ve got a mind, Westley. Talk about that.'”

“While he was watching the ships, Buttercup shoved him with all her strength remaining. Down went the man in black. ‘You can die too for all I care,’ she said, and then she turned away.
Words followed her. Whispered from afar, weak and warm and familiar. ‘As…you…wish…'”

“One thing you know when you’re ten is that no matter what, there’s gonna be a happy ending. They can sweat all they want, the authors, but back of it all you know, you just have no doubt, that in the long run justice is going to win out.”

“‘He’s gaining on us,’ the Turk said. ‘That is also inconceivable,’ the Sicilian said. ‘Before I stole this boat we’re in, I made many inquiries as to what was the fastest ship on all of Florin Channel and everyone agreed it was this one.’ ‘You’re right,’ the Turk agreed, staring back. ‘He isn’t gaining on us. He’s just getting closer, that’s all.'”

“Buttercup’s parents did not have exactly what you might call a happy marriage. All they ever dreamed of was leaving each other.”

“‘You’re right,’ the Turk agreed, staring back. ‘He isn’t gaining on us. He’s just getting closer, that’s all.'”

“Who are those guys?”

“Butch: What happened to the old bank? It was beautiful.
Guard: People kept robbing it.
Butch: Small price to pay for beauty.”

“When I say Bolivia, you just think California.”

“You just keep thinking, Butch; that’s what you’re good at.”

“I got vision; the rest of the world is wearing bifocals.”

“Sundance: [to Etta] What I’m saying is, if you want to go, I won’t stop you. But the minute you start to whine or make a nuisance, I don’t care where we are, I’m dumping you flat.
Butch: Don’t sugarcoat it like that, Kid. Tell her straight.”

“Morons. I’ve got morons on my team.”