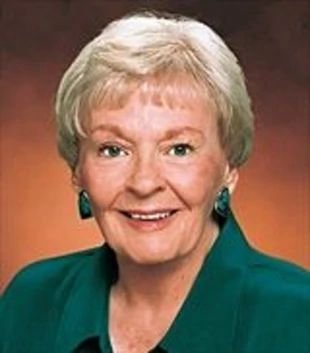 Tepper started out in the early 1960s writing childrens’ stories, but focused primarily on her then-day job at Rocky Mountain Planned Parenthood, where she worked from 1962 to 1986 and eventually became Executive Director. She released her first adult book, the novel King’s Blood Four, in 1982. It would become the first of the True Game books, followed by Necromancer Nine (also 1983) and Wizard’s Eleven (1984). A second and third True Game trilogy, featuring the characters Jinian and Mavin Manyshaped, respectively, as well as the books of the (separate) Marianne trilogy followed, along with her first standalone books, including The Revenants (1984) and After Long Silence (1987).

In addition to her work as a writer, she operated a guest ranch near Santa Fe, New Mexico.

The Plague of Angels

Writing as B. J. Oliphant

Writing as A. J. Orde

“Not many years before the Happening, one of your country’s largest religious bodies officially declared that their book was holier than their God, thus simultaneously and corporately breaking several commandments of their own religion, particularly the first one. Of course they liked the book better! It was full of magic and contradictions that they could quote to reinforce their bigoted and hateful opinions, as I well know, for I chose many parts of it from among the scrolls and epistles that were lying around in caves here and there. They’re correct that a god picked out the material; they just have the wrong god doing it.”

“Nothing limits intelligence more than ignorance; nothing fosters ignorance more than one’s own opinions; nothing strengthens opinions more than refusing to look at reality.”

“Mankind accepts good fortune as his due, but when bad occurs, he thinks it was aimed at him, done to him, a hex, a curse, a punishment by his deity for some transgression, as though his god were a petty storekeeper, counting up the day’s receipts.”

“I will raise up prophets to make conflicting pronouncements that inevitably will be garbled in transcription, resulting in mutually exclusive definitions of orthodoxy from which the open-minded will flee in dismay.”

A Plague of Angels

“We’ll tell him his mother waits for him in heaven, I suppose.”
“Is that a lie?”
“It’s what we tell fools and children.” She sighed. “Postulating a heaven gives man an out for having been unable to retain the paradise he was given here on earth.”

“The sidesaddle was designed to protect a maiden’s virginity, while risking the maiden’s neck. Rather much for rather little, I thought.”

“[T]he scripture worshippers put the writings ahead of God. Instead of interpreting God’s actions in nature, for example, they interpret nature in the light of the Scripture. Nature says the rock is billions of years old, but the book says different, so even though men wrote the book, and God made the rock and God gave us minds that have found ways to tell how old it is, we still choose to believe the Scripture.”

“I think … girls have a hard time being interesting. It’s actually easier to be famous, or notorious, than it is to be interesting. In our world, girls climb very well until they hit puberty-sexual maturity-and then they begin to fall out of the tree. They start role-playing instead of thinking, flirting instead of learning. They start admiring how smart the boys are-or how athletic or how handsome-instead of concentrating on their own intelligence.”

The Gate to Women’s Country

“Men like to think well of themselves, and poets help them do it.”

“I have always lived in a world in which I’m just a spot in history. My life is not the important point. I’m just part of the continuum, and that continuum, to me, is a marvelous thing. The history of life, and the history of the planet, should go on and on and on and on. I cannot conceive of anything in the universe that has more meaning than that.”