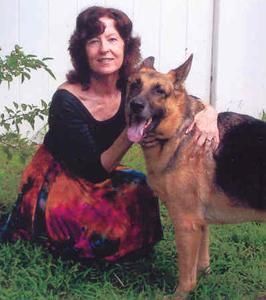 Sharon Kay Penman (New York, NY, USA, August 13, 1945 – Atlantic City, NJ, USA, January 22, 2021) was an American historical novelist, published in the UK as Sharon Penman. She was best known for the Welsh Princes trilogy and the Plantagenet series. In addition, she wrote four medieval mysteries, the first of which, The Queen’s Man, was a finalist in 1996 for the Best First Mystery Edgar Award. Her novels and mysteries are set in England, France, and Wales, and are about English and Welsh royalty during the Middle Ages. While a student, Penman researched and wrote The Sunne in Splendour, which chronicles the life of Richard III. When the 400-page manuscript was stolen from her car, Penman found herself unable to write for the next five years. She eventually rewrote the book and by the time the 936-page book was published in 1982, she had spent 12 years writing it, while practicing law at the same time.

Penman’s books are all set in the Middle Ages.  After the publication of The Sunne in Splendour, Penman began work on the Welsh Princes Trilogy, which in turn was followed by the Plantagenet series, which presents the events of the life of King Henry II and Eleanor of Aquitaine, as well as their son, Richard the Lionheart.  During her research for Here Be Dragons, the first book of the Welsh Princes series, she became fascinated with the complexity of the role of women in medieval society; for example, Welsh women at the time had a great deal more independence than the English women. Also, both in Wales and in England, a noble wife had responsibility for the household, complete with household knights, on whom she relied to keep the household safe.

Penman’s work was generally well received, with the more recent novels reaching the New York Times Bestseller List. Critics have praised her meticulous research of settings and events presented in her fiction, as well as the characterizations.

The Sunne in Splendour

“‘I think the day might come, Bess, when all men will know of Dickon is what they were told by Tudor historians like Rous.’
‘Jesú, no!’ Bess sounded both appalled and emphatic. ‘You mustn’t think that. Whatever the lies being told about Dickon now, surely the truth will eventually win out. Scriptures does say that ‘Great is truth and it prevails,’ and I believe that, Grace.’
Bess straightened up in the bed, shoved yet another pillow against her back. ‘I have to believe that,’ she said quietly. ‘Not just for Dickon’s sake, but for us all. For when all is said and done, the truth be all we have.'”

“Edward was now expressing himself on the subject of the French King, drawing upon a vocabulary that a Southwark brothel-keeper might envy. Some of what he was saying was anatomically impossible, much of it was true and all of it envenomed.”

“Messages continued to arrive from the Earl of Warwick, urging Londoners to hold firm for King Harry. Marguerite d’Anjou and her son were expected to land at any time, while from St Albans, Edward sent word that Harry of Lancaster was to be considered a prisoner of state. At that, John Stockton, the Mayor of London, contracted a diplomatic virus and took to his bed.”

“Poor Wales. So far from Heaven, so close to England.”

“Oh, John is clever enough. But what do brains avail a man if he does lack for backbone?”

“There are secret sins and found-out sins, and it is foolish to worry about the first until it becomes the second.”

“Men kill for many reasons, they steal but for one-greed.”

“His was a lonely, unorthodox conviction that war was man’s ultimate failure.”

“But in all honesty, I do not find it so peculiar a notion, that a Welshman should rule Wales.”

“Rumors are the easiest of all crops to tend, Richard. You need only sow a few seeds about and in no time at all, you’ll reap a harvest of hatred.”

“What is forgiveness worth without trust?”

“De Mortimer was willing to wager his hopes for salvation that self-interest was the one drink no man refused, but he had never understood why most men must sweeten it so lavishly ere they could swallow it.”

When Christ and His Saints Slept

“In time of war, the Devil makes more room in Hell.”

“‘But Lord Harry has a good heart. Moreover, he truly likes women.’
‘Most men do, lass,’ Ranulf pointed out in amusement, and was surprised when she shook her head again.
‘No, my Lord.’ She contradicted him with an odd smile, one that was both cynical and sad. ‘Most men like to lay with women.'”

“‘Yesterday I heard some of the castle servants talking about a funeral for one of the stable lads. He went skating last week on the pond in the village, but the ice was not thick enough and he drowned. I like to skate on the ice,too, Papa, have my own pair of bone skates. I could drown crossing the Channel as Uncle Robert fears … or I could drown back in Angers, if I was unlucky like that stable lad.’ Geoffrey’s mouth twitched. ‘God help me,’ he said, ‘I’ve sired a lawyer!'”

“Autumn that year painted the countryside in vivid shades of scarlet, saffron and russet, and the days were clear and crisp under harvest skies.”

“‘Hell and furies!’ Eleanor had begun to pace, her skirts swirling about her ankles. ‘What was he thinking?’
‘When does he ever think?’ Richard straddled a chair and accepted a wine cup from Raoul. ‘If he were to sell his brain, he could claim it had never been used.'”

“To call it a ‘setback’ is like calling the Expulsion from Eden a minor misunderstanding.”

“It is not easy to be stranded between two worlds, the sad truth is that we can never feel completely comfortable in either world.”

“Hal and Richard show all the good will of Cain and Abel.”

“‘May I offer you some advice?’
‘I’d rather you offered me a fast horse and a head start,’ Richard said with a tight smile. ‘But I’ll take the advice, too.'”

“I suppose I should just be thankful that since you are so much given to treachery, you’re so reassuringly inept at it.”

“For whatever reasons – which had never interested him in his youth but which he sometimes pondered as an adult—the Angevin House had always taken Cain and Abel as role models.”