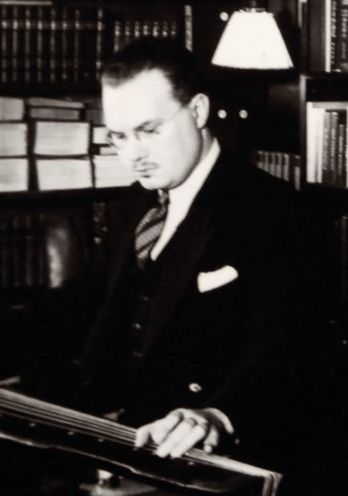 Van Gulik’s Judge Dee mysteries follow in the long tradition of Chinese detective fiction, intentionally preserving a number of key elements of that writing culture. Most notably, he had Judge Dee solve three different (and sometimes unrelated) cases in each book, a traditional device in Chinese mysteries. The whodunit element is also less important in the Judge Dee stories than it is in the traditional Western detective story, though still more so than in traditional Chinese detective fiction. Nevertheless, van Gulik’s novels were adapted to a more Western audience, avoiding the supernatural and religious traditions of Buddhism and Daosim in favour of rationality.

Van Gulik also wrote twenty-odd essays and monographs on various subjects, mainly but not exclusively on aspects of Chinese culture. Much of his scholarly work was first published outside the Netherlands. In his lifetime van Gulik was recognized as a European expert on Imperial Chinese jurisprudence.

“Though everything will seem dark to you now, remember that even behind the darkest clouds of night there shines the moon of dawn.”

“Yau proposed another round, then asked: ‘Is it true that to the west of the Khalif’s domain there live white-skinned people, with blue eyes and yellow hair?’
‘There can’t be men like that!’ Chiao Tai protested. ‘Must be ghosts or devils!'”