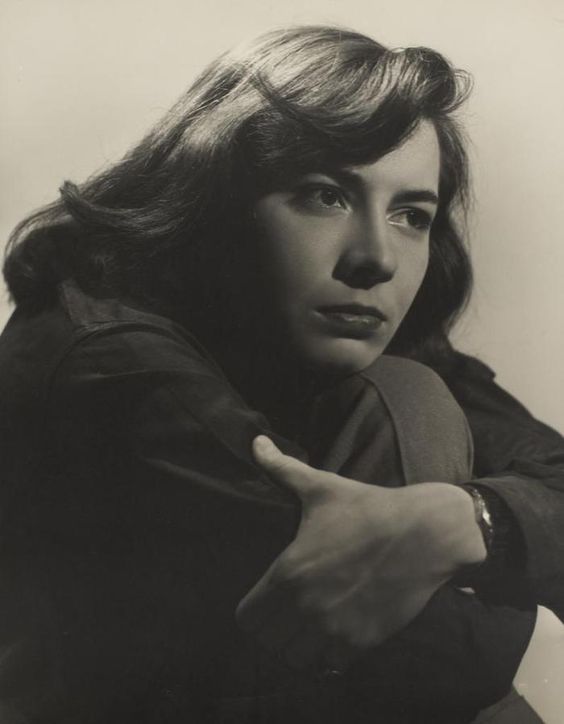 She wrote 22 novels and numerous short stories throughout her career spanning nearly five decades, and her work has led to more than two dozen film adaptations. Her writing derived influence from existentialist literature, and questioned notions of identity and popular morality.  She was dubbed “the poet of apprehension” by novelist Graham Greene.

Her first novel, Strangers on a Train, has been adapted for stage and screen, the best known being the Alfred Hitchcock film released in 1951. Her 1955 novel The Talented Mr. Ripley has been adapted for film. Writing under the pseudonym Claire Morgan, Highsmith published the first lesbian novel with a happy ending, The Price of Salt, in 1952, republished 38 years later as Carol under her own name and subsequently adapted into a 2015 film.

“[M]y imagination functions better when I don’t have to speak with people.”

“I create things out of boredom with reality and with the sameness of routine and objects around me.”

“Writing is a way of organizing experience and life itself.”

“Writing is a craft and needs constant practice.”

Carol: The Price of Salt

“I think people often try to find through sex things that are much easier to find in other ways.”

“He resented the fact that she wasn’t and never could be what he wished her to be, a girl who loved him passionately […] A girl like herself, with her face, her ambitions, but a girl who adored him.”

“I’m going to enjoy what I’ve got as long as it lasts.”

“Honestly, I don’t understand why people get so worked up about a little murder!”

“I’ve thought of a wonderful way to start a forest fire,’ Tom said musingly as they were having coffee.”

The Boy Who Followed Ripley

“You either let some event ruin your life or not. The decision is yours.”

“Vic didn’t mind at all being considered odd. In fact, he was proud of it in a country in which most people aimed at being exactly like everybody else.”