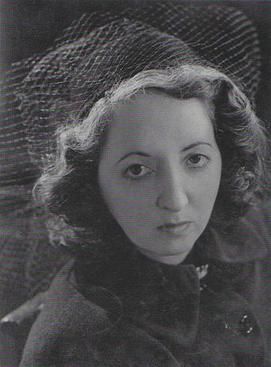 Olivia Mary Manning CBE (Portsmouth, UK, March 2, 1908 – Ryde, Isle of Wight, UK, July 23, 1980) was a British novelist, poet, writer, and reviewer. Her fiction and non-fiction, frequently detailing journeys and personal odysseys, were principally set in the United Kingdom, Europe, and the Middle East. She often wrote from her personal experience, though her books also demonstrate strengths in imaginative writing. Her books are widely admired for her artistic eye and vivid descriptions of place.

Manning’s youth was divided between Portsmouth and Ireland, giving her what she described as “the usual Anglo-Irish sense of belonging nowhere”. She attended art school and moved to London, where her first serious novel, The Wind Changes, was published in 1937. In August 1939 she married R.D. Smith (“Reggie”), a British Council lecturer posted in Bucharest, Romania, and subsequently lived in Greece, Egypt, and British Mandatory Palestine as the Nazis overran Eastern Europe. Her experiences formed the basis for her best-known work, the six novels making up The Balkan Trilogy and The Levant Trilogy, known collectively as Fortunes of War. Critics judged her overall output to be of uneven quality, but this series, published between 1960 and 1980, was described by Anthony Burgess as “the finest fictional record of the war produced by a British writer.”

Manning returned to London after the war and lived there until her death in 1980; she wrote poetry, short stories, novels, non-fiction, reviews, and drama for the British Broadcasting Corporation. Both Manning and her husband had affairs, but they never contemplated divorce. Her relationships with writers such as Stevie Smith and Iris Murdoch were difficult, as an insecure Manning was envious of their greater success. Her constant grumbling about all manner of subjects is reflected in her nickname, “Olivia Moaning”, but Smith never wavered in his role as his wife’s principal supporter and encourager, confident that her talent would ultimately be recognised. As she had feared, real fame only came after her death in 1980, when an adaptation of Fortunes of War was televised in 1987.

Manning’s books have received limited critical attention; as during her life, opinions are divided, particularly about her characterisation and portrayal of other cultures. Her works tend to minimise issues of gender and are not easily classified as feminist literature. Nevertheless, recent scholarship has highlighted Manning’s importance as a woman writer of war fiction and of the British Empire in decline. Her works are critical of war and racism, and colonialism and imperialism; they examine themes of displacement and physical and emotional alienation.

Juvenalia, published as by Jacob Morrow

“‘She’s just a typical bourgeois reactionary.’ ‘You mean, her prejudices are different from yours.'”

“Was there any more repellent sight, Harriet wondered, than a silly, self-centred, greedy woman clad in the skin of a beast so much more splendid than herself?”

“This was a world in which only the ignorant could be happy.”

“Enjoy yourself while you’ve still got the chance.”

“Ignorance breeds fear. Tell people the truth. Trust them to keep their heads.”