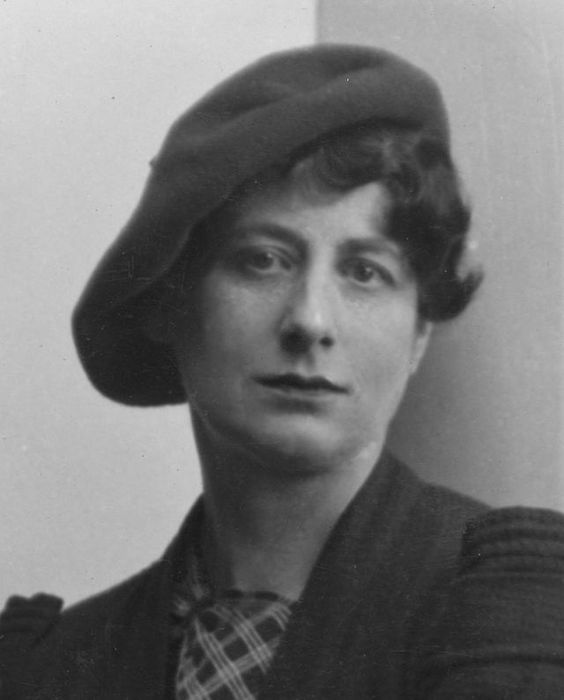 Marsh is known as one of the “Queens of Crime”, along with Agatha Christie, Dorothy L. Sayers, and Margery Allingham. She is known primarily for her character Inspector Roderick Alleyn, a gentleman detective who works for the Metropolitan Police (London).

Marsh was born in Christchurch, New Zealand, where she also died. Her father neglected to register her birth until 1900, and there is some uncertainty about the exact date.  Marsh’s first name — Ngaio — is the Maori word for both a native flowering tree and an insect.  She moved to England in 1928, following the invitation of a family of friends who would later be incarnated as the titular Lampreys in her novel A Surfeit of Lampreys, but returned to New Zealand five years later and also spent WWII in her native country.  In 1948 she once more returned to Great Britain; for the next decades she divided her time between her adopted country (England) and her native New Zealand.

Internationally, Ngaio Marsh is best known for her 32 detective novels published between 1934 and 1982.  The protagonist of all of her novels is British CID detective Roderick Alleyn.  Several mysteries also feature Marsh’s other loves, the theatre and painting. A number are set around theatrical productions (Enter a Murderer, Vintage Murder, Overture to Death, Opening Night, Death at the Dolphin, and Light Thickens), and three others are about actors off stage (Colour Scheme, False Scent and Final Curtain). Her short story I Can Find My Way Out is also set around a theatrical production and is the earlier “Jupiter case” referred to in Opening Night.  The short story won third prize in 1946 in the inaugural short story contest of Ellery Queen’s Mystery Magazine.  Alleyn marries a painter, Agatha Troy, whom he meets during an investigation (Artists in Crime), and who also features in three later novels.

Most of the mysteries are set in England, but four are set in New Zealand, with Alleyn either on secondment to the New Zealand police (Colour Scheme and Died in the Wool) or on holiday (Vintage Murder and Photo Finish); Surfeit of Lampreys begins in New Zealand but continues in London.  Notably, Colour Scheme — and to lesser extents, also Vintage Murder and Photo Finish — include Māori people among their cast of characters, unusual for novels of the British mystery genre.

Although Marsh is best known as a mystery writer, her first and greatest passion was the stage; particularly, the plays of William Shakespeare.  Both of Marsh’s parents were theatrically gifted, though neither of them chose to pursue those inclinations as a career; but they were supportive of their daughter when the opportunity arose for her.  Having first toured New Zealand as a young actress with two touring companies — one of them founded and led by noted actor-manager Allan Wilkie, with whom and his wife she would form a lasting friendship –, she soon realized that her inclination was more towards directing than to acting.  In 1942 she produced a modern-dress Hamlet for the Canterbury University College Drama Society, the first of many Shakespearean productions with that society until 1969. In 1944, Hamlet and a production of Othello toured a theatre-starved New Zealand to rapturous acclaim. In 1949, assisted by entrepreneur Dan O’Connor, her student players toured Australia with a new version of Othello and Pirandello’s Six Characters in Search of an Author.  In the 1950s she was involved with the New Zealand Players, a relatively short-lived national professional touring repertory company. In 1972 she was invited by the Christchurch City Council to direct Shakespeare’s Henry V, the inaugural production for the opening of the newly constructed James Hay Theatre in Christchurch; she made the unusual choice of casting two male leads, who alternated on different nights.

Ngaio Marsh lived to see New Zealand set up with a viable professional theatre industry with realistic Arts Council support, with many of her protégés to the forefront. The 430-seat Ngaio Marsh Theatre at the University of Canterbury is named in her honour.

In the arena of detective fiction, the Ngaio Marsh Award is awarded annually for the best New Zealand mystery, crime and thriller fiction writing.

Memoir, Letters, Articles, and Other Nonfiction

Death on the Air and Other Stories

“Above all things — read. Read the great stylists who cannot be copied rather than the successful writers who must not be copied.”

“Please don’t entertain for a moment the utterly mistaken idea that there is no drudgery in writing. There is a great deal of drudgery in even the most inspired, the most noble, the most distinguished writing. Read what the great ones have said about their jobs; how they never sit down to their work without a sigh of distress and never get up from it witout a sigh of relief. Do you imagine that your Muse is forever flamelike — breathing the inspired word, the wonderful situation, the superb solution into your attentive ear? … Believe me, my poor boy, if you wait for inspiration in our set-up, you’ll wait for ever.”

“Why do you want to become an author? I will accept only one answer. If it is because you feel you can write better than you can do anything else then go ahead and do it without frills and flourishes. Stick to your present job and write in your spare time: but do it as if it is a whole time job.”

As quoted in Ngaio Marsh: A Life by Margaret Lewis

“We do not wait for inspiration. We work because we’ve jolly well got to. But when all is said and done, we toil at this particular job because it’s turned out to be our particular job, and in a weird sort of way I suppose we may be said to like it.”