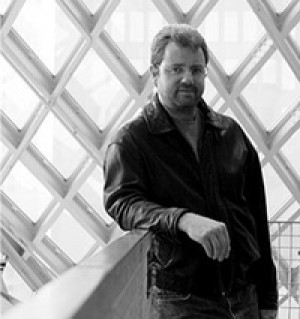 Ruff graduated from Cornell University in 1987. His first novel, Fool on the Hill, is a fantasy that drew on his experiences living in Risley Residential College at Cornell. It was first written as his senior thesis in Honors English. Published shortly after Ruff graduated from the university, it gained an early cult following which continues to this day.

Ruff’s second book Sewer, Gas & Electric: The Public Works Trilogy is postcyberpunk. His third book Set This House in Order: A Romance of Souls, focuses on multiple personalities; while not technically science-fiction, it nonetheless contains significant speculative elements. The novel was long-listed for the 2005 International IMPAC Dublin Literary Award and won the 2007 James Tiptree, Jr. Award, a PNBA Book Award, and a Washington State Book Award. Ruff is also the recipient of a 2006 National Endowment for the Arts Literature Fellowship in Prose. Ruff’s fourth novel, Bad Monkeys, received the 2008 Washington State Book Award for Fiction, a PNBA Book Award, and an Alex Award. His fifth book, an alternate history novel titled The Mirage, was published in February, 2012.

“Loosely translated, Der schlechte Affe hasst seinen eigenen Geruch means that people are most deeply offended by moral failings that mirror their own.”