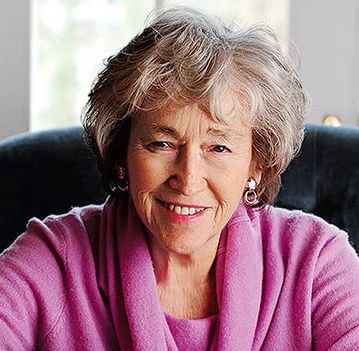 Martha Grimes (born Pittsburgh, PA, USA, May 2, 1931) is an American author of detective fiction, best known for her series of novels featuring Richard Jury, an inspector with Scotland Yard, and his friend Melrose Plant, a British aristocrat who has given up his titles. Each of the Jury mysteries is named after a pub. Her page-turning, character-driven tales fall into the mystery subdivision of “cozies.” In 1983, Grimes received the Nero Wolfe Award for best mystery of the year for The Anodyne Necklace.

The background to Hotel Paradise, its prequel The End of the Pier and its sequels is drawn on the experiences she enjoyed spending summers at her mother’s hotel in Mountain Lake Park, Maryland (Mountain Lake Hotel, torn down in 1967). One of the characters, Mr Britten, is drawn on Britten Leo Martin, Sr, who then ran Martin’s Store which he owned with his father and brother, and which was close to the former hotel.

“An idyllic childhood is probably illusion.”

The Man With a Load of Mischief

“And so it continued all day, wynde after wynde, from a room beyond came the whistle of a teakettle. “Now, you really must join me. I’ve some marvelous Darjeeling, and some delicious petits fours a friend of mine gave me for Christmas.”

“Before you hate something you should try to understand it.”

“We don’t know who we are until we see what we can do.”