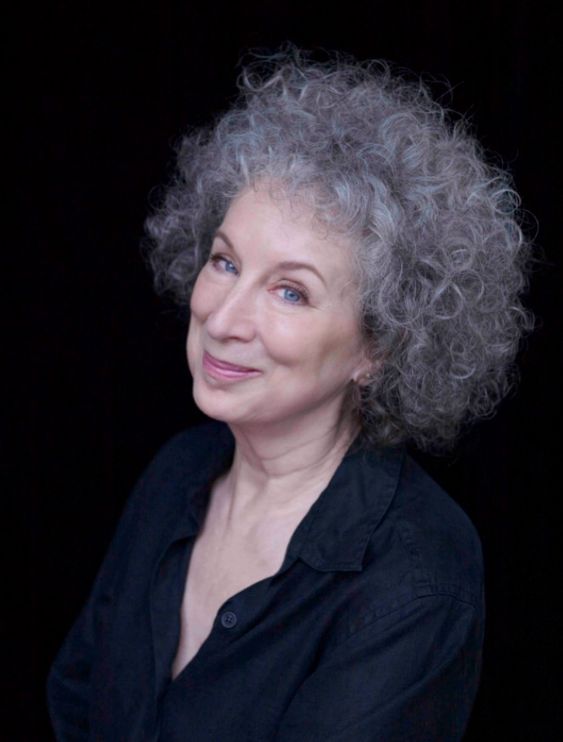 Margaret Eleanor Atwood CC OOnt CH FRSC (born November 18, 1939) is a Canadian poet, novelist, literary critic, essayist, teacher, environmental activist, and inventor. Since 1961, she has published 18 books of poetry, 18 novels, 11 books of nonfiction, nine collections of short fiction, eight children’s books, and two graphic novels, as well as a number of small press editions of both poetry and fiction. Atwood has won numerous awards and honors for her writing, including the Booker Prize (twice), Arthur C. Clarke Award, Governor General’s Award, Franz Kafka Prize, Princess of Asturias Awards, and the National Book Critics and PEN Center USA Lifetime Achievement Awards. A number of her works have been adapted for film and television.

Atwood’s works encompass a variety of themes including gender and identity, religion and myth, the power of language, climate change, and “power politics”. Many of her poems are inspired by myths and fairy tales which interested her from a very early age. Atwood is a founder of the Griffin Poetry Prize and Writers’ Trust of Canada. She is also a Senior Fellow of Massey College, Toronto.  Atwood is also the inventor of the LongPen device and associated technologies that facilitate remote robotic writing of documents.

From the poem Spelling

“We were the people who were not in the papers. We lived in the blank white spaces at the edges of print. It gave us more freedom.
We lived in the gaps between the stories.”

“You can only be jealous of someone who has something you think you ought to have yourself.”

“A rat in a maze is free to go anywhere, as long as it stays inside the maze.”

“But people will do anything rather than admit that their lives have no meaning. No use, that is. No plot.”

“The moment of betrayal is the worst, the moment when you know beyond any doubt that you’ve been betrayed: that some other human being has wished you that much evil.”

“We yearned for the future. How did we learn it, that talent for insatiability?”

“Whatever is silenced will clamor to be heard, though silently.”

“The best way of keeping a secret is to pretend there isn’t one.”

“The only way you can write the truth is to assume that what you set down will never be read. Not by any other person, and not even by yourself at some later date. Otherwise you begin excusing yourself. You must see the writing as emerging like a long scroll of ink from the index finger of your right hand; you must see your left hand erasing it.”

“There were a lot of gods. Gods always come in handy, they justify almost anything.”

“Why is it we want so badly to memorialize ourselves? Even while we’re still alive. We wish to assert our existence, like dogs peeing on fire hydrants. We put on display our framed photographs, our parchment diplomas, our silver-plated cups; we monogram our linen, we carve our names on trees, we scrawl them on washroom walls. It’s all the same impulse. What do we hope from it? Applause, envy, respect? Or simply attention, of any kind we can get?
At the very least we want a witness. We can’t stand the idea of our own voices falling silent finally, like a radio running down.”

“Sympathy from strangers can be ruinous.”

Negotiating with the Dead

“Potential has a shelf life.”

“When you are in the middle of a story it isn’t a story at all, but only a confusion; a dark roaring, a blindness, a wreckage of shattered glass and splintered wood; like a house in a whirlwind, or else a boat crushed by the icebergs or swept over the rapids, and all aboard powerless to stop it. It’s only afterwards that it becomes anything like a story at all. When you are telling it, to yourself or to someone else.”

“I read for pleasure and that is the moment I learn the most.”

Find more quotes by Margaret Atwood on Wikiquote and Goodreads.