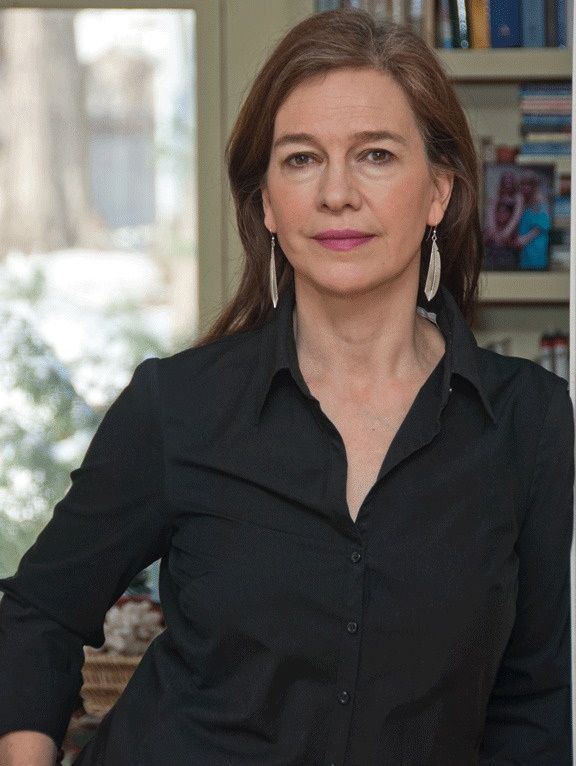 Since the 1970s, Erdrich has written 28 books, including fiction, non-fiction, poetry, children’s books, and most recently historical fiction. She also corresponded with her then-husband Michael Dorris on a number of works prior to the couple’s 1995 separation.  She is widely acclaimed as one of the most significant writers of the second wave of the Native American Renaissance. In 2009, her novel The Plague of Doves was a finalist for the Pulitzer Prize for Fiction and received an Anisfield-Wolf Book Award. In November 2012, she received the National Book Award for Fiction for her novel The Round House.  She is a 2013 recipient of the Alex Awards; and,  at the September 2015 National Book Festival, was awarded the Library of Congress Prize for American Fiction.

Erdrich is the owner of Birchbark Books, a small independent bookstore in Minneapolis that focuses on Native American literature and the Native community in the Twin Cities.

Native Writers’ Circle of the Americas

The Plague of Doves

“What happens when you let an unsatisfactory present go on long enough? It becomes your entire history.”
´
“The music was more than music – at least what we are used to hearing. The music was feeling itself. The sound connected instantly with something deep and joyous. Those powerful moments of true knowledge that we have to paper over with daily life. The music tapped the back of our terrors, too. Things we’d lived through and didn’t want to ever repeat. Shredded imaginings, unadmitted longings, fear and also surprisingly pleasures. No, we can’t live at that pitch. But every so often something shatters like ice and we are in the river of our existence. We are aware. And this realization was in the music, somehow, or in the way Shamengwa played it.”

“Freedom, I found is not only in the running but in the heart, the mind, the hands.”

“Now that I knew fear, I also knew it was not permanent. As powerful as it was, its grip on me would loosen. It would pass.”

Books and Islands in Ojibwe Country

“We have a lot of books in our house. They are our primary decorative motif-books in piles and on the coffee table, framed book covers, books sorted into stacks on every available surface, and of course books on shelves along most walls. Besides the visible books, there are books waiting in the wings, the basement books, the garage books, the storage locker books … They function as furniture, they prop up sagging fixtures and disguised by quilts function as tables … I can’t imagine a home without an overflow of books. The point of books is to have way too many but to always feel you never have enough, or the right one at the right moment, but then sometimes to find you’d longed to fall asleep reading the Aspern Papers, and there it is.”

“Getting blown up happened in an instant; getting put together took the rest of your life.”

“He had a thousand-year-old stare.”

“She had always been a reader … but now she was obsessed. Since her discovery of the book hoard downstairs from her job, she’d been caught up in one such collection of people and their doings after the next … The pleasure of this sort of life – bookish, she supposed it might be called, a reading life – had made her isolation into a rich and even subversive thing. She inhabited one consoling or horrifying persona after another…That she was childless and husbandless and poor meant less once she picked up a book. Her mistakes disappeared into it. She lived with an invented force.”

Find more quotes by Louise Erdrich on Wikiquote and Goodreads.