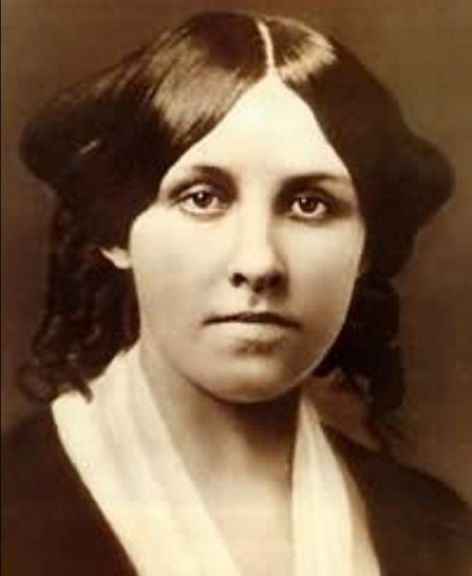 Louisa May Alcott (Germantown, PA, USA, November 29, 1832 – Boston, MA, USA, March 6, 1888) was an American novelist best known as author of the novel Little Women and its sequels Little Men and Jo’s Boys. Raised by her transcendentalist parents, Abigail May and Amos Bronson Alcott in New England, she grew up among many of the well-known intellectuals of the day such as Ralph Waldo Emerson, Nathaniel Hawthorne, and Henry David Thoreau. Nevertheless, her family suffered severe financial difficulties and Alcott worked to help support the family from an early age. She began to receive critical success for her writing in the 1860s. Early in her career, she sometimes used the pen name A. M. Barnard.

Published in 1868, Little Women is set in the Alcott family home, Orchard House, in Concord, Massachusetts and is loosely based on Alcott’s childhood experiences with her three sisters. The novel was very well received and is still a popular children’s novel today. Alcott was an abolitionist and a feminist. Never married, she died in Boston.

Read more about Louisa May Alcott on Wikipedia.

Work: A Story of Experience

“She is too fond of books, and it has turned her brain.”

“Presently, out from the wrappings came a teapot, which caused her to clasp her hands with delight, for it was made in the likeness of a plump little Chinaman … Two pretty cups with covers, and a fine scarlet tray, completed the set, and made one long to have a “dish of tea,” even in Chinese style, without cream or sugar.”

Find more quotes by Louisa May Alcott on Wikiquote and Goodreads.