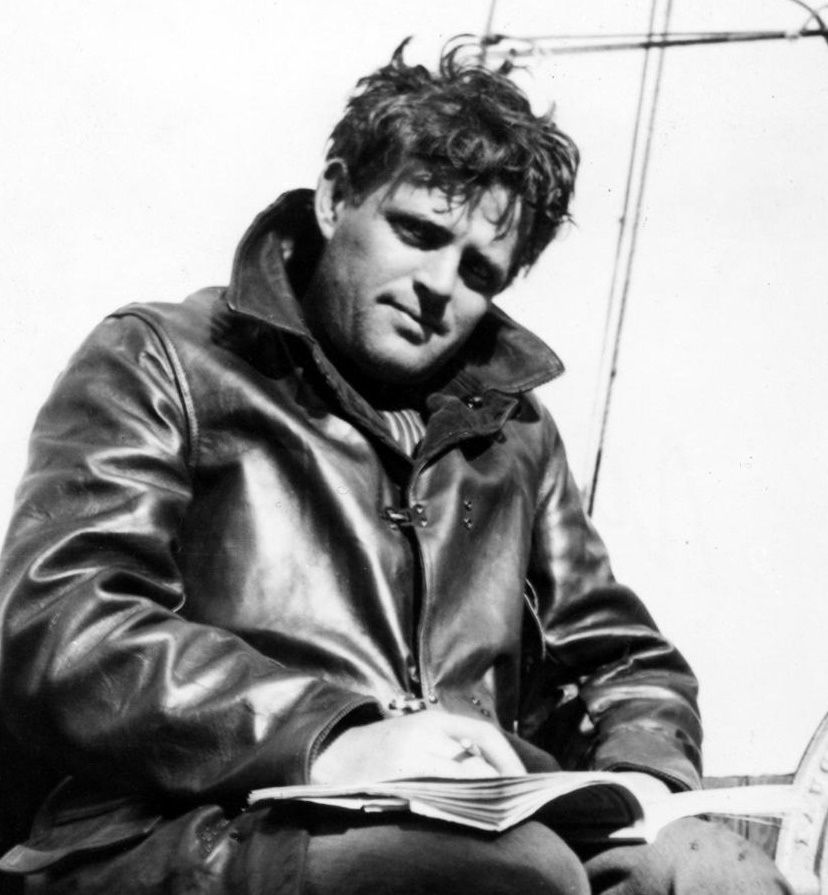 John Griffith “Jack” London (born John Griffith Chaney; San Francisco, CA, USA, January 12, 1876 – Glen Ellen, CA, USA, November 22, 1916) was an American author, journalist, and social activist. He was a pioneer in the then-burgeoning world of commercial magazine fiction and was one of the first fiction writers to obtain worldwide celebrity and a large fortune from his fiction alone. He is best remembered as the author of The Call of the Wild (1903) and White Fang (1906), both set in the Klondike Gold Rush, as well as the short stories To Build a Fire, An Odyssey of the North, and Love of Life. He also wrote of the South Pacific in such stories as The Pearls of Parlay and The Heathen, and of the San Francisco Bay area in the novel The Sea Wolf (1904).

London was a passionate advocate of unionization, socialism, and the rights of workers and wrote several powerful works dealing with these topics such as his dystopian novel The Iron Heel, his non-fiction exposé The People of the Abyss, and The War of the Classes.

London was a robust man in his youth, but suffered several serious illnesses, including scurvy in the Klondike. At the time of his death, he suffered from dysentery and uremia and late stage alcoholism. During travels on their yacht Snark, especially a 1907 cruise to Hawaii and Australia, he and his second wife Charmian may also have picked up tropical infections. He died November 22, 1916, in a sleeping porch in a cottage on his ranch. He was in extreme pain and taking morphine, and it is possible that a morphine overdose, accidental or deliberate, may have contributed to his death. His death certificate gives the cause as uremia, following acute renal colic. Many older sources describe London’s death as a suicide; this conjecture appears to be a rumor, however, or speculation based on incidents in his writings, which featured several suicides or near-suicides; perhaps most notably so the semi-autobiographical novel Martin Eden (1909) and the memoir John Barleycorn (1913), which deals with his struggles with alcoholism.

The Turtles of Tasman

“I’d rather sing one wild song and burst my heart with it, than live a thousand years watching my digestion and being afraid of the wet.”

Find more quotes by Jack London on Wikiquote and Goodreads.