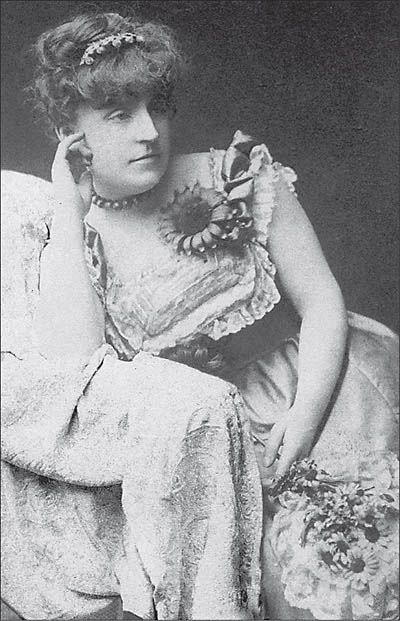 Frances Eliza Hodgson was born in Cheetham, Manchester, England. After her father died in 1853, when Frances was 3 years old, the family fell on straitened circumstances and in 1865 emigrated to the United States, settling in New Market, Tennessee. Frances began her remunerative writing career there at age 19 to help earn money for the family, publishing stories in magazines. In 1870, her mother died. In Knoxville, Tennessee in 1873 she married Swan Burnett, who became a medical doctor. Their first son Lionel was born a year later. The Burnetts lived for two years in Paris, where their second son Vivian was born, before returning to the United States to live in Washington, D.C. Burnett then began to write novels, the first of which (That Lass o’ Lowrie’s), was published to good reviews. Little Lord Fauntleroy was published in 1886 and made her a popular writer of children’s fiction, although her romantic adult novels written in the 1890s were also popular. She wrote and helped to produce stage versions of Little Lord Fauntleroy and A Little Princess.

Beginning in the 1880s, Burnett began to travel to England frequently and in the 1890s bought a home there, where she wrote The Secret Garden. Her elder son, Lionel, died of tuberculosis in 1890, which caused a relapse of the depression she had struggled with for much of her life. She divorced Swan Burnett in 1898, married Stephen Townsend in 1900, and divorced him in 1902. A few years later she settled in Plandome Manor (Nassau County, New York), where she died in 1924 and is buried in Roslyn Cemetery.

In 1936, a memorial sculpture by Bessie Potter Vonnoh was erected in her honor in Central Park’s Conservatory Garden. The statue depicts her two famous Secret Garden characters, Mary and Dickon.

Other Articles and Short Nonfiction

“‘Whatever comes,’ she said, ‘cannot alter one thing. If I am a princess in rags and tatters, I can be a princess inside. It would be easy to be a princess if I were dressed in cloth of gold, but it is a great deal more of a triumph to be one all the time when no one knows it.'”

“I am a princess. All girls are. Even if they live in tiny old attics. Even if they dress in rags, even if they aren’t pretty, or smart, or young. They’re still princesses.”

“Perhaps to be able to learn things quickly isn’t everything. To be kind is worth a great deal to other people…Lots of clever people have done harm and have been wicked.”

“There’s nothing so strong as rage, except what makes you hold it in — that’s stronger.”

“Never did she find anything so difficult as to keep herself from losing her temper when she was suddenly disturbed while absorbed in a book. People who are fond of books know the feeling of irritation which sweeps over them at such a moment. The temptation to be unreasonable and snappish is one not easy to manage.”

“She did not care very much for other little girls, but if she had plenty of books she could console herself.”

“‘I dare say it is rather hard to be a rat,’ she mused. ‘Nobody likes you. People jump and run away and scream out: ‘Oh, a horrid rat!’ I shouldn’t like people to scream and jump and say: ‘Oh, a horrid Sara!’ the moment they saw me, and set traps for me, and pretend they were dinner. It’s so different to be a sparrow. But nobody asked this rat if he wanted to be a rat when he was made. Nobody said: ‘Wouldn’t you rather be a sparrow?'”

“If she had cried and sobbed and seemed frightened, Miss Minchin might almost have had more patience with her. She was a woman who liked to domineer and feel her power, and as she looked at Sara’s pale little steadfast face and heard her proud little voice, she felt quite as if her mind was being set at naught.”

“Give her books, and she would devour them and end by knowing them by heart.”

“The very fact that she never made an impudent answer seemed to Miss Minchin a kind of impudence in itself.”

“Two things cannot be in one place. Where you tend a rose my lad, a thistle cannot grow.”

“I am sure there is Magic in everything, only we have not sense enough to get hold of it and make it do things for us.”

Little Saint Elizabeth and Other Stories: Behind the White Brick

“Folks who make such a fuss about their rights turn them into wrongs sometimes.”

“‘Tis a barbaric fancy,’ said Roxholm thoughtfully as he turned the stem of his glass, keeping his eyes fixed on it as though solving a problem for himself. ‘A barbaric fancy that a woman needs a master. She who is strong enough is her own conqueror – as a man should be master of himself.'”