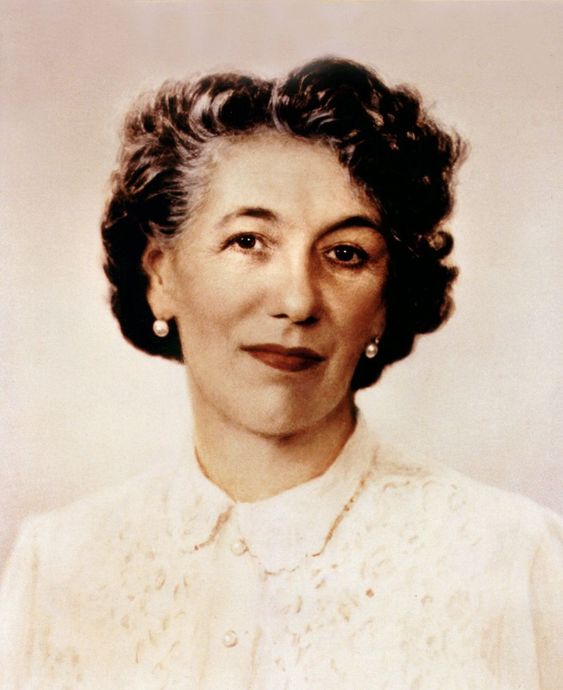 Enid Mary Blyton (London, England, August 11, 1897 – London, England, November 28, 1968) was an English children’s writer whose books have been among the world’s best-sellers since the 1930s, selling more than 600 million copies. Blyton’s books are still enormously popular, and have been translated into 90 languages. As of June 2018, Blyton is in the 4th place for the most translated author. She wrote on a wide range of topics including education, natural history, fantasy, mystery, and biblical narratives and is best remembered today for her Noddy, Famous Five, Secret Seven, and Malory Towers, and St. Clares series.

Her first book, Child Whispers, a 24-page collection of poems, was published in 1922. Following the commercial success of her early novels such as Adventures of the Wishing-Chair (1937) and The Enchanted Wood (1939), Blyton went on to build a literary empire, sometimes producing fifty books a year in addition to her prolific magazine and newspaper contributions. Her writing was unplanned and sprang largely from her unconscious mind: she typed her stories as events unfolded before her. The sheer volume of her work and the speed with which it was produced led to rumours that Blyton employed an army of ghost writers, a charge she vigorously denied.

Blyton’s work became increasingly controversial among literary critics, teachers and parents from the 1950s onwards, because of the alleged unchallenging nature of her writing and the themes of her books, particularly the Noddy series. Some libraries and schools banned her works, which the BBC had refused to broadcast from the 1930s until the 1950s, because they were perceived to lack literary merit. Her books have been criticised as being elitist, sexist, racist, xenophobic and at odds with the more progressive environment emerging in post-Second World War Britain, but they have continued to be best-sellers since her death in 1968.

She felt she had a responsibility to provide her readers with a strong moral framework, so she encouraged them to support worthy causes. In particular, through the clubs she set up or supported, she encouraged and organised them to raise funds for animal and paediatric charities. The story of Blyton’s life was dramatised in a BBC film entitled Enid, featuring Helena Bonham Carter in the title role and first broadcast in the United Kingdom on BBC Four in 2009. There have also been several adaptations of her books for stage, screen and television.

The Children of Cherry Tree Farm

“You are honest enough by nature to be able to see and judge your own self clearly – and that is a great thing. Never lose that honesty, Bobby – always be honest with yourself, know your own motives for what they are, good or bad, make your own decisions firmly and justly – and you will be a fine, strong character, of some real use in this muddled world of ours!”

“You think if someone does a brave deed quite suddenly, then he or she could never do a mean one? You are wrong. We all have good and bad in us, and we have to strive all the time to make the good cancel out the bad. We can never be perfect – we all of us do mean or wrong things at times – but we can at least make amends by trying to cancel out the wrong by doing something worthy later on.”

“The best way to treat obstacles is to use them as stepping-stones. Laugh at them, tread on them, and let them lead you to something better.”

“Hatred is so much easier to win than love – and so much harder to get rid of.”

The Naughtiest Girl in the School

“I wonder where you got that idea from? I mean, the idea that it’s feeble to change your mind once it’s made up. That’s a wrong idea, you know. Make up your mind about things, by all means – but if something happens to show that you are wrong, then it is feeble not to change your mind, Elizabeth. Only the strongest people have the pluck to change their minds, and say so, if they see they have been wrong in their ideas.”

The Castle of Adventure

“‘I don’t feel at all brave,’ thought Jack, ‘but I suppose a person is really bravest when he does something although he is frightened. So here goes!'”