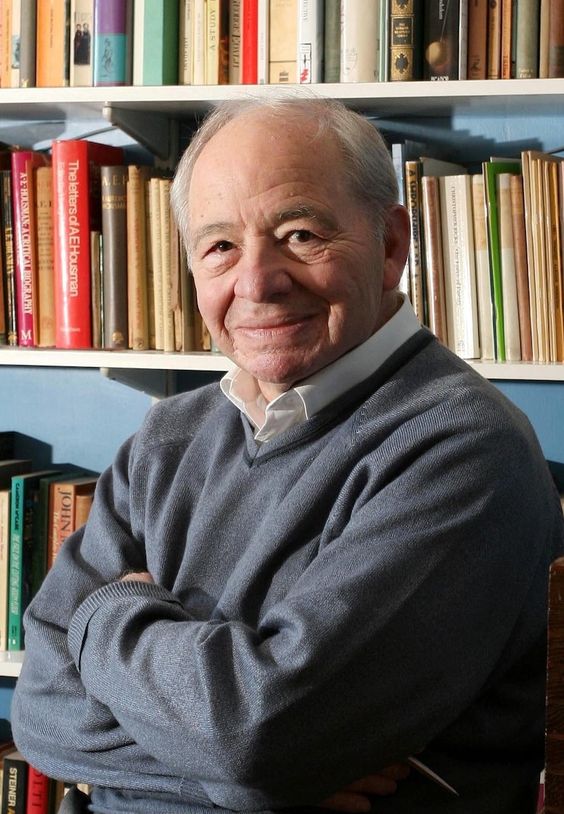 Norman Colin Dexter OBE (Stamford, UK, September 29, 1930 – Oxford, UK, March 21, 2017) was an English crime writer known for his Inspector Morse series of novels, which were written between 1975 and 1999 and adapted as an ITV television series, Inspector Morse, from 1987 to 2000. His characters have spawned a sequel series, Lewis, and a prequel series, Endeavour.

Dexter began writing mysteries in 1972 during a family holiday. Last Bus to Woodstock was published in 1975 and introduced the character of Inspector Morse, the irascible detective whose penchants for cryptic crosswords, English literature, cask ale, and music by composer Wagner reflect Dexter’s own enthusiasms. Dexter’s plots are characterized by a lavish employ of false leads and other red herrings; in keeping with Morse’s (and Dexter’s) love of crossword puzzles, the path to the solution is often found by deciphering an anagram. The name of the series’s main character, Morse, is a bow to the author’s friend, Sir Jeremy Morse, a crossword devotee like Dexter himself (not, as would at first sight seem to be the case, a reference to Dexter’s military service as a Morse code operator in the Royal Corps of Signals).

The success of the 33 two-hour episodes of the ITV television series Inspector Morse, produced between 1987 and 2000, brought further attention to Dexter’s writings. In the manner of Alfred Hitchcock, Dexter made a cameo appearance in almost all episodes. The series’s theme music includes the Morse code for the name “Morse”.

From 2006 to 2016, Morse’s assistant featured in a 33-episode ITV series titled Lewis, with Kevin Whateley, who had also played Lewis in the main Inspector Morse series, reprising the role in the sequel named for his character. – A prequel series, Endeavour, featuring a young Morse and starring Shaun Evans and Roger Allam, began airing on the ITV network in 2012. Dexter was a consultant in the first few years of the program. As with Morse, Dexter occasionally made cameo appearances in Lewis and Endeavour. Endeavour has aired seven series, with the eighth series expected to take young Morse’s career into 1971.

The Wench is Dead

“He was somewhat of a loner by temperament – because though never wholly happy when alone, he was usually slightly more miserable when with other people.”

The Riddle of the Third Mile

“It is strange to relate (for a man in his profession) that in addition to incurable acrophobia, arachnophobia, myophobia, and ornithophobia, Morse also suffered from necrophobia; and had he known what awaited him now, it is doubtful whether he would have dared to view the horridly disfigured corpse at all.”

“During the few minutes that Lewis was away, Morse was acutely conscious of the truth of the proposition that the wider the circle of knowledge the greater the circumference of ignorance.”

Morse’s Greatest Mystery and Other Stories

“Wives invariably flourish when deserted; it is the deserting male who often ends in disaster.”

“As he lay abed on Sunday, 21 September, Morse was beset by the nagging feeling that there was so much to be done if only he could summon up the mental resolve to begin. It was like deferring a long-promised letter; the intention lay on the mind so heavily that the simple task seemed progressively to assume almost gigantic proportions.”

Death Is Now My Neighbor

“He poured himself a good measure of Glenfiddich; and shortly thereafter fell deeply asleep in the chair for more than two hours. Bliss.”

Find more quotes by Colin Dexter on Wikiquote and Goodreads.