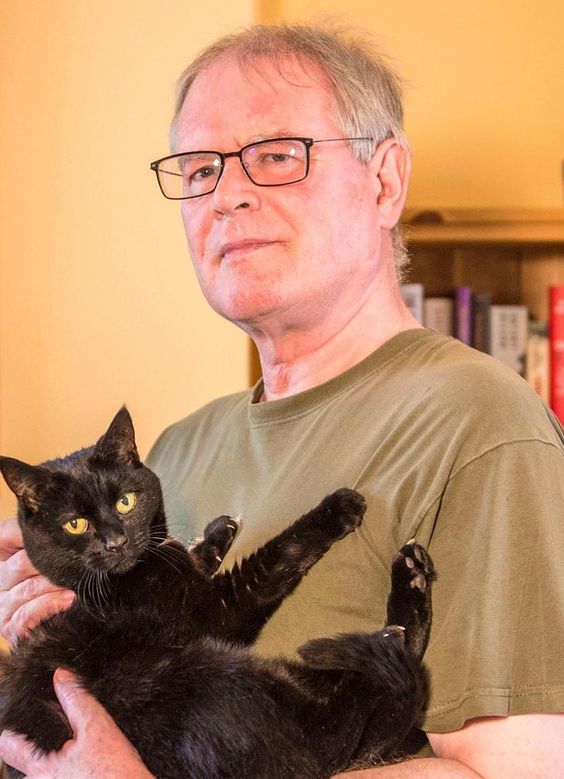 Christopher John (C.J.) Sansom (born Edinburgh Scotland, 1952) is a British writer of historical crime novels. He was educated at George Watson’s College in Edinburgh, the city of his birth, and subsequently at the University of Birmingham, where he took a BA and then a PhD in history. After working in a variety of jobs, he decided to retrain as a solicitor. He practised in Sussex as a lawyer for the disadvantaged, before leaving the legal profession to become a full-time writer. He lives in Sussex.

Sansom came to prominence with the Shardlake series, his historical mystery series set in the reign of Henry VIII in the 16th century and focusing on a hunchbacked lawyer named Matthew Shardlake, who works on commission initially from Thomas Cromwell, then from Archbishop Thomas Cranmer, Queen Catherine Parr and finally Princess Elizabeth (later Queen Elizabeth I). Dark Fire, the second book from the series, won the 2005 Crime Writers’ Association Historical Dagger. A 2007 Sunday Times review of Sovereign, the third Shardlake book, praised the series for bringing to life the sounds and smells of Tudor England. The first book of the series, Dissolution, was adapted in 10 episodes for BBC Radio 4 in September 2012, and Revelation (the fourth book) in March 2017.

Sansom explained his reasons for making his protagonist a barrister, in a 2010 interview with The Guardian:

“I thought it made sense for Shardlake to be a lawyer for a number of reasons. First, the law was my profession: I find legal practice endlessly interesting. Second, it existed then and now, so it provides a point of contact for readers. And third, it’s democratic: it offers a way into any number of mysteries, and puts Shardlake in the way of an endless variety of characters.”

Sansom also said in the same interview that he plans to write further Shardlake novels taking the lawyer into the reign of Elizabeth I:

“Under [Queen] Mary, because of his Protestant connections, he might end up in exile, perhaps even in Calvin’s Geneva. And it would be nice to carry on into Elizabeth’s time, and have someone I actually like on the throne. Shardlake meets Elizabeth in Heartstone, when she’s just 11. By the time she comes to the throne, he will be long in the tooth and so will I, but I’d like to develop their relationship.”

He has also written Winter in Madrid, a thriller set in Spain in 1940 in the aftermath of the Spanish Civil War and Dominion, an alternate history novel set in a Britain following a fictional Axis victory in World War II.

“In worshipping their nationhood men worship themselves and scorn others, and that is no healthy thing.”

“It seems a universal rule in this world that people will always look for victims and scapegoats, does it not? Especially at times of difficulty and tension.”

“Around thrones the thunder rolls.”

“But since printing came in no one wants illustrated works, they are happy with these cheap books with their ugly, square letters all squashed together.”

“How men fear the chaos of the world, I thought, and the yawning eternity hereafter. So we build patterns to explain its terrible mysteries and reassure ourselves we are safe in this world and beyond.”

“This new world was no Christian commonwealth; it never would be. It was in truth no better than the old, no less ruled by power and vanity.”

“Man is an angry, savage being. Sometimes faith becomes an excuse for battle. It is no real faith then. In justifying their positions in the name of God, men silence God.”

“Have you ever thought what a God would be like who actually ordained and executed the cruelty that is in [the biblical Book of Revelation]? A holocaust of mankind. Yet so many of these Bible-men accept the idea without a second thought.”

“Like all lawyers, I was delighted by gratitude. It happened so rarely.”

“It has become a world of black and white, Matthew, a Manichean world where preachers encourage everyone to rush towards a conflict between good and evil. Each knowing, of course, that their own side is entirely in the right.”

“‘Fanatics on both sides,’ old Ryprose said gloomily. ‘And all we poor ordinary folk in the middle. Sometimes I fear they will bring death to us all.'”

“It has driven men to extremes, to the impious arrogance of believing they alone can comprehend the vast mysteries of Scripture, let alone the mind of God. Such people are incapable of understanding even their own minds, for they confuse their own needs, for certainty or power, with God’s voice speaking to them.”

From the author’s concluding Historical Note:
“Many [Tudor-era religious radicals] believed then, exactly as Christian fundamentalists do today, that they lived in the ‘last days’ before Armageddon and, again just as now, saw signs all around in the world that they took as certain proof that the Apocalypse was imminent. Again like fundamentalists today, they looked on the prospect of the violent destruction of mankind without turning a hair. The remarkable similarity between the first Tudor Puritans and the fanatics among today’s Christian fundamentalists extends to their selective reading of the Bible, their emphasis on the Book of Revelation, their certainty of their rightness, even to their phraseology. Where the Book of Revelation is concerned, I share the view of Guy, that the early church fathers released something very dangerous on the world when, after much deliberation, they decided to include it in the Christian canon.”

“Never in England were there so many gentlemen and so little gentleness.”

“I took the book and glanced at the page Guy was reading. I quoted, ‘The rich man’s substance is the wellspring of the poor man’s living.’ Ah yes, that theory, that as the rich grow richer their wealth trickles down to the poor like sand. Well, I have been practising law twenty-five years and all I have seen is it trickle ever upwards.”

“Whenever a party tells you national identity matters more than anything else in politics, that nationalism can sort out all the other problems, then watch out, because you’re on a road that can end with fascism.”

“We used to think British people could never become Fascists, or Fascist collaborators. But they can. I suppose anybody can, given the right set of circumstances.”