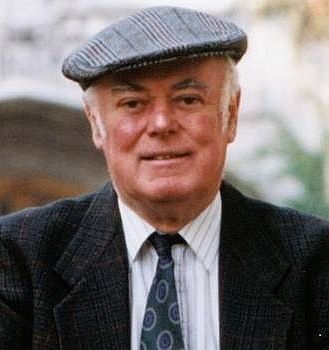 Alistair Macleod, OC FRSC (North Battleford, Saskatchewan, Canada, July 20, 1936 – Windsor, Ontario, Canada, April 20, 2014) was a noted Canadian novelist, short story writer and academic, and recipient of the 2009 PEN/Malamud Award for Short Fiction (jointly with Amy Hempel). His powerful and moving stories vividly evoke the beauty of Cape Breton Island’s rugged landscape and the resilient character of many of its inhabitants, the descendants of Scottish immigrants, who are haunted by ancestral memories and who struggle to reconcile the past and the present. Macleod has been praised for his verbal precision, his lyric intensity and his use of simple, direct language that seems rooted in an oral tradition.

Although he is particularly known as a master of the short story, MacLeod’s 1999 novel No Great Mischief was voted Atlantic Canada’s greatest book of all time. The novel also won several literary prizes, including the 2001 International IMPAC Dublin Literary Award.

In 2000, Macleod’s two books of short stories, The Lost Salt Gift of Blood (1976) and As Birds Bring Forth the Sun and Other Stories (1986), were re-published in the volume Island: The Collected Stories. In a May 2000 Calgary Herald article, Macleod is quoted as comparing his fiction writing to playing an accordion: “When I pull it out like this,” he explained, “it becomes a novel, and when I compress it like this, it becomes this intense short story.”

Macleod taught English and creative writing for more than three decades at the University of Windsor, but returned every summer to the Cape Breton cabin on the Macleod homestead where he did much of his writing. In the introduction to a book of essays on his work, editor Irene Guilford concluded: “Alistair Macleod’s birthplace is Canadian, his emotional heartland is Cape Breton, his heritage Scottish, but his writing is of the world.”

“No one has ever said that life is to be easy. Only that it is to be lived.”