So here’s my super-shiny, super-pretty, brand-spanking new card, with very many thanks to Moonlight Reader, um,  Madness: 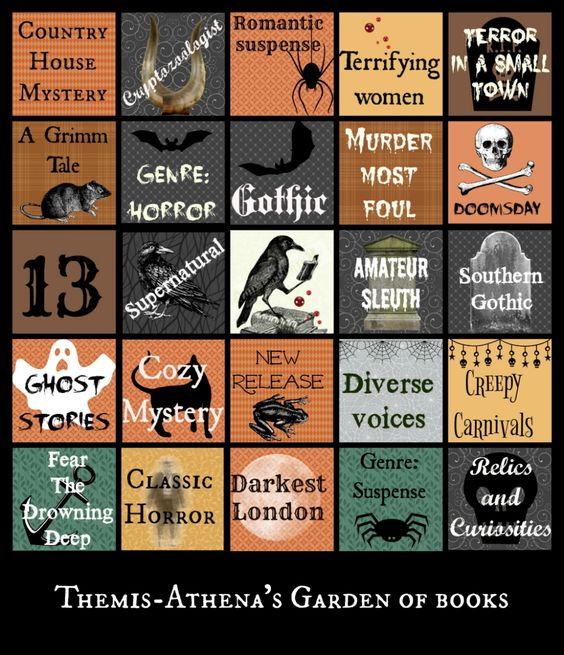 Country House Mystery: No specific idea yet, but I’ll try to combine this one with my Detection Club quest, if possible.

Romantic Suspense: I still haven’t gotten around to the book I was planning to read for this square last year, Candace Robb’s Apothecary Rose.  Either that or something by Mary Stewart.

Terrifying Women: If I don’t come up with anything more specific, likely either Shirley Jackson or Patricia Highsmith.

Terror in a Small Town: Another one to combine with my Detection Club quest.

Gothic: I’ve been planning, for quite a while, to do a comparison listen & review of the two audio versions of Du Maurier’s Rebecca that I own on CD (read by Emma Fielding and Anna Massey, respectively) — this just might be the moment to finally get around to doing that.

Murder Most Foul: … and another one to combine with my Detection Club quest.

Doomsday: If MM OK’s it, Scott Lynch, The Lies of Locke Lamora.  Otherwise, possibly one of Sheri S. Tepper’s dystopias.  Or if I feel like I need some comic relief, I might just revisit Neil Gaiman & Terry Pratchett’s Good Omens., what with a screen adaptation now in the works and all.

Amateur Sleuth: Amateur sleuths are a golden age mystery staple, so … another category suggesting itself for combination with my Detection Club quest.

Ghost Stories: Wilkie Collins: The Woman in White (Nigel Anthony / Susan Jameson audio).  (Might switch this one with “Classic Horror”, though, see below.)

Cozy Mystery: Yet another possible combination with my Detection Club quest.

Fear the Drowning Deep: No idea yet — I’ll probably be revisiting a classic here.

Classic Horror: Edith Wharton’s or Charles Dickens’s ghost stories (but might switch this one with category “Ghost Stories,” see above).

Darkest London: If I feel up to yet another 600+ page whopper (besides the new C.J. Sansom), J.K. Rowling aka Robert Galbraith’s Lethal White. Or Andrew Taylor, The American Boy (Alex Jennings audio).  Otherwise, obviously one more category that suggests itself for combination with my Detection Club quest.

Relics and Curiosities: Probably one of the Medieval Murderers books I haven’t read yet.

On a related note, I was planning to use the audio version of Their Lost Daughters by Joy Ellis for “Modern Noir” — since I didn’t happen to end up with that category, I’m pretty much hell-bent on working it into another category.  It’s read by Richard Armitage and I already downloaded it (had, in fact, before MM even posted her first “Halloween Bingo” alerts) … there is no way I will not be using it as part of the bingo!

Though all told, it’s probably just as well we have another three weeks to go until the start, because with temperatures like these, who actually needs to read about horror?  (Sigh.) 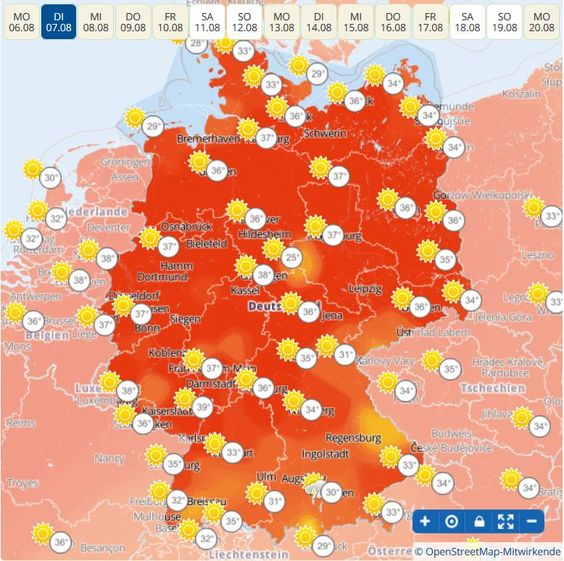 (And now I promise I’m done bitching about the weather …)