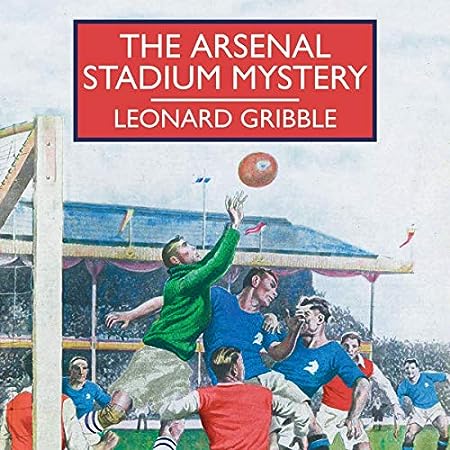 I’d set this as my book to accompany the England vs. Germany match during this year’s European football / soccer championships but I should probably make it clear that it wasn’t the fact that Germany lost (deservedly) in a major tournament match against England for the first time in decades that made me lose my patience with this book.  Rather, it was Inspector Slade himself, who is frequently unnecessarily brash and aggressive: while he makes a point of being polite to club owners and dealing with them at eye level, towards the players and coaches he’s the type of bullying cop who went out of fashion even in American TV shows and police procedurals eons ago, and I’d basically had more than enough of him already before the “real life” match even began (and ended up souring my mood even further).  It certainly also didn’t help that Gribble’s portrayal of the two main women characters is clichéd beyond endurance.

What I found even more disconcerting, however, was the book’s unwitting concurrence with this Euro championship’s events surrounding Danish star player Christian Eriksen, who, much like the victim in this book, suddenly broke down on the playing field, with his life in serious peril (in fact, his heart had stopped and it took instant emergency revival procedures to bring him back).  Now, in the real life situation, this was a shock serious enough to immediately call a halt to the match in question (Denmark vs. Finland); and when, some time later, the decision was made to resume the match after all, despite the fact that all players (but especially the Danish team of course) were profoundly traumatized, UEFA (the body organizing the European championships) were roundly — and rightly — criticized for not having any procedures in place to deal with this sort of situation, and for putting added pressure onto the already-traumatized players to make a spur-of-the-moment decision to resume the match, instead of giving them the necessary time to settle down and seek counseling if they so chose, and only resume the match on a later day.  In Gribble’s book, by contrast, the match in question is barely interrupted long enough to carry the collapsed player off the field; and moreover, even though he is visibly in mortal danger, it takes a minor eternity for a doctor to even be called (not to mention that no doctor is standing by as a matter of standard procedure to begin with).  I don’t know to what extent all of this is, in fact, reflective of football / soccer matches in the 1930s, but reading the book only a very short time after the real life events surrounding Eriksen, I found it very hard to stomach.  It may be unfair to judge a book by a recent, similar real life event, and by the standards and considerations applied to this sort of situation now, instead of those of the time when it was written, but my ratings are subjective and do reflect my personal reading enjoyment; and even a built-in concession along the lines of “it may not be you, book, but me,” thus, doesn’t do anything for my rating as such.

The mystery itself, too, only proved moderately entertaining at best; which meant that the book’s virtually sole remaining point of interest was the insight it provides into football / soccer club life and match organization in 1930s England, and that in and of itself doesn’t rate any higher than two stars at most. — A final comment, in this context, on Martin Edwards’s introduction to the book: Edwards says that in today’s environment the book’s basic setup — a professional team facing an amateur team — would no longer be imaginable: He may or may not be right about England (or any other of the several British leagues, for that matter); in any event, in leagues other than those on the British Isles, this sort of thing still happens with great regularity; Germany’s national cup, for example (the second major national competition, besides the national championship) is deliberately organized so as to include the leading amateur teams from all parts of Germany in the first round, and it is not at all unheard-of for amateur teams to survive that first round (or even several rounds) of the cup: in the 2020-21 season, a team from a regional division even made it all the way into the quarterfinals.  (The national championships, by contrast, are decided between the 18 first division teams.) 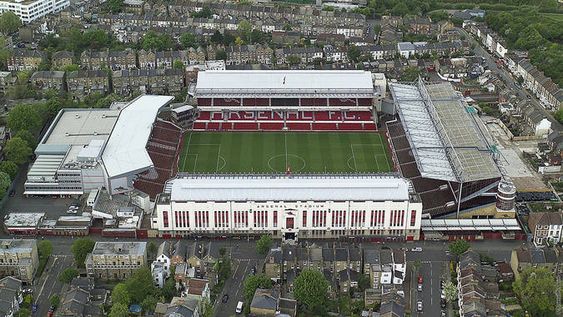