Kylie Logan: The Scent of Murder 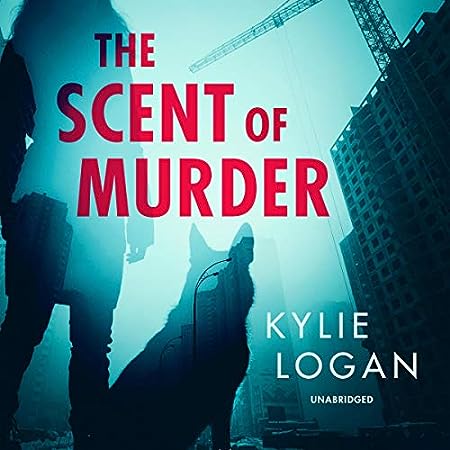 The way Jazz Ramsey figures it, life is pretty good. She is 35 years old and owns her own home in one of Cleveland’s most diverse, artsy, and interesting neighborhoods. She has a job she likes as an administrative assistant at an all-girls school and a volunteer interest that she’s passionate about — Jazz is a cadaver dog handler.

Jazz is working with Luther, a cadaver dog in training. Luther is still learning cadaver work, so Jazz is putting him through his paces at an abandoned building that will soon be turned into pricey condos. When Luther signals a find, Jazz is stunned to see the body of a young woman who is dressed in black and wearing the kind of make-up and jewelry that Jazz used to see on the Goth kids back in high school.

She is even more shocked when she realizes that, beneath the tattoos and the piercings and all that pale make up, is a familiar face.

The lead detective on the case is an ex-lover, and the murdered woman is a former student. Jazz finds herself sucked into this case, obsessed with learning the truth.

My first mystery by Logan, and by and large I liked both the writing and the story. Having a cadaver dog handler and the dog(s) she trains as main characters is certainly a novel take on an amateur detective with a legitimate “in” into the investigation (especially if, as here, the murder victim turns out to have been a student at the school where the heroine, in her day job, also happens to be administrative secretary). There’s a bit of a “failed romance” element involving the heroine and the cop officially in charge of the investigation, but this, too, is not overdone (and the reason for the relationship’s failure is an everyday down-to-earth one such as it does actually occur between grown-ups who both have to juggle their relationship and a stressful, time-consuming day job). Perhaps most importantly, unlike in 99% of amateur sleuth-driven cozy mysteries, the cop’s investigation actually is ahead of the heroine’s almost every step of the way, which also makes for a nicely realistic touch. By and large, there’s really nothing overly saccharine-laden or — amateur detective concept “as such” aside — patently untenable and unrealistic about the whole thing. — It remains to be seen how long Logan can keep the “cadaver dog handler” idea fresh (as the heroine’s initial “in” into the investigation, that is), especially given that this isn’t a book set in a small community but in Cleveland, OH, so Logan has deliberately deprived herself of the typical cozy mystery shortcuts built into a setting where everybody knows everybody else and nobody (not even the investigating police officer) finds anything hugely disturbing and unnatural about an amateur outsider sticking their curious nose into a police investigation.

Anyway, so far so enjoyable!

2 thoughts on “Kylie Logan: The Scent of Murder”